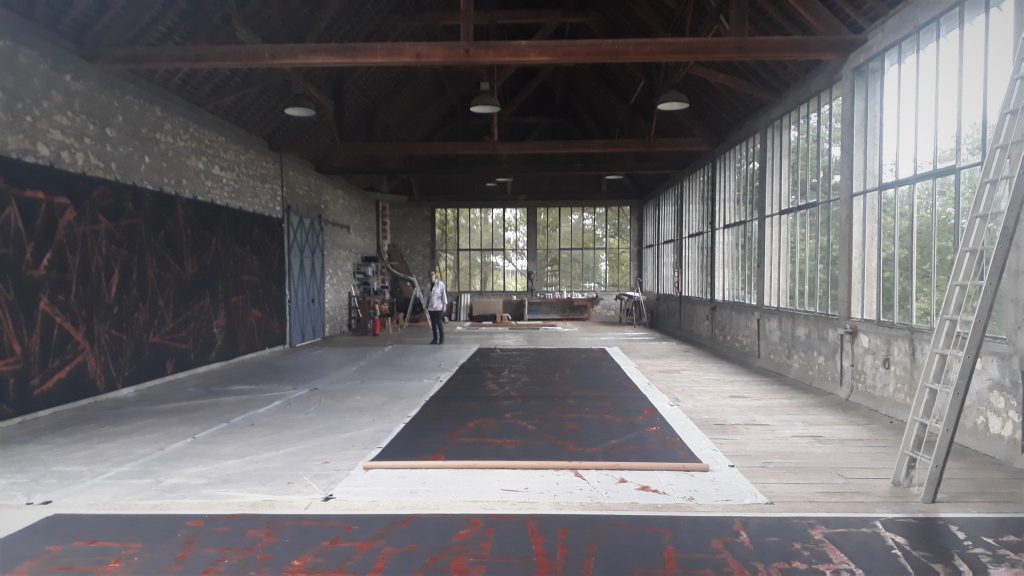 Alice Anderson in the 30m studio

Residencies can provide artists with valuable financial sustenance as well as the time and a fresh environment likely to facilitate their creative agenda. The Calder Foundation offers three months in the house and studio which Alexander Calder designed for himself just outside the small village of Saché – near Tours in central France – in 1963. This is a highly regarded opportunity, previously accepted by such as Marina Abramovic, Ernesto Neto and Sarah Sze. 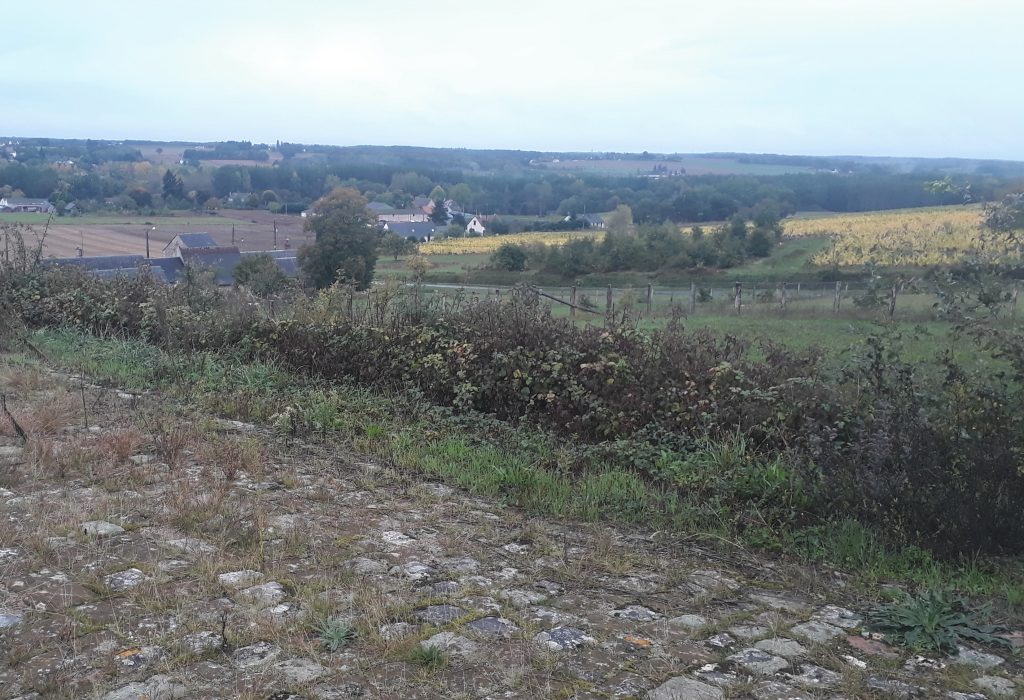 One view from a window in Calder’s studio

I visited the current recipient, Alice Anderson, and it was immediately obvious what can be gained. The spacious house is isolated in a classic Loire Valley landscape. The natural world, from which Calder abstracted many of his forms, is right up close through the extensive windows of the thirty metre long studio. Not surprisingly, Anderson is taking the chance to work on a larger scale than her London studio allows, and has been directly inspired by Calder’s architecture: the timbered roof, long windows and especially a double door with triangular patterns. It was fascinating to see the developing work next to the source of its inspiration. 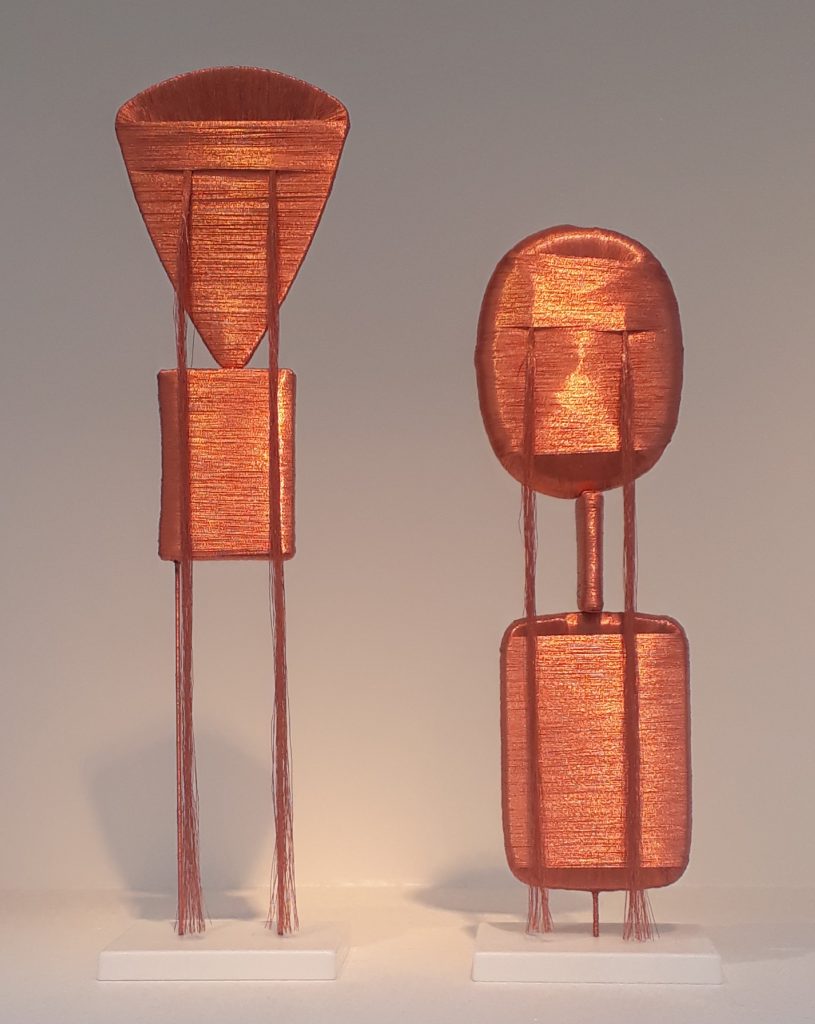 Anderson is hard at work during all the hours of daylight, yet her output so far can, paradoxically, be described as unintentional. How so? Anderson is known for film, performance, sculpture and drawing. Her best-known strand of work involves the ‘memorisation’ of objects by weaving them in copper wire (here’s my fuller account). Yet she trained as a painter. All that comes together at the studio as she makes the shapes of the studio into templates, over which she paints – dancing round the templates – on the floor. Thus she arrives, through the intermediate steps of sculpting and performing – at the painterly gesture which record both the space, and her experience of the space through her actions: painting the windows, for example, requires a different range of movement from painting the door panels. Her principal products, however, are not the shapes she paints, but the marks left on 11 metre long rolls of paper which cover the floor as she paints over the shapes. The by-product becomes the main event, as it often does in Anderson’s wider practice, which is often about accepting what you can’t control and may not even want. I reckon Calder, who reinvented sculpture as a dance driven by the chance factor of airflows, would have approved. 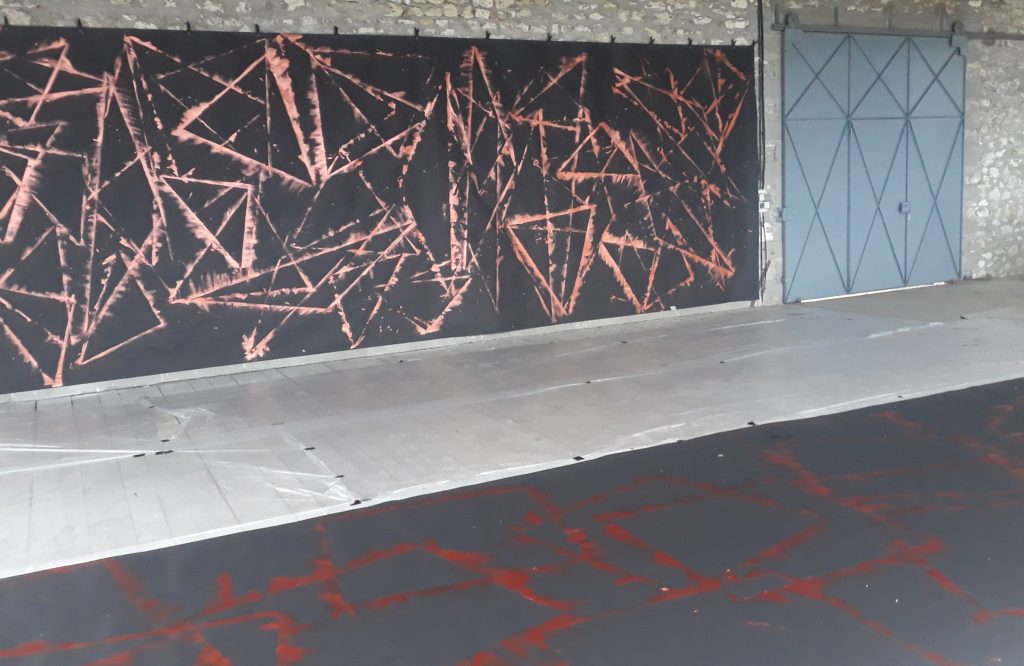 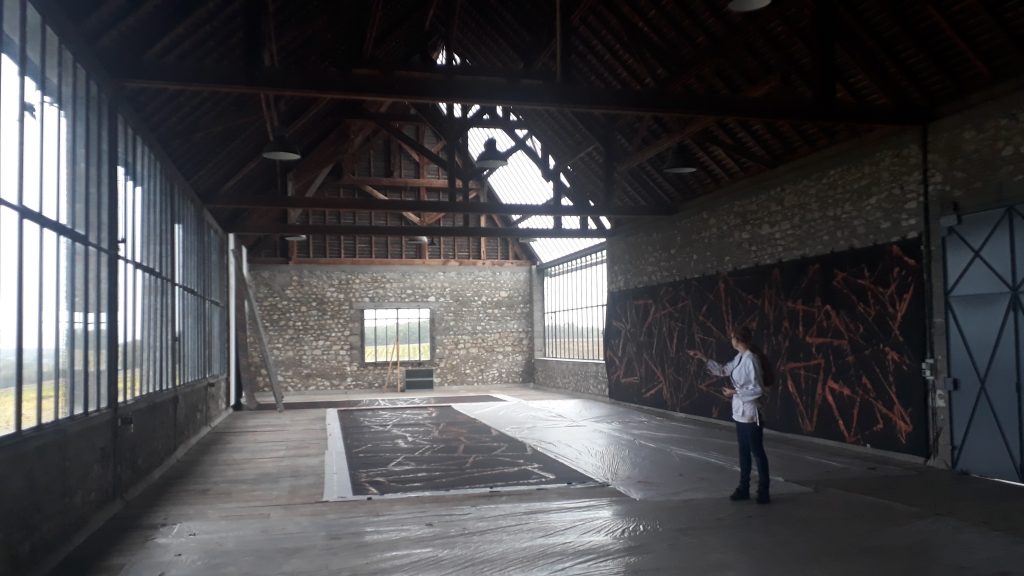