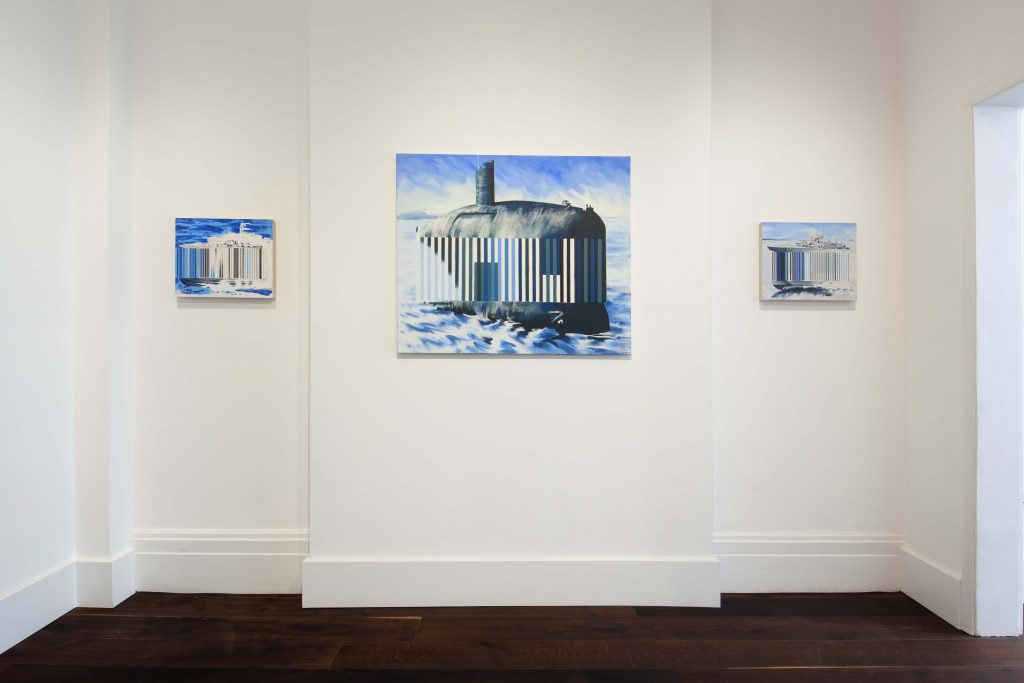 Over the last 20 years more than 60,000 migrant deaths have been recorded globally. Interested in how this humanitarian crisis has been represented in the media, Coffield began appropriating Old Master images from the National Maritime Museum, Greenwich.

He has created postmodern versions of Théodore Géricault’s The Raft of Medusa. A snapshot of a contemporary human tragedy. Unlike the direct political and emotional appeal of, say, Turner’s TheSlave Ship, the stripes veil the image. Not only do they imply barcodes and a tension between abstract formalism and figuration, but they can be read as a picket fence that corrals and imprisons these lost souls on their floating islands. The ships are both a means of escape and incarceration, for there are no points of entry or exit. 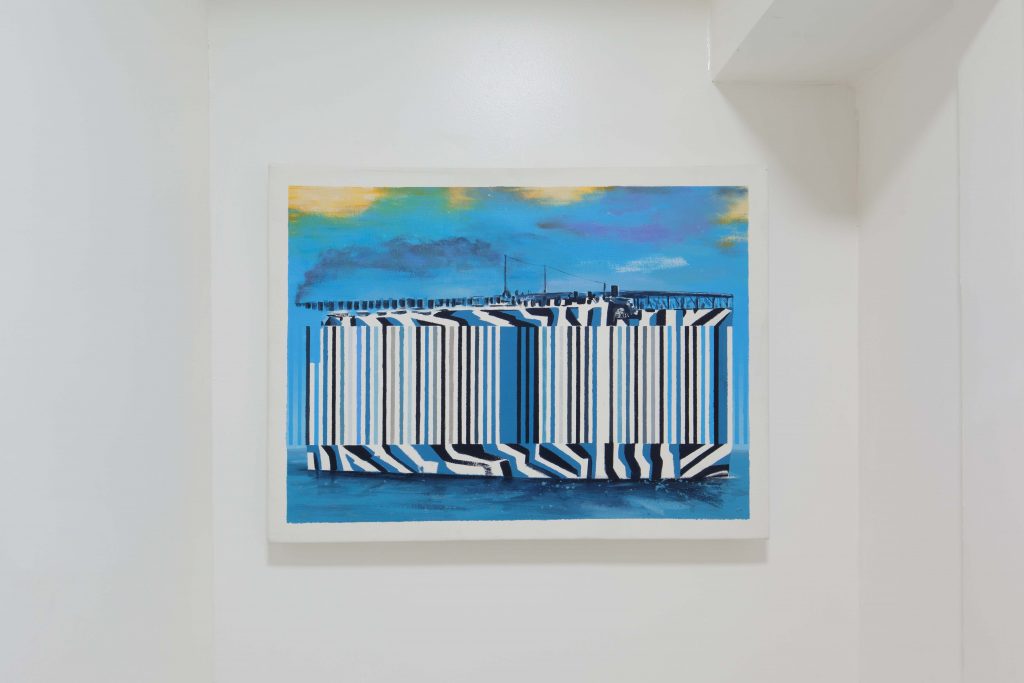 “I hope this exhibition evokes a sense of dislocation, spurring the viewer to question the moral and political crossroads our civilisation has now reached.”

“I became interested in how these images of this humanitarian crisis are represented in the media. My works take classical images and combines them with the digital glitches you get from a bad signal, breaking up the composition with coloured stripes that evoke the banality of the British seaside: bright stripy deck chairs and sticks of rock.” 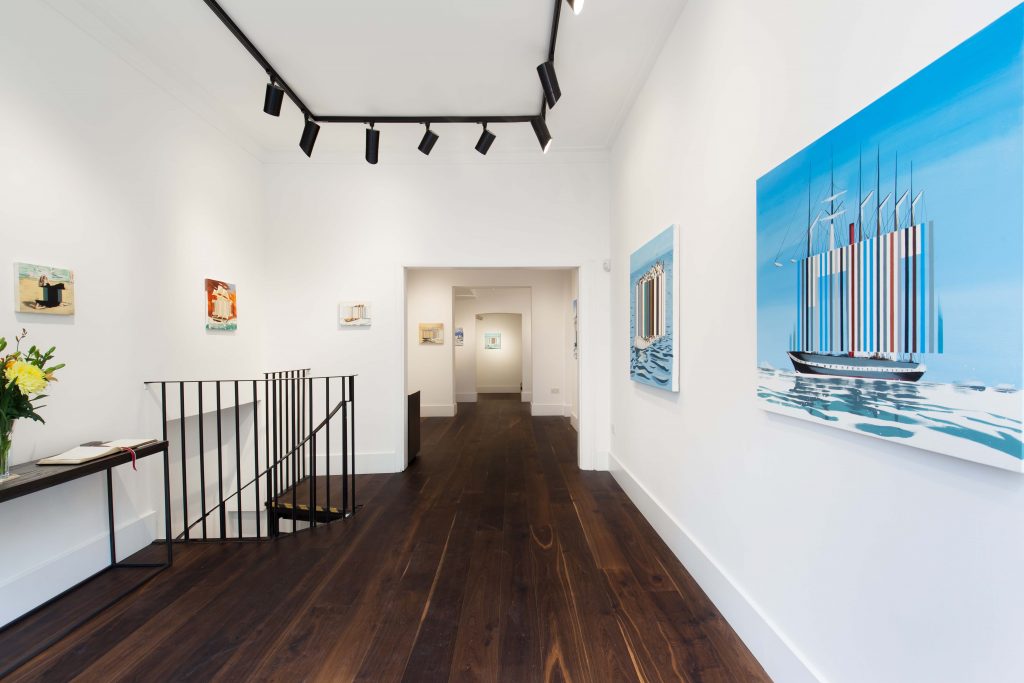 With these colourful stripes, Coffield creates an eerie juxtaposition, using the beach as a cultural
reference to explore its uses as a place of leisure as well as death. The people depicted become anonymous with these digital glitches, resembling the barcodes associated with relentless mass production, vast consumerism and scale, reinforcing the sheer quantity of people directly affected by mass migration. Coffield’s paintings evoke the duality of anonymity and individualism of migration and travel:
bringing this wave of humanity to the forefront of the viewer’s mind and exposing its unrelenting reality. Desperate, overfilling ships and boats ebb and wane in the beating sun, while the bodies of Coffield’s figurative works are left hopelessly beached. 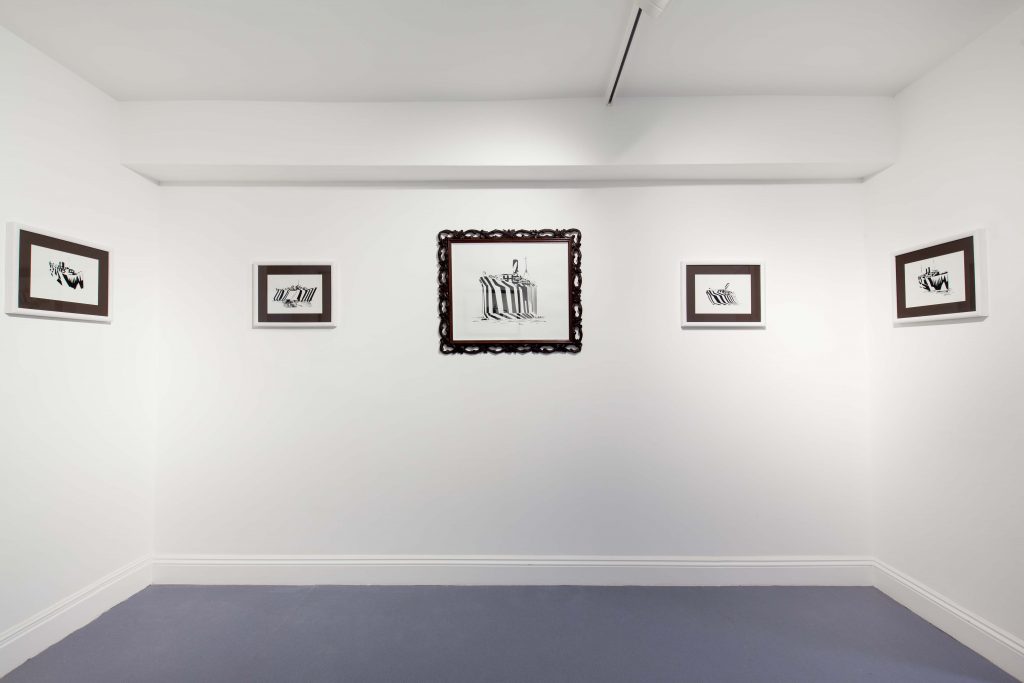 Against The Tide Darren Coffield until 8th November 2019 dellasposa.com