Art critic Tabish Khan brings you ‘The Top Art Exhibitions to see in London’. Each one comes with a concise review to help you decide whether it’s for you. All but one of last week’s top 7 are still open to visit as well: 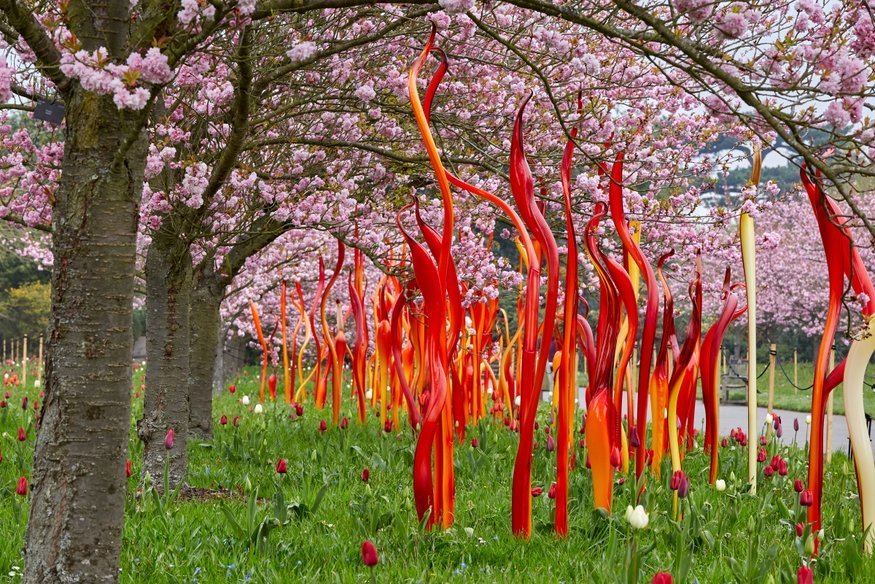 Chihuly: Reflections on Nature @ Kew Gardens
Kew Garden is a beautiful place and it’s just got that extra bit magical thanks to the introduction of Dale Chihuly’s glass sculptures that are just as colourful and mesmerising as the flowers they stand next to. Giant creations hang from the ceiling, float in a lily pond and spring forth from the ground. It’s the perfect setting for these delightful works. Click here to read my full review. Until 27 October. 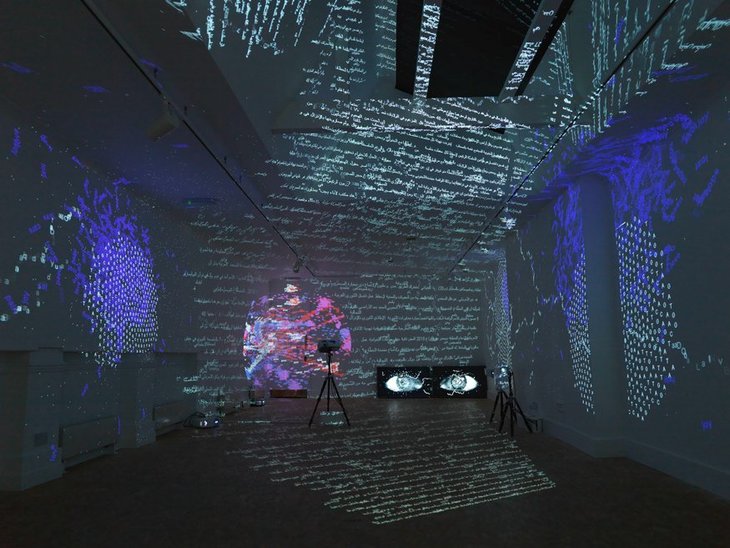 Charles Sandison: The Tyranny of Language @ HdM Gallery
Good and yes fight with evil and no — the words are projected on to a wall and attack the other side until there’s a victor. The programming ensures the outcome is random and it’s mesmerising. Charles Sandison looks at the languages we use and genetic code and then uses algorithms to recombine and mix them up. Projected on to the walls and on visitors to the show, it’s a spectacular exhibition at a time when translation software and a move away from hand writing is challenging the nature of language. Until 25 October. 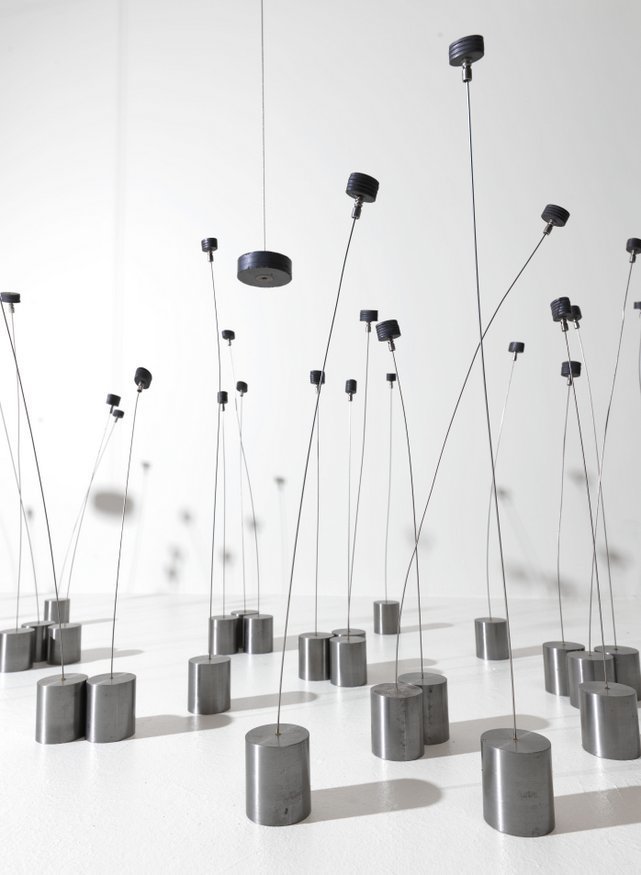 Takis @ Tate Modern
A magnet swings back and forth making metallic springs sway in the wind like reeds. Lights flash and metallic gongs resonate with a resonating ‘bong’ that breaks the reverential silence at Tate Modern. Takis is a kinetic artist who created these works over a 70 year career and the result is a loud and engaging show of kinetic art. Until 27 October. 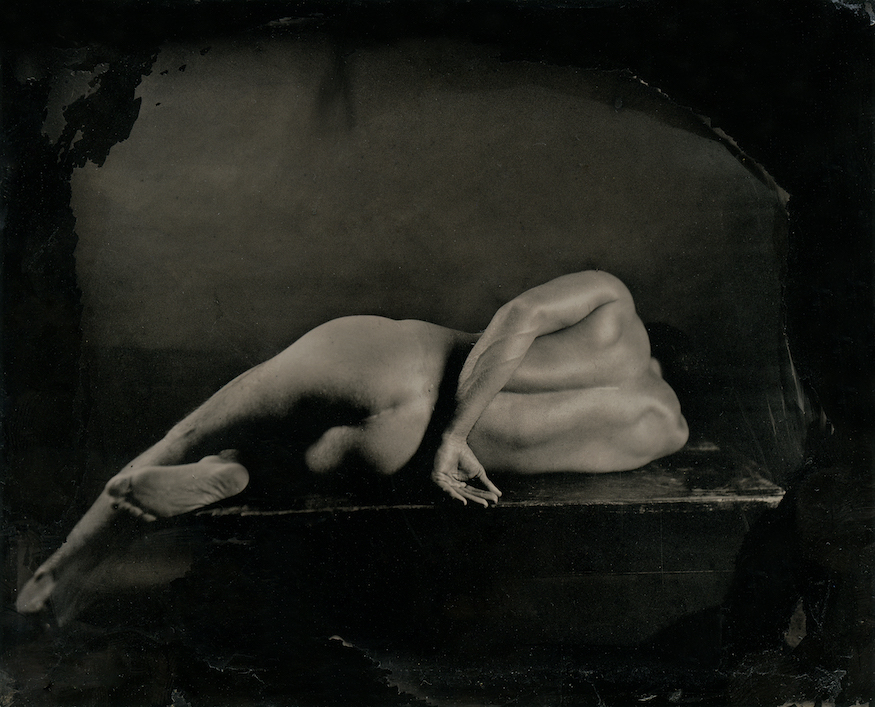 Nicolas Laborie: Sentiments Deshabilles @ Muse gallery
Does anything smell as sweet as flower? Much like humans they have to be nurtured and they grow to become beautiful. Photographer Nicolas Laborie uses the early photographic technique of wet plate collodian to bring these two worlds together with a beautiful selection of botanical images and nudes. In a superbly lit show the tools of the trade are also on display so we can see the links between the two worlds as plant products are used to make the images – a relationship that has separated as we moved into the digital age. Until 27 October. 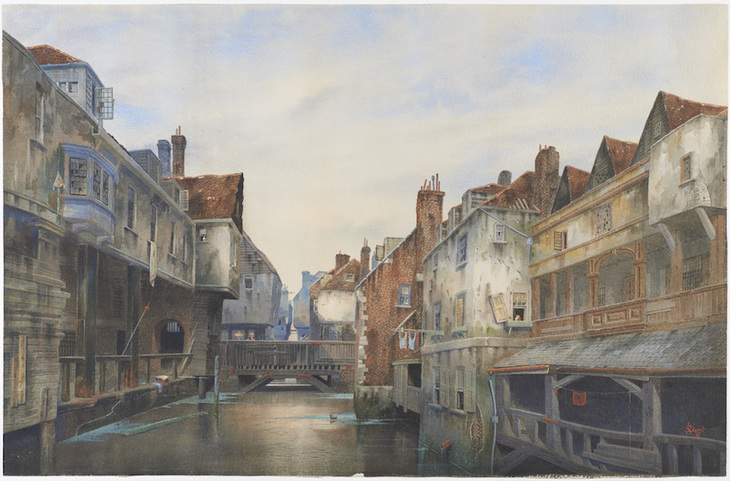 Secret Rivers @ Museum of London Docklands
What flows beneath our feet and has been consigned to the past? London is filled with hidden waterways that have been built over or rerouted. This fascinating exhibition had me looking at my home city in a different light — using art, photographs and artefacts to tell the stories of the Fleet, Tyburn and Effra. Until 27 October. 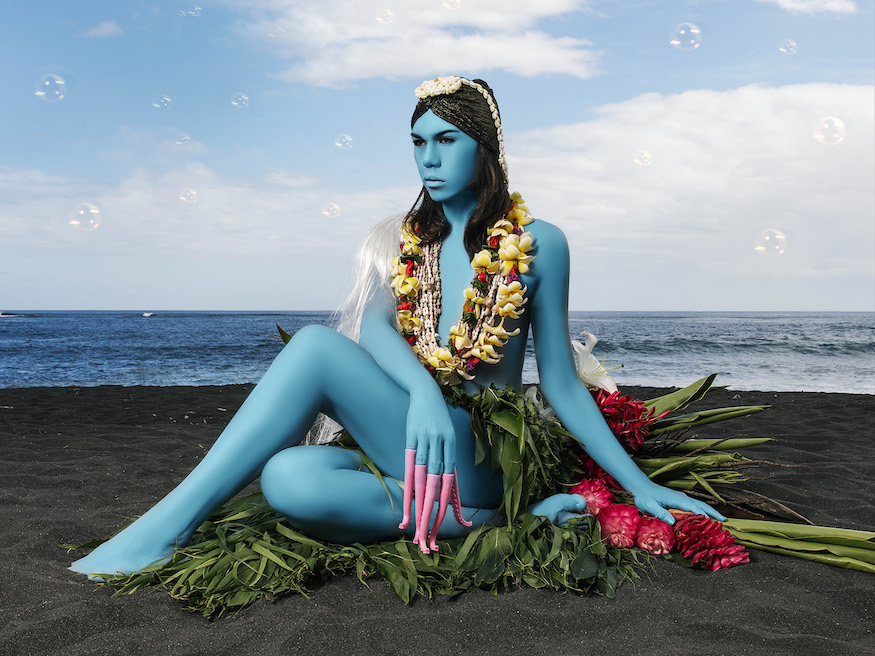 Notre Dame / Our Lady @ Boogie Wall
This Mayfair pop up bring together three female artists all looking at the themes of gender and identity. Including Delphine Diallo and Namsa Leuba who both challenge our views of ethnicity by changing the colour of their sitters’ skins. And Alice Herbst’s vintage style paintings that are akin to film stills where we have to work out the narrative in the idealised scene before us.  Until 27 October.

Feliciano Centurion: I am awake @ Cecilia Brunson
A brightly coloured bird, a lizard and a rabbit all adorn these colourful tapestries by Paraguayan artist Feliciano Centurion. He’s an artist I hadn’t heard of and this work has been sourced from his estate as he died in 1996 due to complications arising from AIDS. His work captures the flamboyance that emerged after the fall of dictatorships in Latin America and the progressive attitudes that emerged as the area became more liberal. Until 13 December.