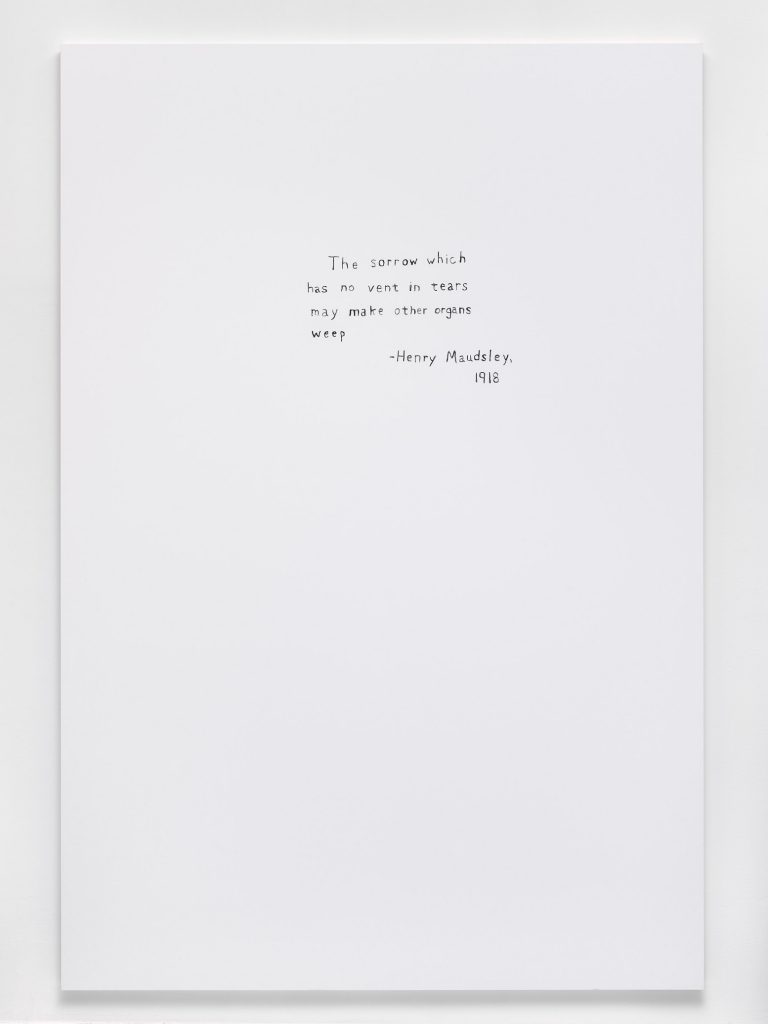 Richard Aldrich’s work – painting, sculpture, and drawing – eludes any easy interpretive category. His constantly evolving formal vocabulary is as much concerned with the depiction of figures and situations in a pictorial sense as it is with the object-hood of the surface itself. In his exhibitions, abstract painting techniques reminiscent of Neo-expressionism sit alongside figurative drawings, mixed media assemblage, painted bronze sculptures, and found objects. Other times, Aldrich’s paintings comprise sections of the canvas cut away to reveal their timber backing, or fragments of previous works combined with spare, elliptical words. References within his work stretch across centuries of art history and popular culture. From the painterly approaches of French Post-Impressionist artists Vuillard, Bonnard and Roussel, to contemporary musical influences such as Nina Simone and the Velvet Underground, his works reveal a gathering of models and influences that, in the end, are both collectively owned and yet personally felt.

Aldrich’s exhibition at Modern Art will include sculptures and paintings, both old and new, made over the past decade, including a selection of recent paintings that have not previously been shown. This non-linear selection of works is characteristic of his approach to exhibitions, and of his practice more generally. Unconcerned with showing development or progression, Aldrich’s exhibitions tend instead to be a grouping of moments in time: previous works are reused as referential missives, both to passages in his life and to perspectives on cultural and art. As such, time and memory become a medium to be shaped and moulded, forming the central element of Aldrich’s complex and particular sensibility in which material exploration and conceptual systems are equally important tools in his efforts to understand, organise and communicate experience: visual, personal and historical.