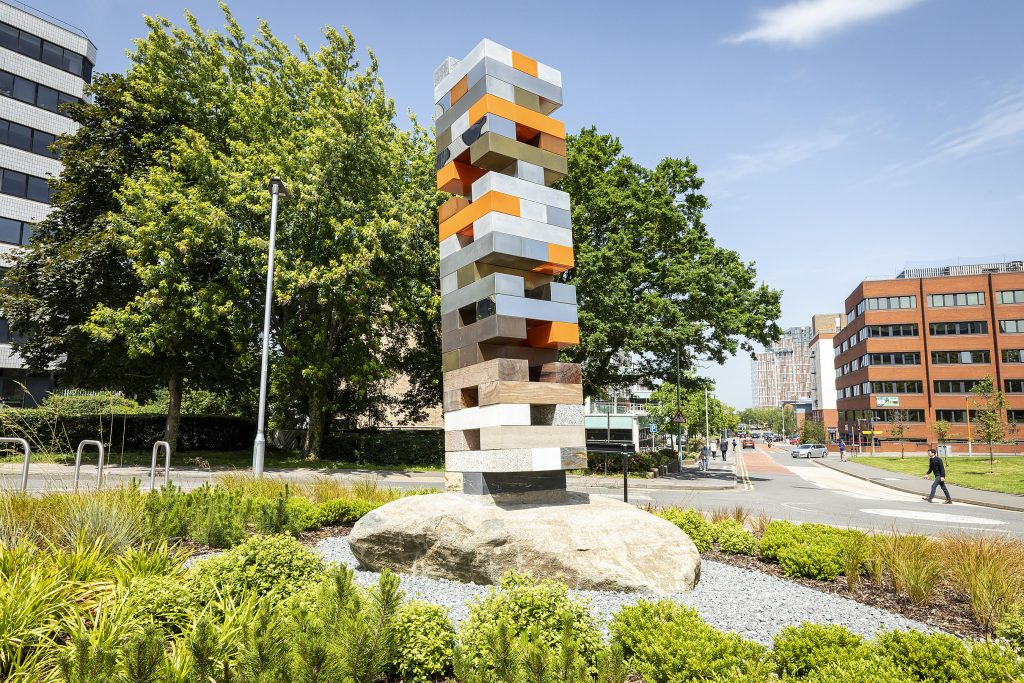 I like it when art takes me somewhere I might not otherwise go. Bracknell, the Berkshire new town of 100,000 where many IT companies have their offices, has something of Slough’s unglamorous cachet without the double-edged compensation of having been the setting for ‘The Office’. Go there by train, though, and before you’ve even worked out how to reach the comprehensive range of big brands occupying the rather airport-like High Street, you will come across a striking new public sculpture. I can imagine Samuel Zealey’s ‘Onyo’ being nicknamed ‘The Leaning Tower of Lego’, and I don’t doubt the challenge of scaling it will prove irresistible to plenty of teens. Such channels of engagement are just what you want in a public sculpture – it’s strong enough for the climbers – but Onyo is also worth a proper look. The structure is jaunty, bright and stable, consistent with the optimism of urban regeneration. That, perhaps, is where the Duplo / Lego /Jenga echo comes in as a playful take on building projects. Yet there is a darker side. The key is in the many materials, which – as you ascend the structure – present a timeline: a granite bedrock from prehistoric times; York stone, slate, marble, Portland stone, as used in traditional buildings; the tropical woods which arrived as sea trade developed; and metals from the copper, bronze and iron of their respective eponymous ages to modern alloys such as stainless steel and aluminium. The angle of lean represents a tipping point after all that history, such as we so often read we are reaching through our cumulative impacts on the environment. That just leaves the matter of the title. ‘Onyo’ is the West African word for ‘precarious’, a fair description of the position of our civilisation. Will there be another generation of materials? We have been diverted, entertained, warned – and given a reason to stop off at Bracknell. 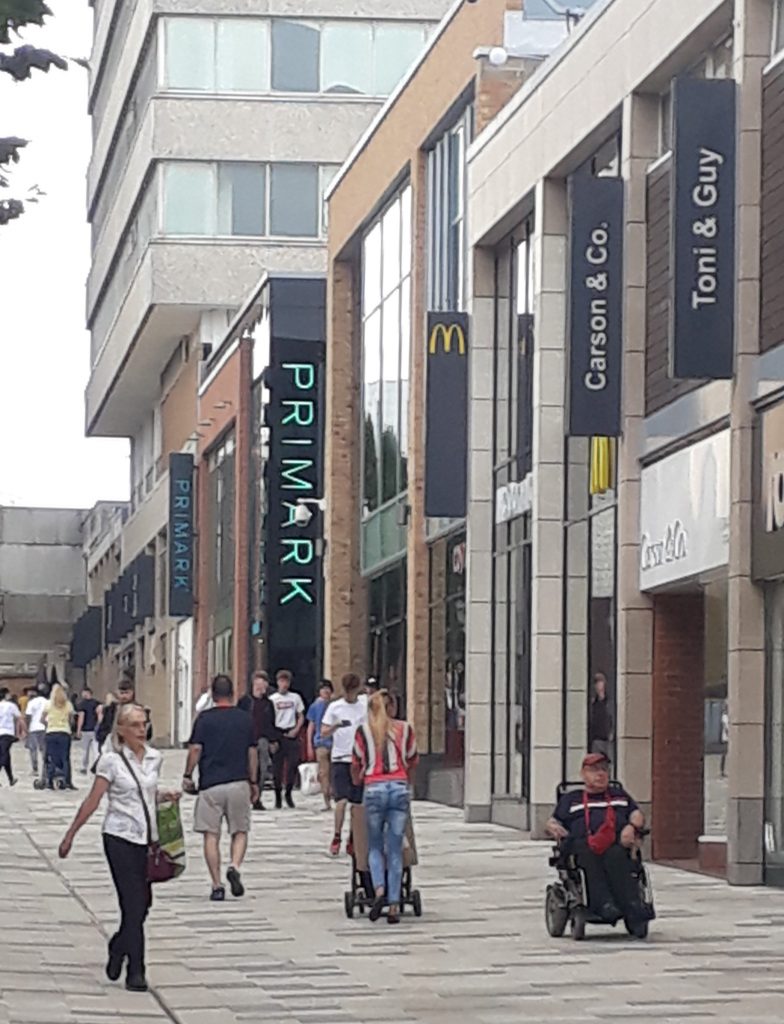