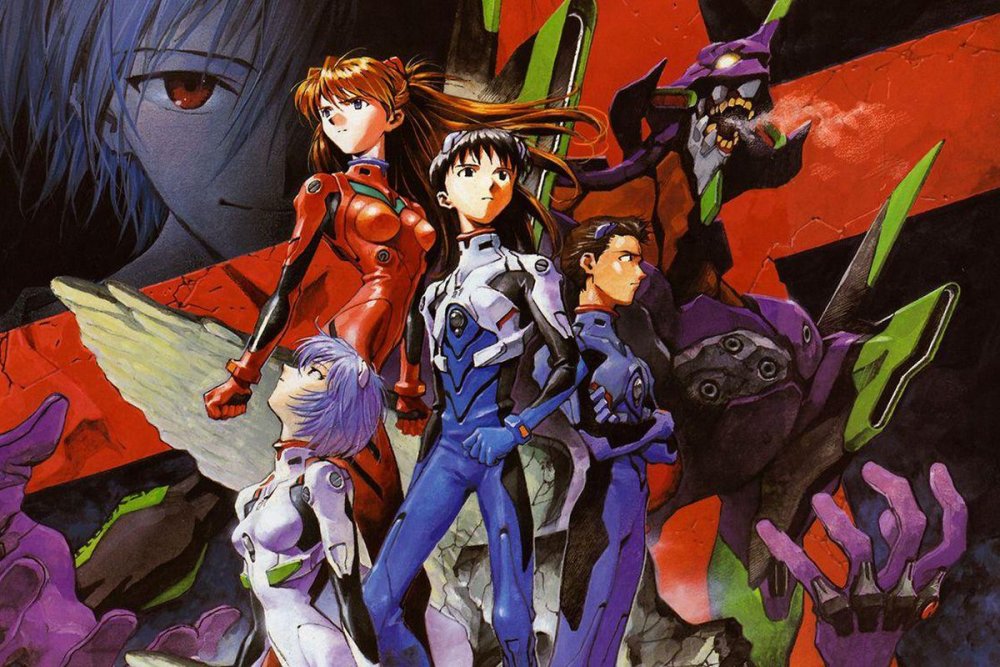 Eva’s phenomenal success has been the result of multiple factors. On its release in 1995, it entered an anime industry in flux.

“There was a shift from using traditional celluloid that you hand-paint to using scanning techniques to produce anime on computers,”

explains Rayna Denison, a senior lecturer at the University of East Anglia.

“In that period we see the rise of Studio Ghibli, we see the rise of Pokémon – the 1990s is full of expansion, and a kind of real reinvigoration of the industry that comes through industrial changes, and through greater use of something called ‘media mix.’”

Neon Genesis Evangelion, like Pokémon or Yu-Gi-Oh, represents one of the most effective applications of this technique – a money-maximising strategy to disperse content across multiple media. The show’s studio, Gainax, was uniquely placed to carry this out, having been founded on the profits of another company, General Productions, that built amateur anime merchandise. Beyond anything, though, it is the depiction of its characters’ tortured inner worlds that seemed to resonate. Its influence on subsequent anime series was immediate and profound: they grew darker and sadder. Every subsequent Japanese animator has worked in Evangelion’s long shadow.

If Eva’s return on Netflix resonates with a new generation, it will be because Anno taps into a state of mind that is universal: to grow up feeling alone.

“One of the things that people don’t appreciate about Eva fandom is it’s not just about male fans, because often anime is aimed at men”

“But actually Eva fandom, particularly in its international guise, is something that is very open and seems to have attracted fans who are women, men, trans, queer – it seems to be something that appeals to everyone. And that’s the magic of it.”