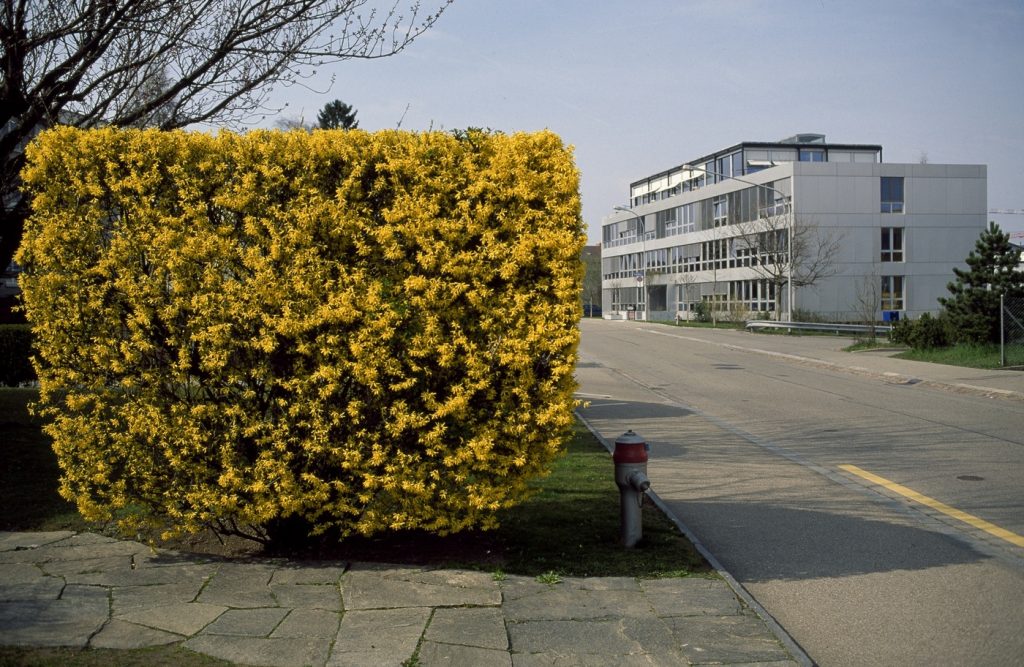 If you attend exhibitions of contemporary photography – or Photo London, opening today – it won’t be long before you see what look at a glance like everyday images of everyday subjects presented as art. What’s that about? By way of a good example, Peter Fischli provided an illuminating commentary on an apparently commonplace photography project, ‘Agglomeration’, which he undertook with his late collaborator David Weiss. Luxembourg & Dayan hosted the event, and showed 24 photographs from that extensive 1992 project documenting the suburbs of Zurich. It came about, said Fischli, because after spending two years in the studio making ‘The Way Things Go’, they wanted to get outside, and there was the city, answering their interest in ‘how the world is around us’. 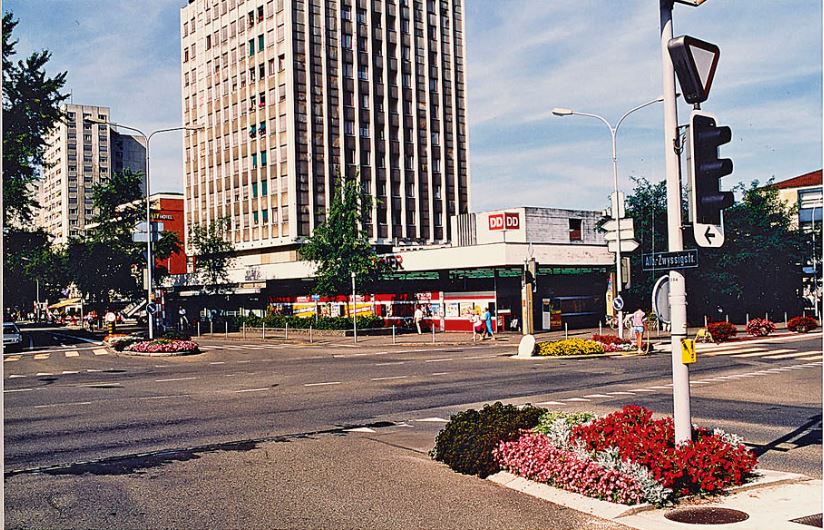 Fischli & Weiss were interested in how shifts in power occur, and the city’s recent architecture, he felt, was at the end of the modernist project, at a low point at which its original utopian aspirations – the aim of changing society – had been lost. Developments were being driven by entrepreneurs rather than architects who, said Fischli, ‘would have hated the ‘ugly flatness’ of the buildings’. He added that his father was an architect who studied at the Bauhaus, so he was very much connected to, rather than estranged from, the aesthetic. He described the project as to do with ‘photographs as an emotional vehicle’ rather than a simple critique. Relevant to that vehicle, the images are also from the end of the mainstream tradition of analogue photography. 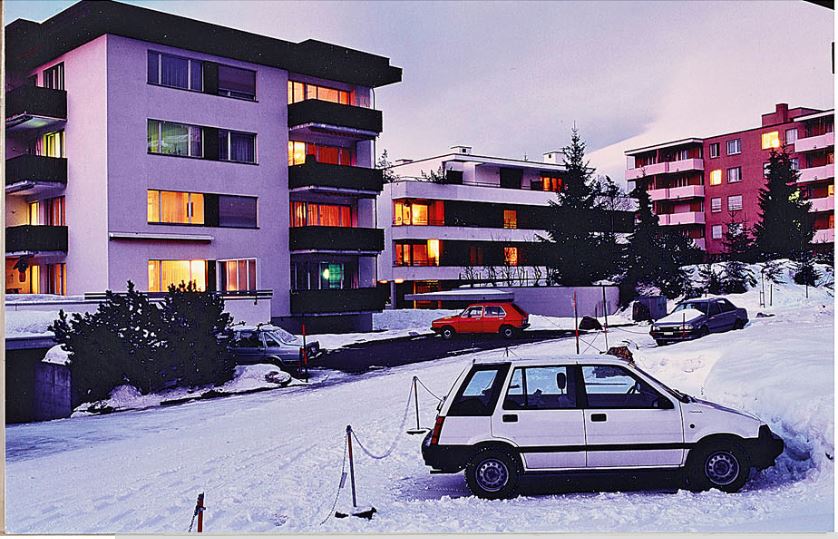 Fischli was aware, of course, that they were exploring the normality of a specific – and affluent – place, and that similar subjects would have played quite differently in, for example, the UK or France, where social problems and material deterioration would have come to the fore; or in Germany, where the memories of Nazism and war would have affected the interpretation. Rather than seeking out such concerns, Fischli pointed out that the photographs consistently examine the interplay between nature, the seasons and those manmade objects in the landscape, generating a cumulatively compelling aesthetic. ‘Agglomeration’ forms part in turn of Fischli & Weiss’s photographic practice of emphasising the surface of normality in a way which suggests something is hidden: the larger project ‘Visible World’ includes, for example, airports, flowers and tourist destinations. In all of them, commonplace photographs act as triggers for various possible conversations.