Through a Glass, Clearly - FAD Magazine
Skip to content

It’s hard, you might think, to get too excited about a glass of water. Yet not only did Michael Craig-Martin famously present such a glass as an oak tree, the subject of a simple glass without so much as a still life to complement it crops up pretty often in paintings. In order of ascending scale, here are three who all happen to be German. The grandmaster of the subject is undoubtedly Peter Dreher (look out for him at White Cube Bermondsey from 10 July). For Dreher, the water glass – even without the water –  is a pretext for apparently repetitive yet ever-fresh painting of the same subject, day and night. The results generate a meditative intensity. 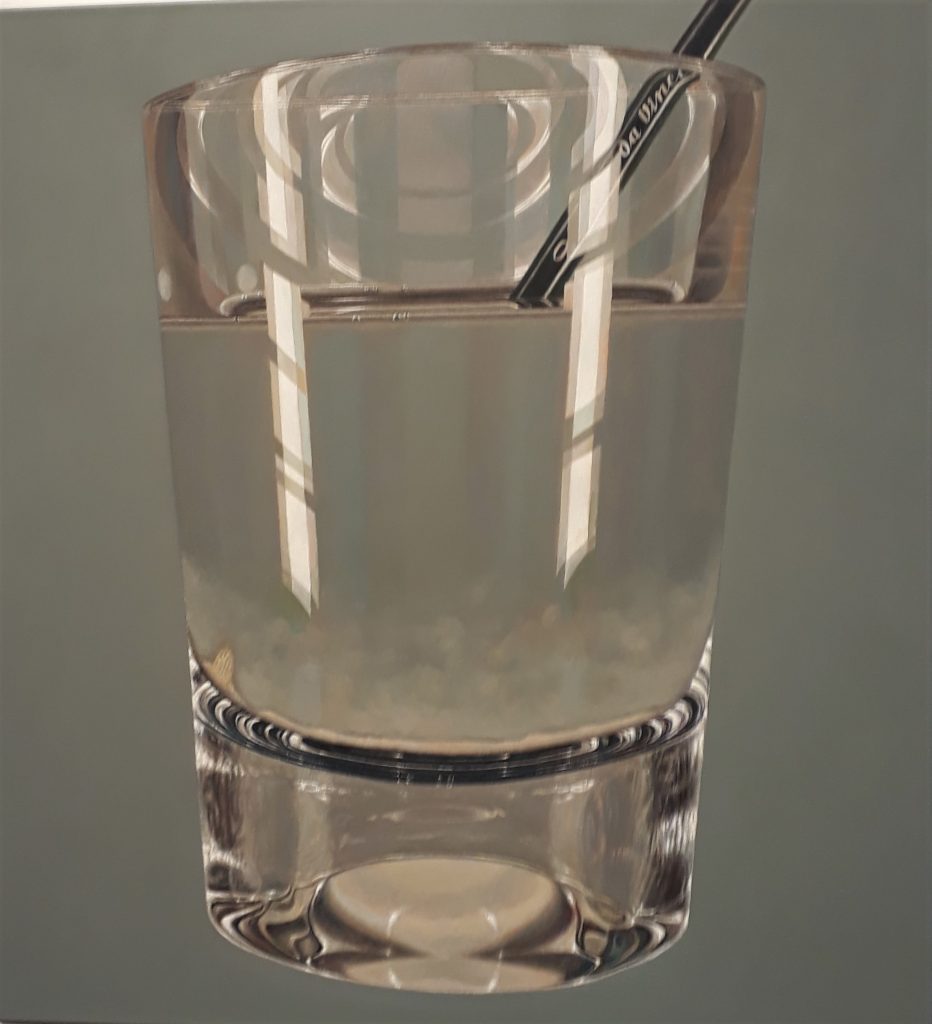 A little more broadly, René Wirths has painted various liquids in glasses. His ‘Dirty Water’ turns the subject back to painting in a very different way from Dreher. He depicts, on a much larger scale than the latter’s standard 25 x 20 cm – the water in which he has washed his paint brush – which is still in situ. It’s murky, but the painting it facilitates is crisp. 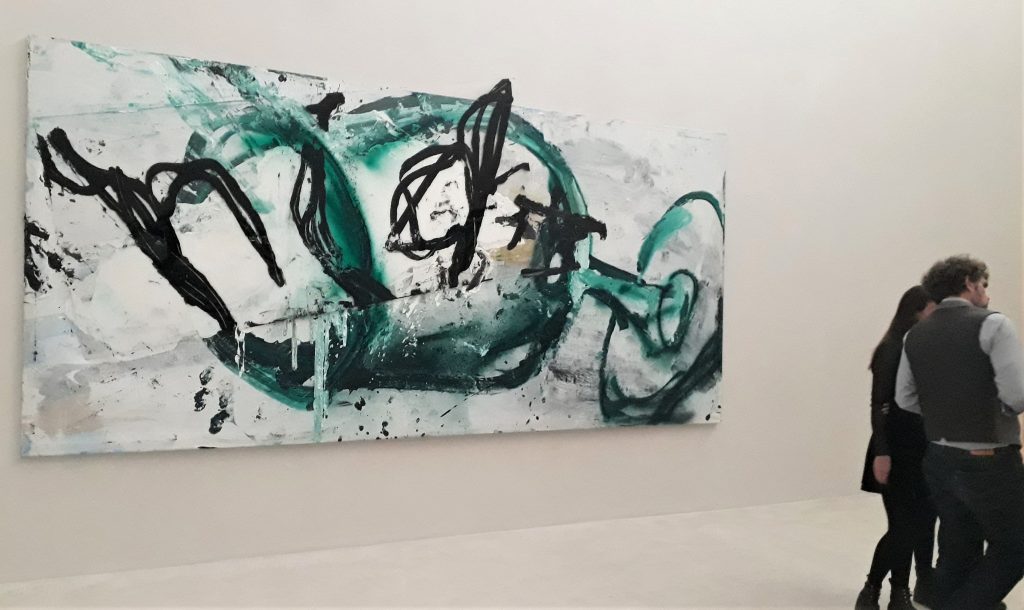 Dieter Krieg: from an installation of ‘The Void is Nothing’ at Kolumba, Cologne

Dieter Krieg (1937-2005) made the glasses even bigger in his masterful six painting series ‘The void is nothing’ 1998. The title’s words are distributed across images of glasses falling, bringing spillage and death into play at a scale to make glasses stand as people. Moreover, Krieg attaches panes of glass to the paintings – but, paradoxically, not to assist in describing the glasses. In a potential play on Craig-Martin, this is another way in which the glass isn’t the glass (it’s the paint – which isn’t glass either). Simple subject, giddying possibilities…