This weekend Edinburgh Print Makers opened its doors to its’ new £11 million pound home in the city’s Fountainbridge district, giving the Scottish capital one of the largest printmaking and studio spaces for artists in Europe. It’s also another new gallery and creative space for this summer’s international visitors to enjoy. 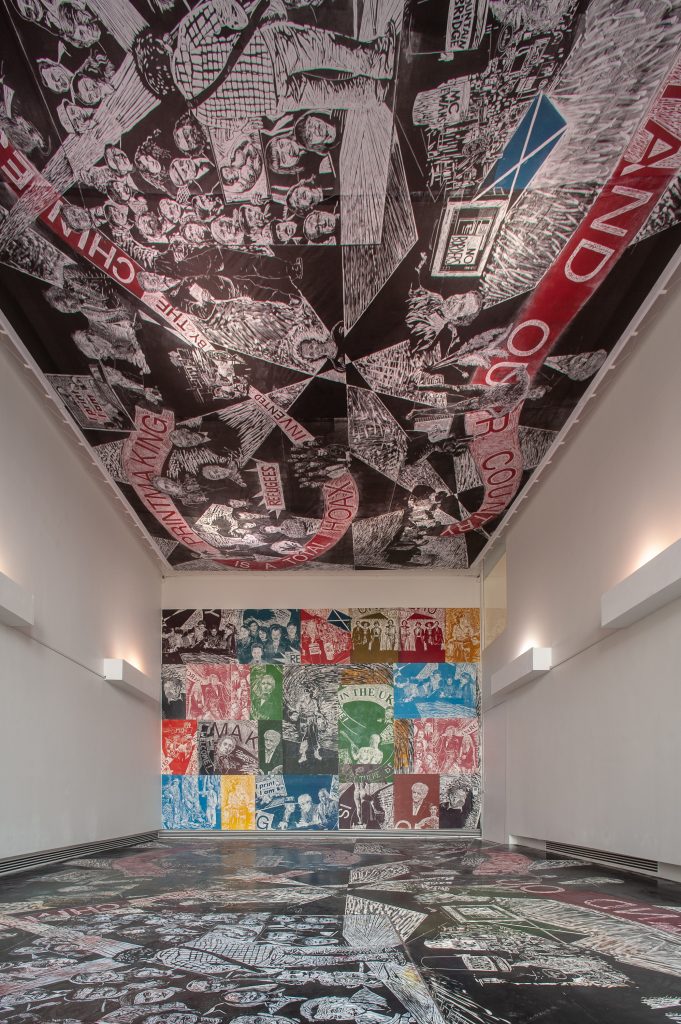 A repurposed rubber factory, it opened with two major exhibitions on Saturday (April 27), from international artists but deeply rooted in the setting and the city. German installation artist, Thomas Kilpper, well known for his critical social and political interventions has created a new commission that will take the form of an installation depicting politico-heritage themes arising out of his research into the archives of Castle Mills. Reflecting its past incarnations as the HQ of the North British Rubber Company and later a brewery, and also signaling the building’s future use as a world-class hub of creativity for Edinburgh Printmakers – the past and future function of the site will be united across time through its continuing dedication to production and innovation.

For this exhibition, Kilpper covered the entire gallery floor with rubber, creating a giant floor based printing template, providing him with a rubber matrix on which to carve images that relate to the social history of the building. The artist will carve portraits of people who lived and worked on the site and those that will work in the building in the future along with images of iconic faces – Theresa May, Annie Lennox and Sean Connery.

Meanwhile, Callum Innes exhibited a set of works from the institution’s collection and three new commissions including: Entrance Gates in powder coated galvanised steel by Rachel Duckhouse, a kaleidoscopic intervention, the EPscope by Calum Colvin, Suzy O’Leary and Peter Smith and inspired by product catalogues from NBRC, the Catalogue Wall in glass fibre reinforced concrete by Mark Doyle.

“Opening Castle Mills with a European artist, signifies our vision for Edinburgh Printmakers in the future. Edinburgh Printmakers is an arts charity with printmaking at its heart. By 2023, our spaces will be creative communities that lead with our knowledge and heritage, innovate through our practice and ambitions and welcome the wider world to art. Artist Thomas Kilpper’s exhibition will reflect the history of the building through his chosen material and portray a view of politics relevant today to mark this moment in history.”

Edinburgh’s capital is flourishing at the moment as is the rest of the East Coast of the country. Here are some other picks of what’s on this summer: 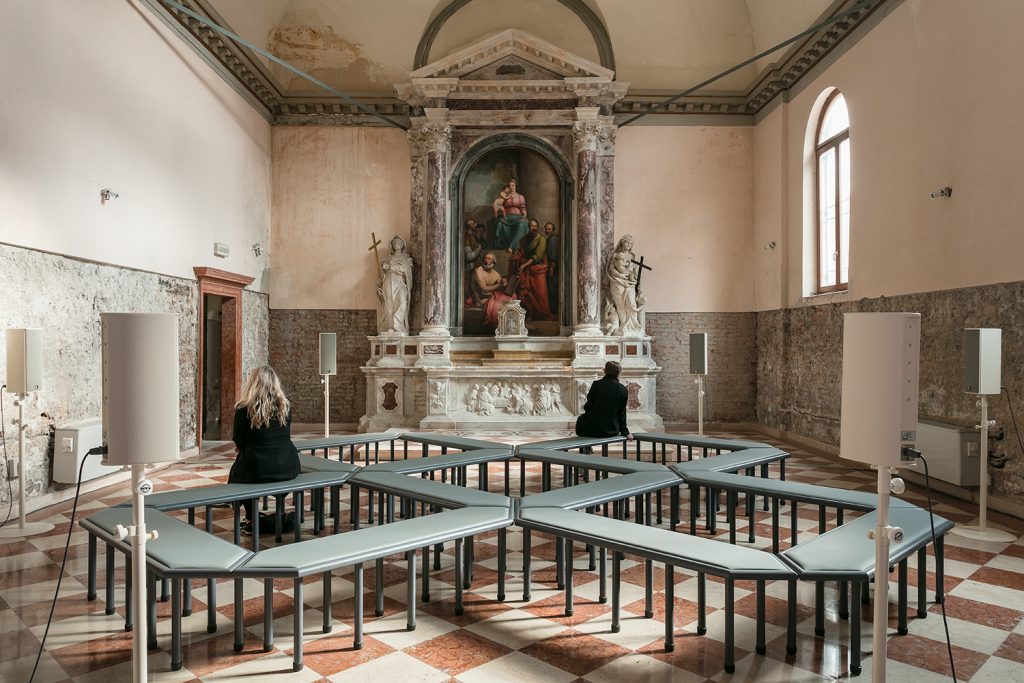 Showing at another newly reopened space for Edinburgh, and as part of Edinburgh Art Festival 2019, Migratory Motor Complex (2017), is James Richards’ six-channel electro-acoustic installation, exploring the capacity of sound to render artificial spaces and locate sonic and melodic events within them. Woven throughout the piece are re-occurring vocal and musical motifs that have been developed in collaboration with Kirsten Evans and Samuel Williams, students of the Royal Welsh College of Music and Drama. The work is tuned in-situ, with Richards reacting to the acoustic contingencies of Collective’s City Dome to create a cinematic and multi-sensory experience — an arrangement of vivid emotional cues to be navigated subjectively. James Richards’ interest lies in the possibility of the private amidst the chaos of everyday media. His work makes use of a growing bank of material that includes found and recorded sound, cinema, works by other artists, camcorder footage, murky late-night TV and archival research. 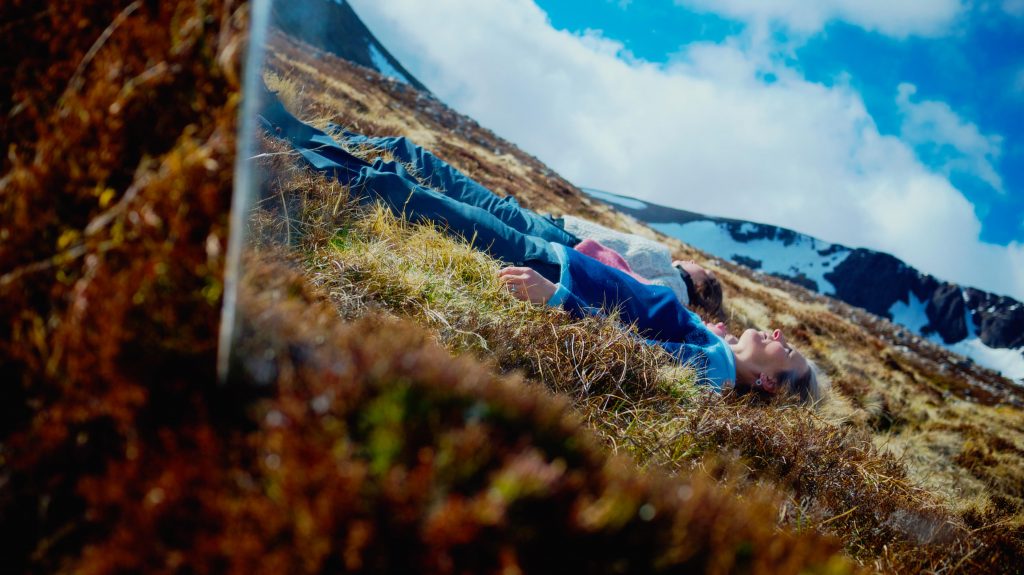 Mountain Simone Kenyon, Into The Mountain (2019). Courtesy of the artist and Scottish Sculpture Workshop. Photo by Lucy Cash.

Into The Mountain, the first project of its kind, has been developed over the past six years by artist and choreographer Simone Kenyon, in collaboration with hundreds of women who live and work in the Cairngorm Mountain Range.
At the project’s heart is The Living Mountain, Nan Shepherd’s celebrated book charting her own journeys into the harsh yet beautiful Cairngorm Mountain Range. Written in the 1940s during the Second World War, the Aberdeen writer’s book remained unpublished until 1977, and has recently been championed by luminaries of nature writing, including Robert Macfarlane. Indeed, her most famous quote ‘It’s a grand thing to get leave to live’, appears on the Scottish £5 note – and another line ‘I have walked out of my body and into the mountain’ is evocative of the guiding principles in this project.
Each Into The Mountain performance is open to just 30 audience members, whom will be led in small walking groups (offering a short, mid and long-range route) through Glenfeshie (an area vividly described by Shepherd in The Living Mountain). The groups will converge within the landscape at which point they will witness a choreographed performance by five dancers (Jo Hellier, Claricia Parinussa, Caroline Reagh, Keren Smail and Petra Söör) moving in collaboration with the mountain ecology. Their performance will be accompanied by a vocal score composed by artist Hanna Tuulikki, which will be performed by the Into The Mountain choir, made up of women local to the Cairngorms and led by vocalist Lucy Duncombe. Tickets are limited and selling fast.

The image of the street comes up on the iPad screen. It appears that it has been shot in the exact location that you are standing in, almost as if it is in real time. A figure walks past on the video as another passes by in the real world, the two realities aligning. The sounds from the headphones are startlingly three-dimensional, further merging the two worlds in front of you. A female voice close behind you says: ‘I think we should get started. Walk with me…’

Following Cardiff’s voice and walking in her footsteps, you will be led through the backstreets of the Edinburgh’s Old Town, unraveling a disjointed tale – part game-playing, part surrealistic poetry, perhaps even a murder mystery – layered with history, invention and memories.

The walk uses a digital tablet and a pair of headphones which should be collected from The Milkman, 7 Cockburn Street, Edinburgh, EH1 1BP. 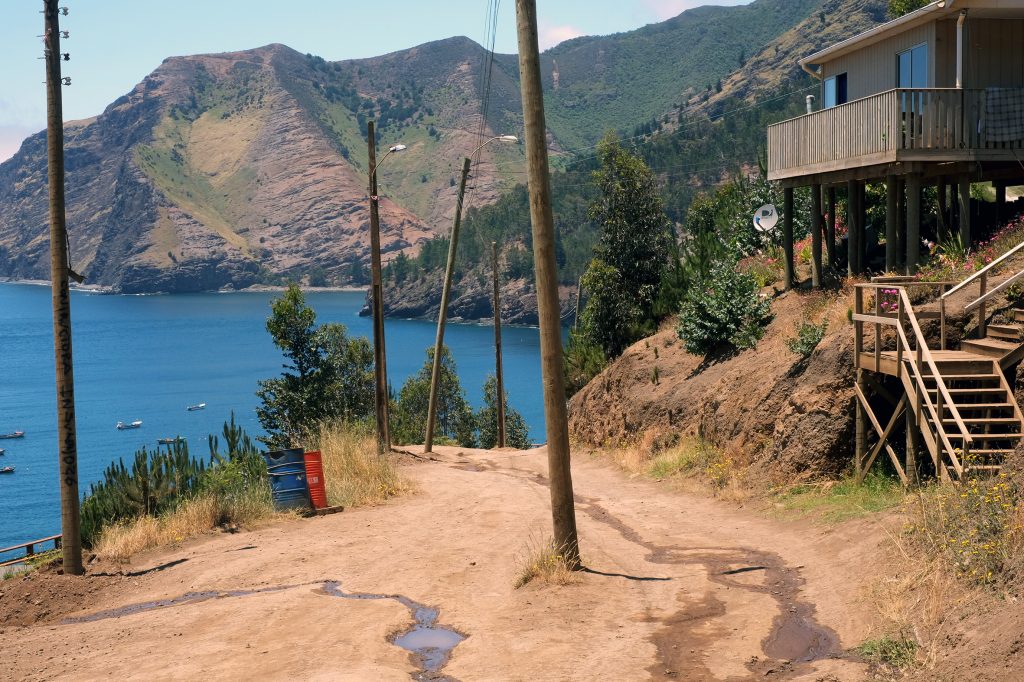 In the early 18th century a sailor from Fife left his ship and lived alone for four years on an uninhabited Pacific island. Alexander Selkirk’s subsequent account of his experiences provided Daniel Defoe with inspiration for his novel, Robinson Crusoe. Selkirk’s island is now part of Chile; in 1966 it was renamed Isla Robinson Crusoe. 300 years after the first publication of Robinson Crusoe, at a venue close to Selkirk’s birthplace, Lower Largo, REFUGIO explores the blurring of fact with fiction between Selkirk and Crusoe. The exhibition combines different approaches to representation: analogue and digital photographs made in Scotland and Chile; temporary works based on illustrations in an early 20th century book for children; and extracts from J M Coetzee’s 1986 novel, Foe.

This exhibition is brought to you by Fife Contemporary, an organisation bringing exciting artists to small galleries and locations across the Kingdom of Fife. Recent shows have included Roger Palmer, Jasleen Kaur, Kate Scardifield and Jeremy Hutchinson.