Art of the Franz Jest - FAD Magazine
Skip to content 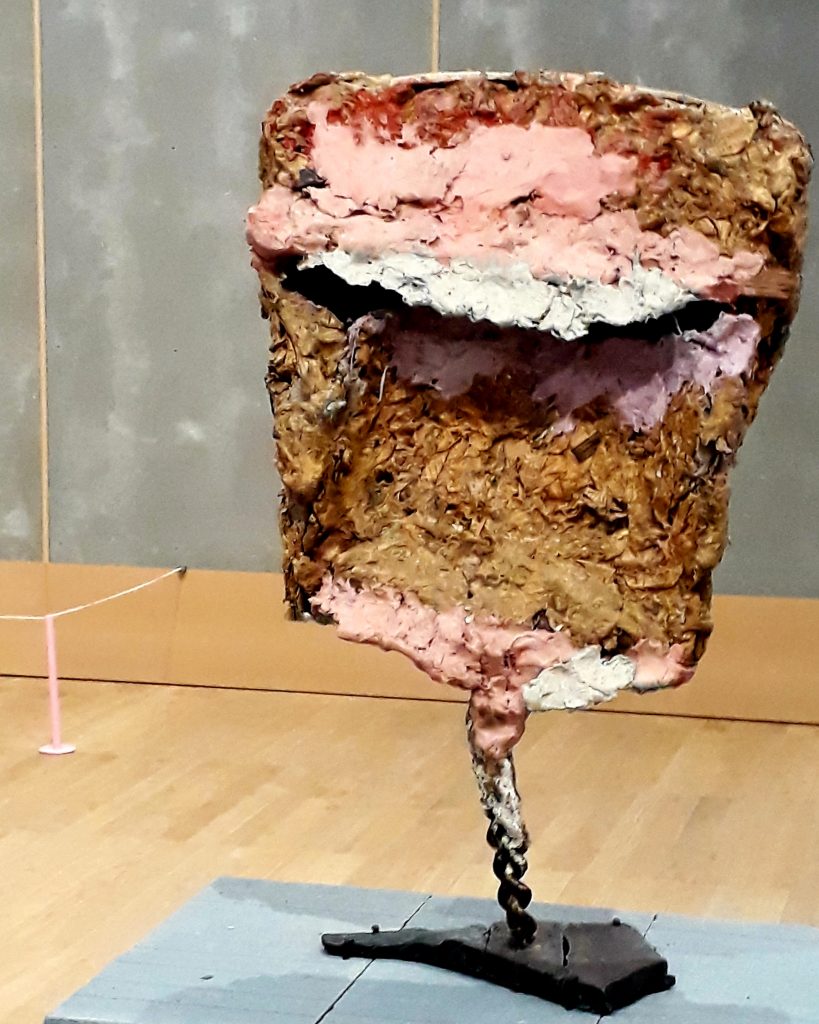 The Tate’s Franz West retrospective (to 2 June) catches the irreverent humour of the Austrian artist – and how his art often lay in its pretending not to be art. Above, for example, is Desiderat, 1988: typical of West’s papier-mâché works, often made from old phone directories and painted casually – with a circularity of sorts – while he was on the phone. This one looks like a sandwich grinning back bigtime at its consumer. 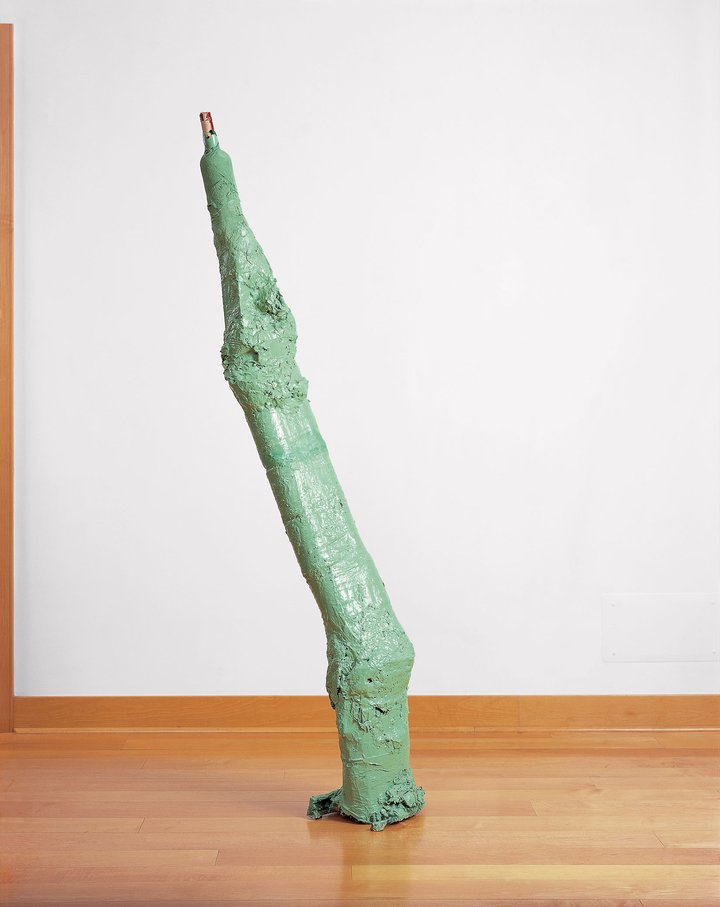 Trunkenes Gebot, 1988: West liked to use non-art materials and he was a heavy drinker: no wonder he incorporated alcohol bottles into his ‘refreshment’ series, such as this ‘Drunken Attempt’. He didn’t want to throw them away because their form reminded him of the pleasure of their contents, so ‘in order to emancipate the original container, the bottle was sublimated into art’. 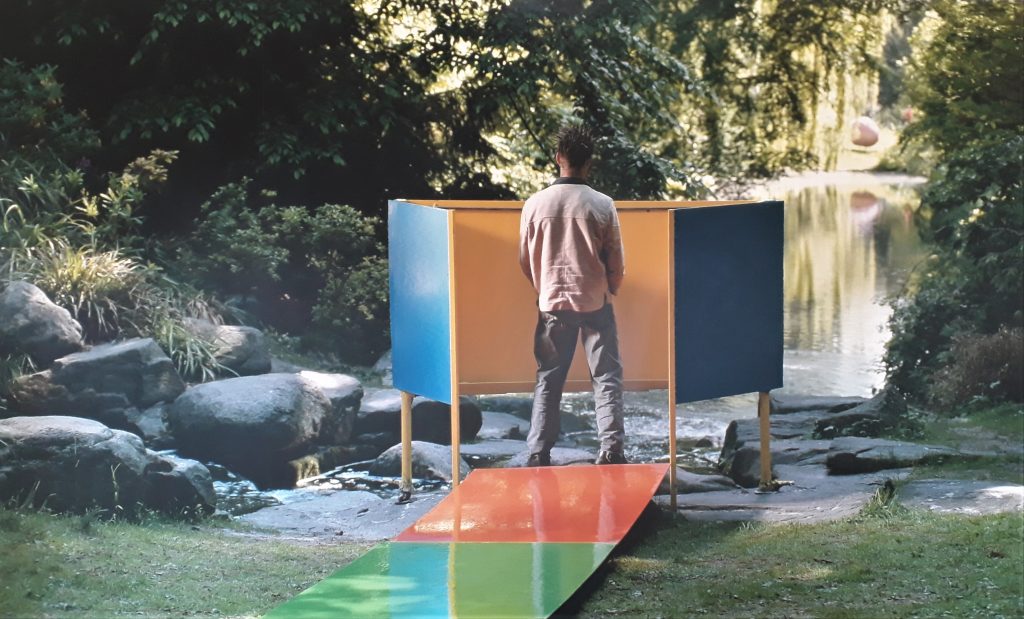 Etude de couleur, 1991/97: Here West takes the piss out of Duchamp’s famous urinal and Warhol’s Oxidation paintings by providing the relevant site with a long runway, colourful steel walls and attractive views to enhance the business. This, he seems to suggest, is the real way to make urination an aesthetic experience. 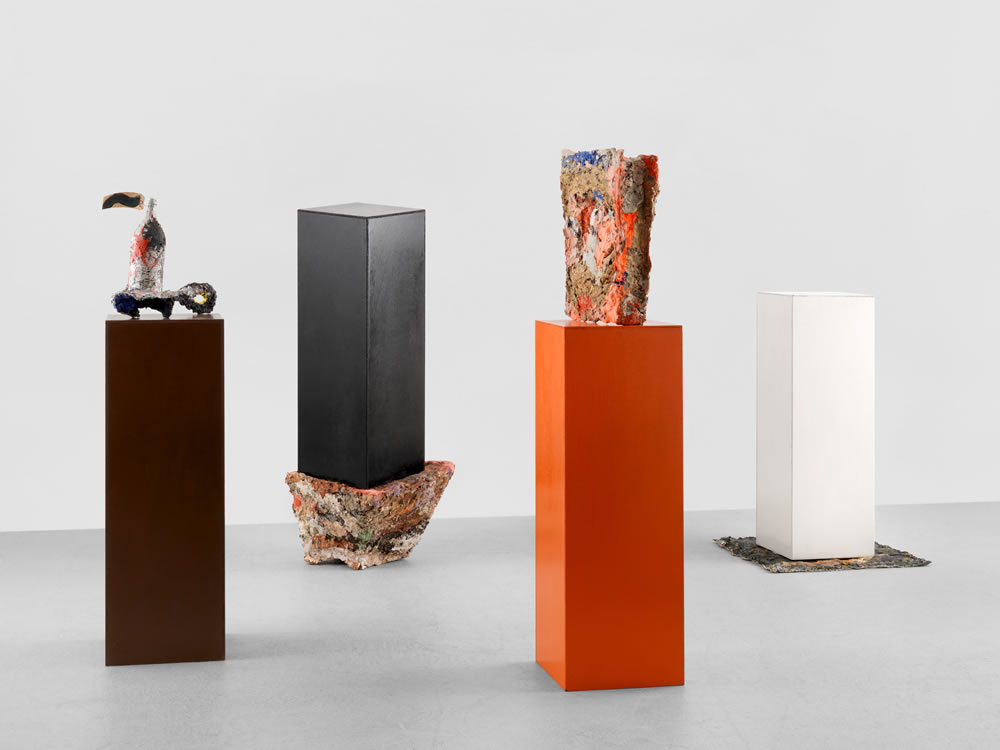 Untitled, 1988: West loved collaborating, as with this stupidly enjoyable 1988 set of Heimo Zobernig’s already-irreverent plinths under and on top of his own contributions. 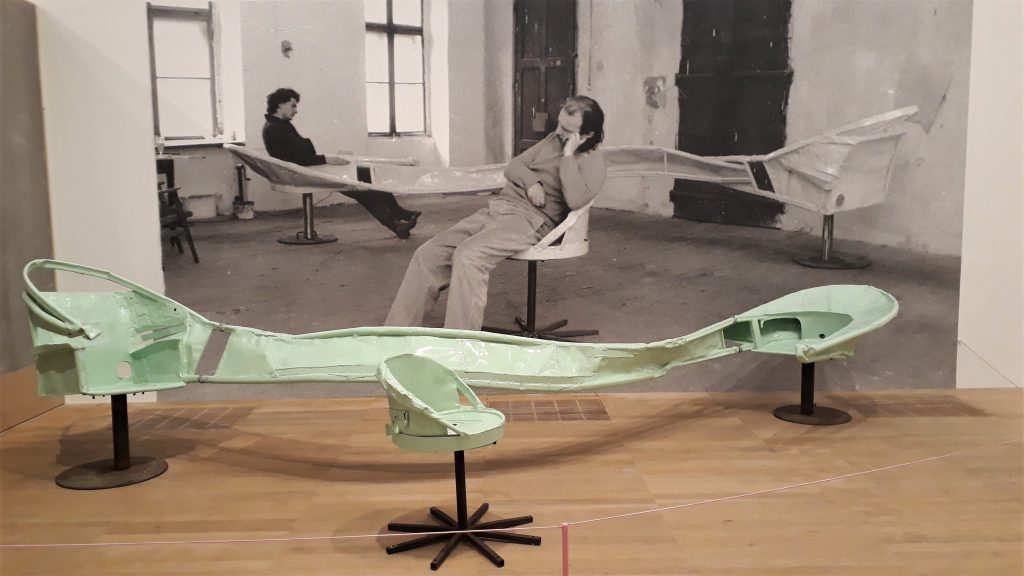 Eo Ipso, 1987 Not only is this stretched version of a washing machine set up for two people to sit on without making it easy for them to converse, it appears to have been wrung out in the manner of freshly washed clothing. It’s also typical in using furniture as ‘an everyday ‘Passstücke’, referring to the ‘Adaptive’ sculptures which West made with the idea that viewers could interact with them. It’s shown in front of a view of it in the studio, and behind Sarah Lucas’s Franz-styled crowd control ropes. The title is Latin, something like ‘on its own account’. 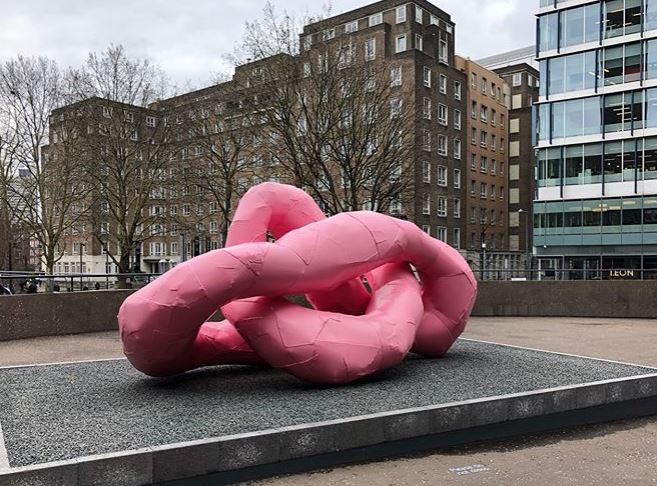 Rrose/Drama, 2001 as installed outside the Tate: West’s outdoor sculptures of lacquered aluminium use cheesy colours (his pink is from children’s pyjamas) to make glossy forms like huge turds – the deliberate opposite of all that public sculpture is expected to be, but somehow attractively ugly.