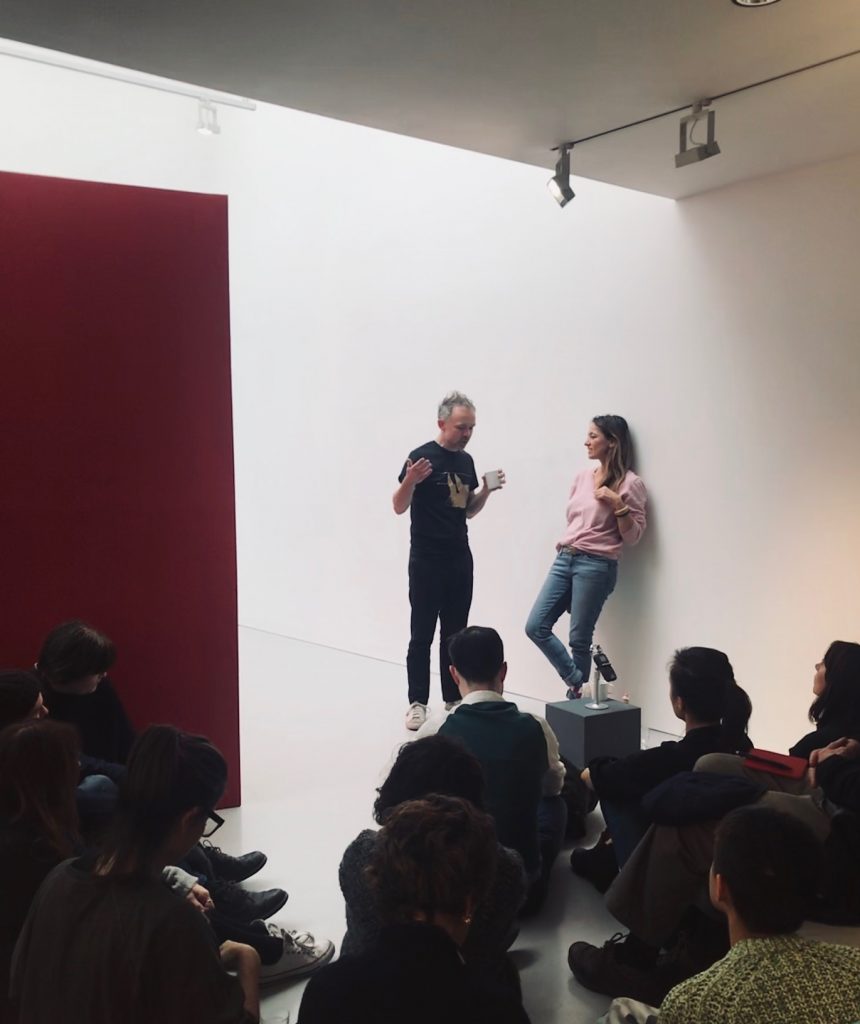 This saturday morning I happened to be passing by the Kate MacGarry space on Old Nichol Street in Shoreditch, who were hosting a talk between filmmaker Ben Rivers and Lisbon-born writer and editor Filipa Ramos discussing his latest short film, ‘Now, At Last’, currently on display at the gallery. Kate MacGarry’s reputation being one of genuine connection to the artists she represents, I decided to hang around and listen.

His search for the elusive creature took him to Costa Rica, where with the help of zoologist Lucy Cooke he was able to locate a rescue and rehabilitation centre that allowed him to film the animal in its natural habitat. After roughly 2-3 hours of filming every day (which he described as “slow exciting”), he incorporated sound, adding recordings of jungle sounds that he captured in the early evenings once it was too dark to carry on filming.

The result is an endearing and somewhat amusing forty-minute homage to the tree-dwelling mammal, divided roughly into two sections. The work begins with black and white footage following Cherry the sloth (found orphaned and taken in by the rehabilitation centre) gently making her way up a tree. Once Cherry has successfully lured us into the pace of her world, we are greeted with sudden bursts of technicolor together with the crooning ethereal sound of The Righteous Brothers’ cover of “Unchained Melody”, in a quasi-synaesthetic hallucination.

Thanks to a painstaking editing process, the film initially appears like it’s all been shot in a single take, with only occasional signs of passing time including a hummingbird zooming into the shot, emphasizing the total zen of the sloth against the chaos of the jungle around it.

Ben feels strongly that his film is not a reflection (or a piss-take, as he puts it) on slow cinema in any way, but rather a very sincere comment on how humans have lost touch with every other creature on the planet. 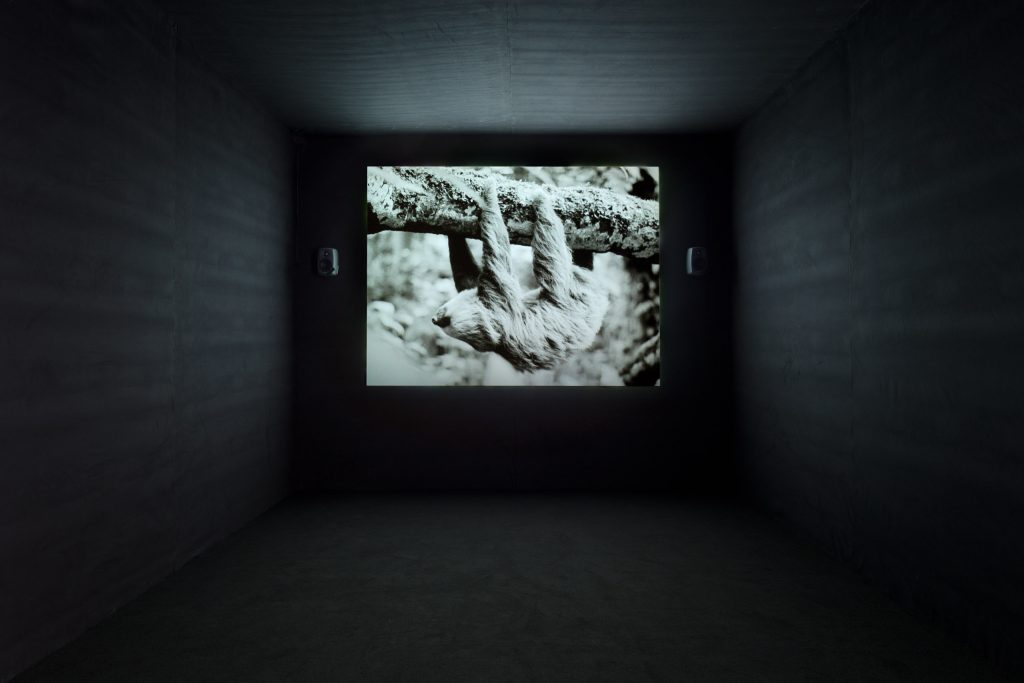 The film is shown inside a Donald Judd like block structure in the gallery space painted red, green and blue referencing the three colour separation process that was used to create the appearance of colour. Kate MacGarry, gallery founder, has deliberately presented the work inside a space that you physically have to enter, much like the filmmaker entering the sloth’s environment to create his film. 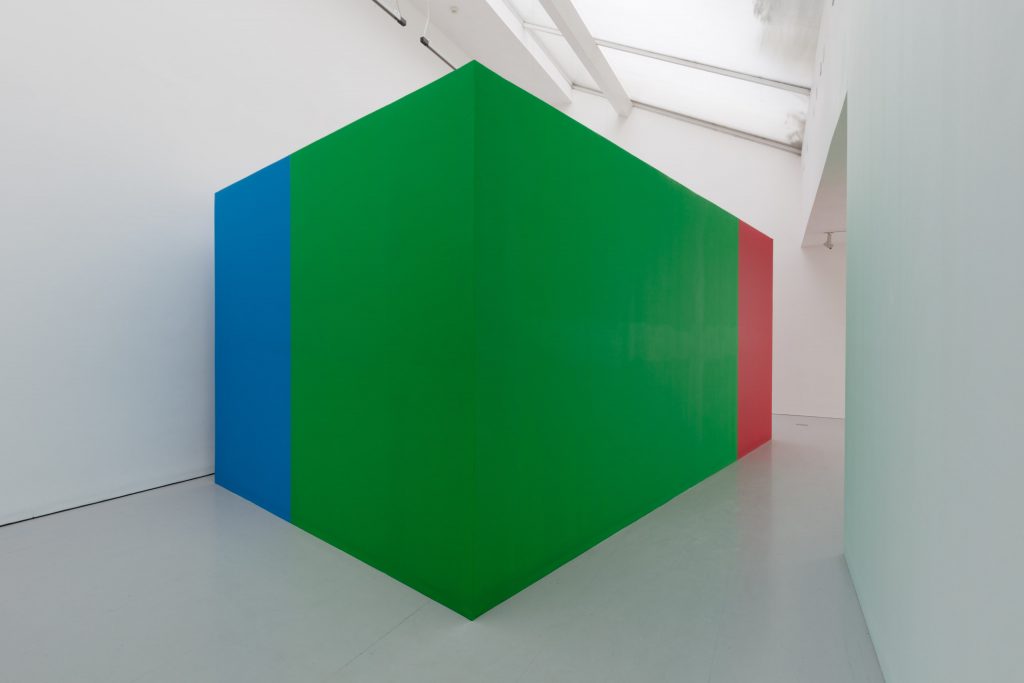 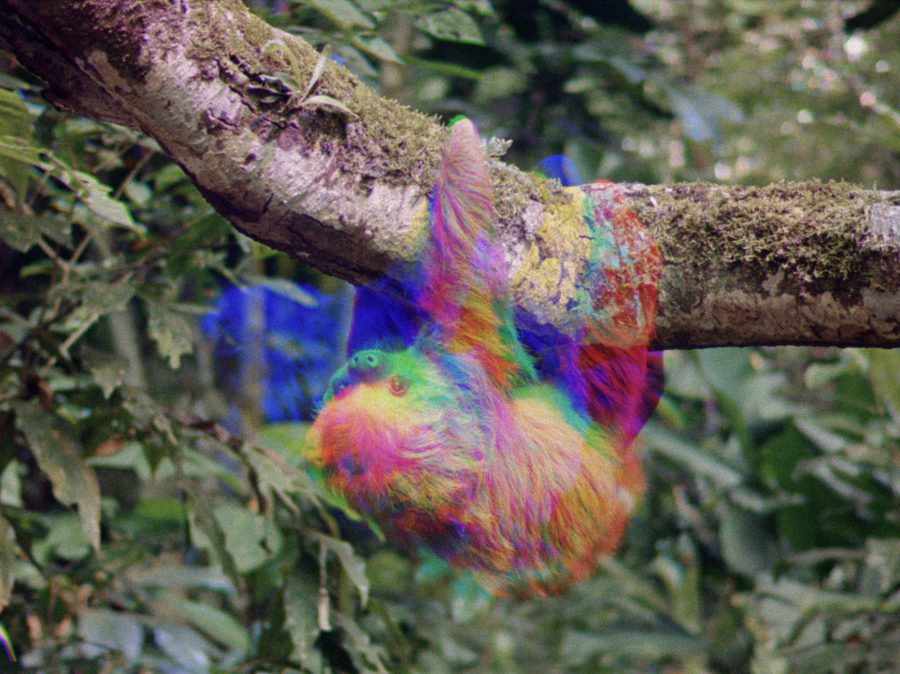 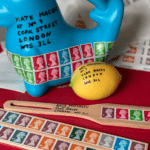