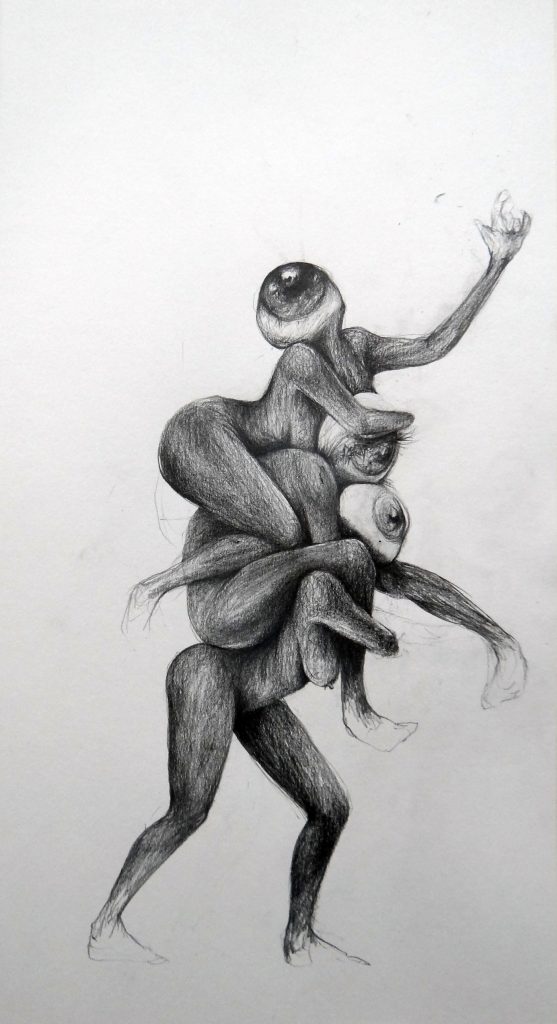 Phoebe Boswell: detail from ‘She Summons an Army’ 2018

My very first weekly column – this is the 300th – considered the matter of blind art and the absence of a powerful congenitally blind artist. That hasn’t changed, but – a little disquietingly, perhaps – two recent shows related to the theme turned out to be within a golf shot, if a little further than a stone’s throw, of Moorfields Eye Hospital. Sargy Mann (Royal Drawing Trust to 10 March) had problems with sight from 1973 onwards, which he viewed positively at one level as chances to see the world differently and paint accordingly, for example using an oracular telescope with eightfold magnification. That changed from 2005, when he went totally blind, but he carried on painting with considerable success – either from memory or – as above – by using his wife Frances as a ‘tactile model’ rather than a visual model, and basing his marks on ‘seeing through touch’ to tenderly featureless effect.

The medical diagnosis is better for Kenyan-British artist Phoebe Boswell (at Autograph to 30 March), but she had the sight of only one eye while making the 34 drawings of ‘She Summons an Army’ as she sat in waiting rooms within Moorfields as she contemplated the sudden blindness of her right eye following a traumatic incident in 2017. The figures of her imagining all have heads turned surreally monocular. They’re part of a wide-ranging show which explores various traumas, and includes some beautifully disturbing footage of her eye operation. It all goes to reinforce the point that our perception is a joint function of what’s in the world and how we are equipped to receive it. 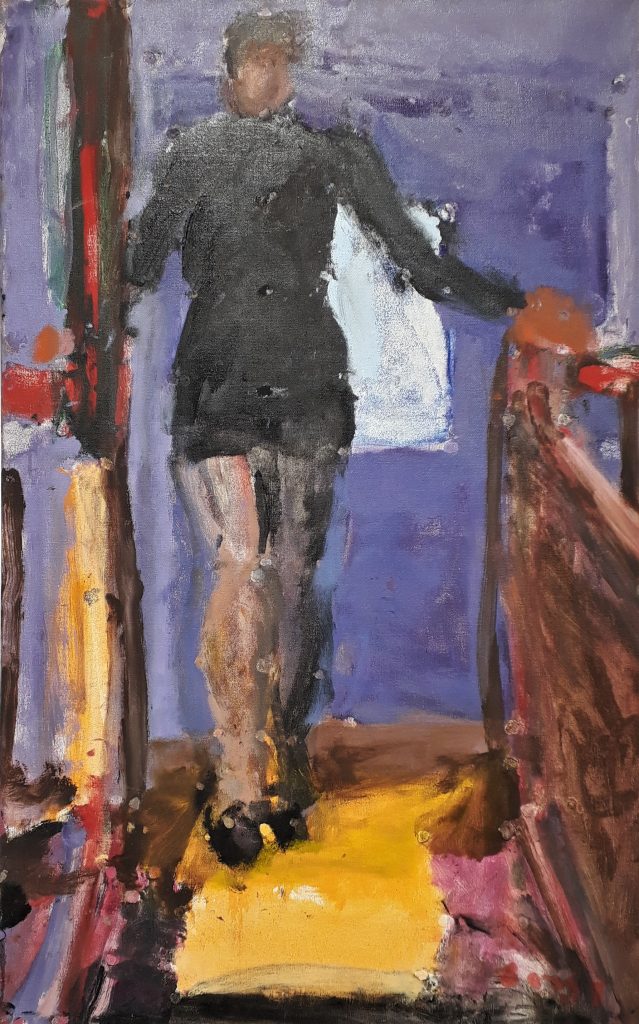 Sargy Mann: Frances at the Top of the Stairs, 2010