His unprecedented use of photography as a critical operation of knowledge and understanding of modern and contemporary art is widely represented. Mulas conceives the idea of “critical reportage” by relating his eye to each of the artists in a specific way. Sometimes we have a cinematic approach, giving birth to dynamic intersections between visual art and photography. 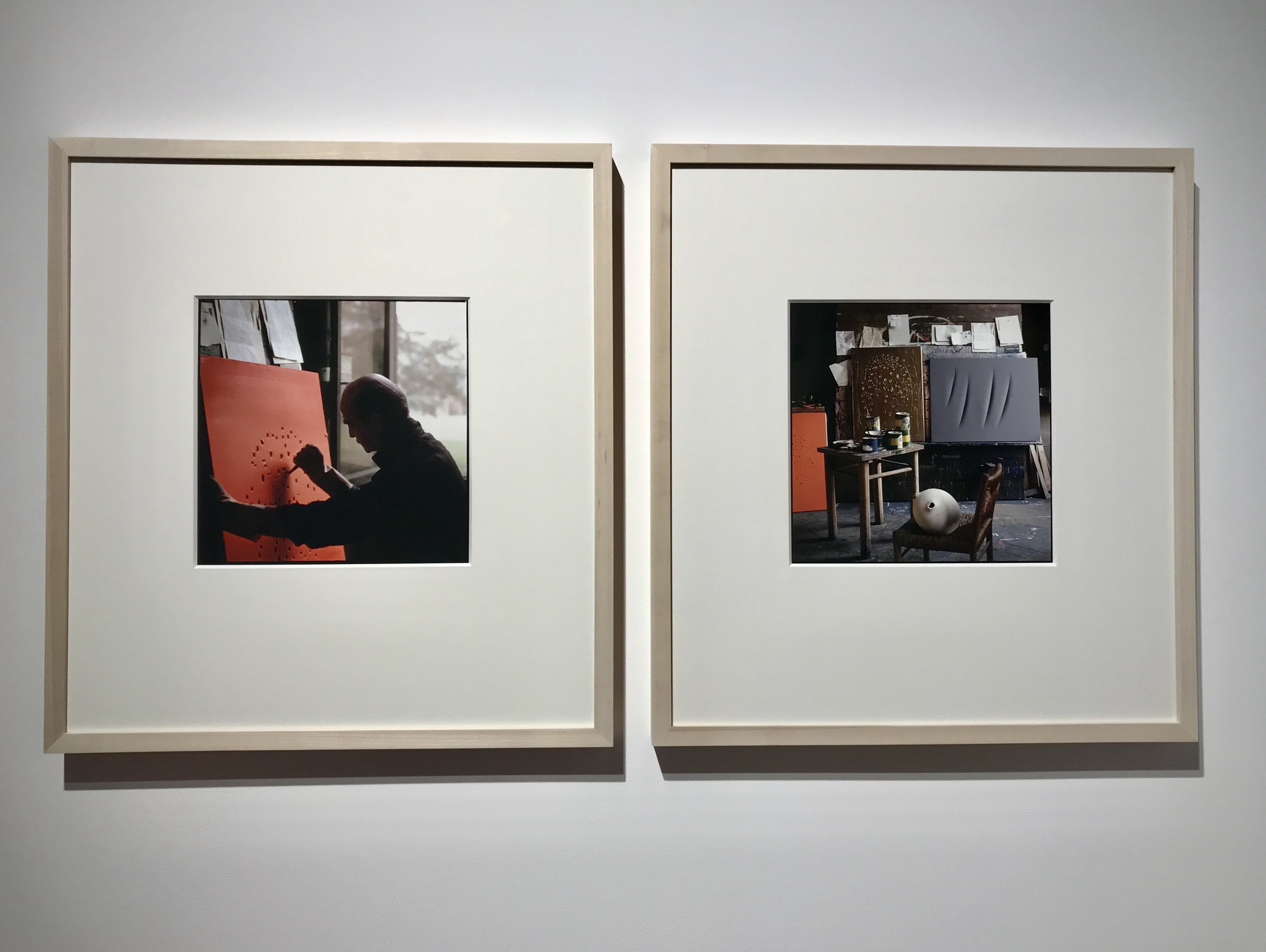 The artworks provide a field of experimentation for a new photographic vision, detached and yet vivid and intense. The photographic practice becomes a live repository for expression. The result is a breath-taking display of the interweaving of disciplines, personalities, spaces, and experiences that characterize the effervescent cultural context of the booming Italian 20th Century creativity. The privileged eye of one of its greatest interpreters, Ugo Mulas, adds an intriguing level of personality. 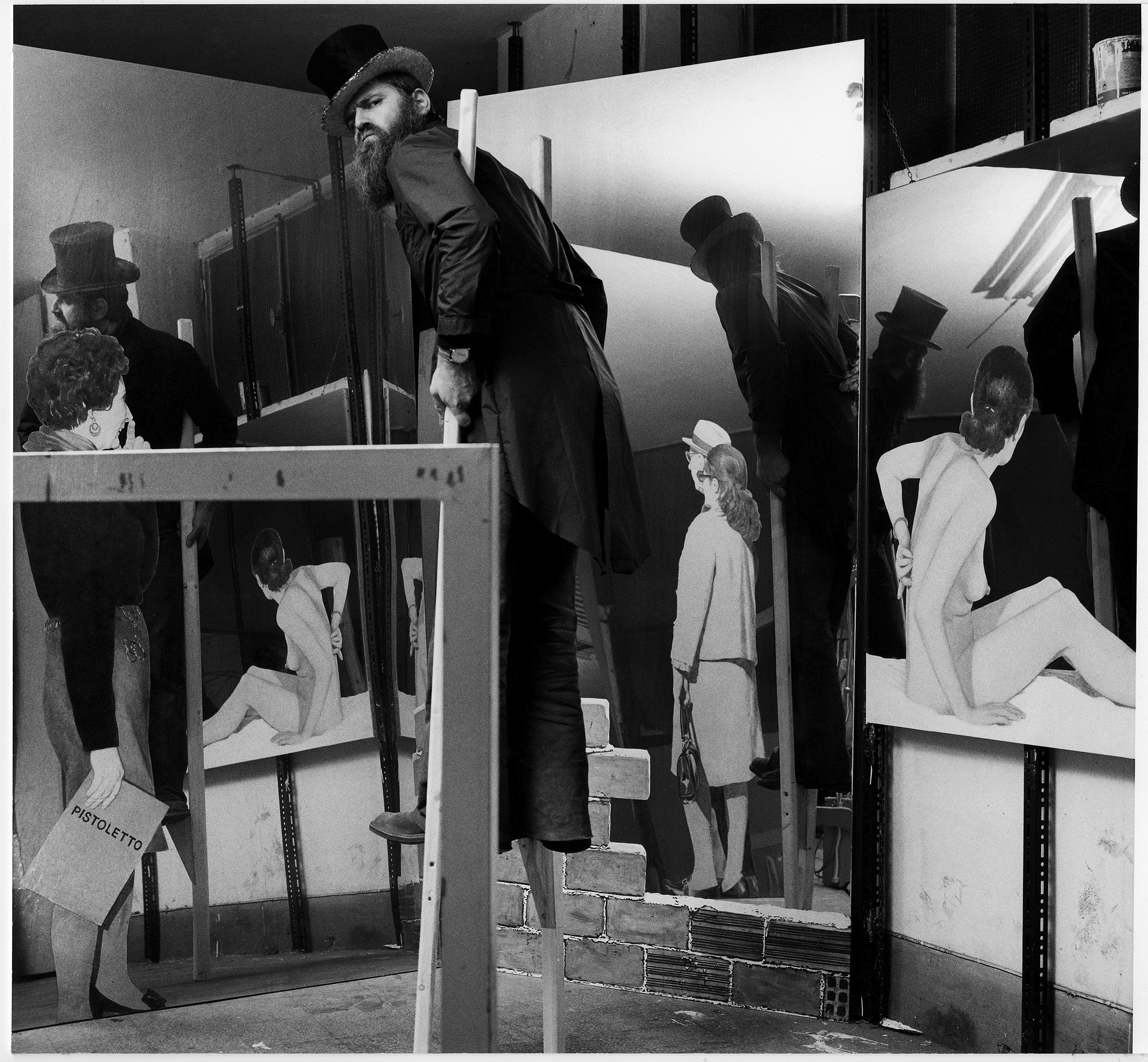 Mulas, in fact, like no other managed to really encapsulate the rhythm and vibrant atmosphere of a country who had been devastated by war and corruption. In the midst of a traumatic everyday, artists were struggling to create a new language, one that would not be complacent with past traditions and ideologies.

The photographer was good friend with the majority of artists that were shaping this new visual and ideological vocabulary. With his camera, and a set of cautiously envisages shots, Mulas conveyed the pulse of the Italian new artistic scene.

The project is developed in continuity with the activity of Robilant+Voena, which champions ground-breaking artists and movements in Italian art of the 20th Century. It presents the uniqueness of Mulas’s vision, bringing the artist’s photographs for the first time in the UK. What really stands out is the ability of the photographer to capture the essence of the works he depicts. The show highlights the creative links between Mulas’s “critical reportage” and the Italian post-war artists in the 1960s and early 1970s. 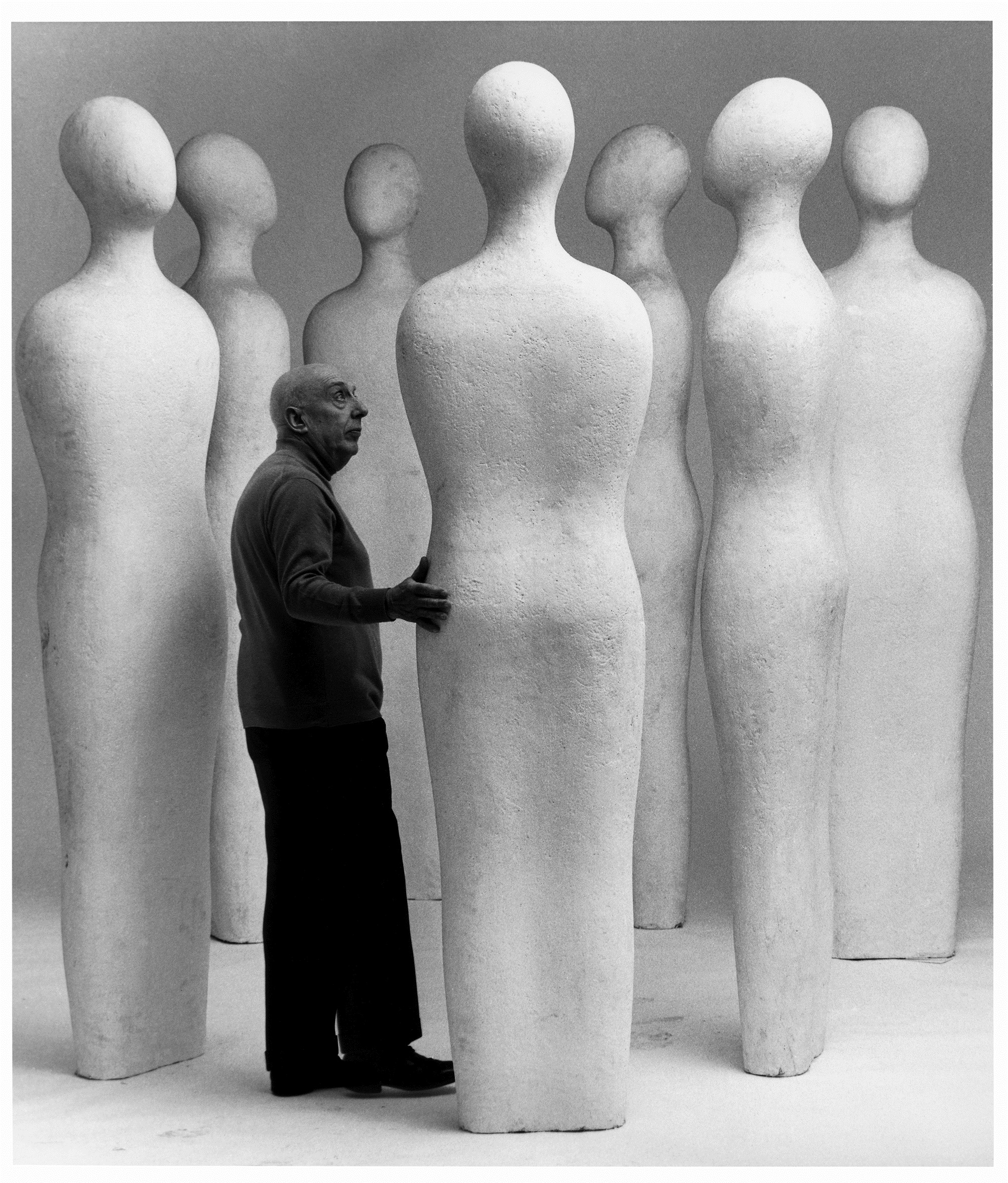 His outstanding images, some of which never revealed before, are shown alongside rare artworks from his own private collection. Displayed together for the first time, they offer an intimate and unique point of view on these creative relationships. The mix between the physical artworks and their photographic rendition offers a comprehensive look into the Italian art-world of the 1960s and ’70s.

Mulas had a very discerning eye, and he understood the revolutionary power of artists like Michelangelo Pistoletto, Pietro Consagra, and Fausto Melotti. While they are all widely recognised by Italian critics (and by its market!), they had a much harder time when alive. They were in a limbo between a lack of institutional recognition, and public scorn. Mulas realised the need to bear witness to the booming practices emerged in the aftermath of the war. 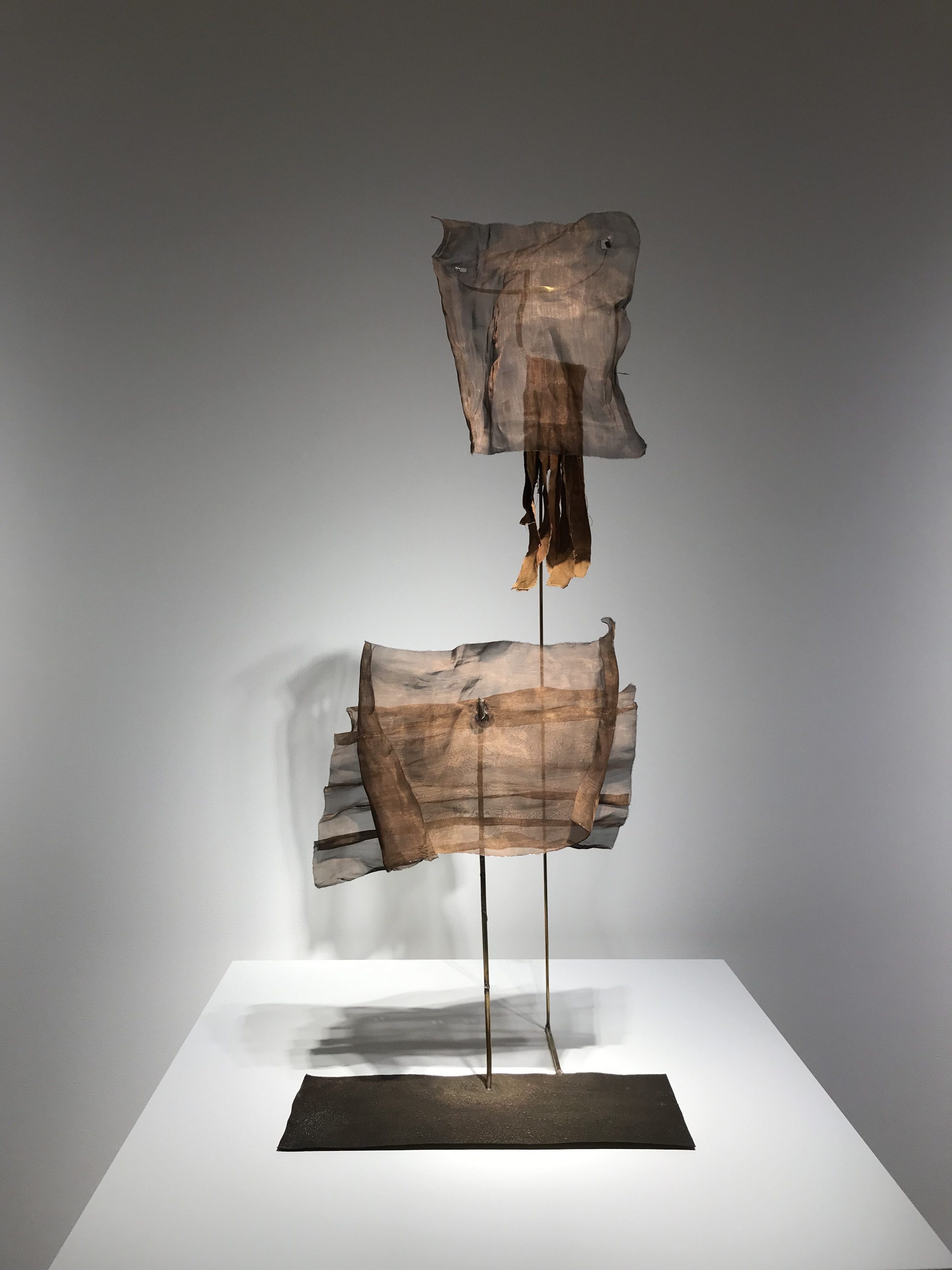 Alberto Burri and Melotti were both, in different ways, experimenting with the fragility of the artistic support. Lucio Fontana was discovering a new dimension, beyond space and light. Arte Povera swiped away all presumptions of an institutionally accepted ‘high-art.’ All were, one way or another, going against their tradition, towards new ideas of space, matter, object and environment.

The most impressive photographs are the one Mulas took to Lucio Fontana. I am probably biased by the fact that I wrote my university dissertation on Fontana, but they really are amazing! While his fame is mainly linked to his Tagli, or one of the Fine di Dio (worth 29 million $), the artist was actually one of the most eclectic ever. He started as a funerary sculptor, and experimented in his life with anything from small ceramic crucifixes, to fashion design and architecture. Fontana prediliged textures, material, light in his work. His canvases with chinks of Murano glass embedded in them are delicious. The photo by Mulas depicting Fontana’s hand throwing the luminescent crystals are as brilliant.

Many critics have interpreted Fontana’s famous slashes and holes as an aggressive attack on the canvas and, by extension, painting and its legacy. While it cannot be negated that the artist was trying to break free from a conventional way of making art, the piercing and cutting of the canvas can acquire also a less violent meaning. Mulas’ photographs, enveloping the artist into a contemplative state, demonstrate how Fontana’s actions aimed not at the destruction of art, but the creation of an infinite new dimension for it. 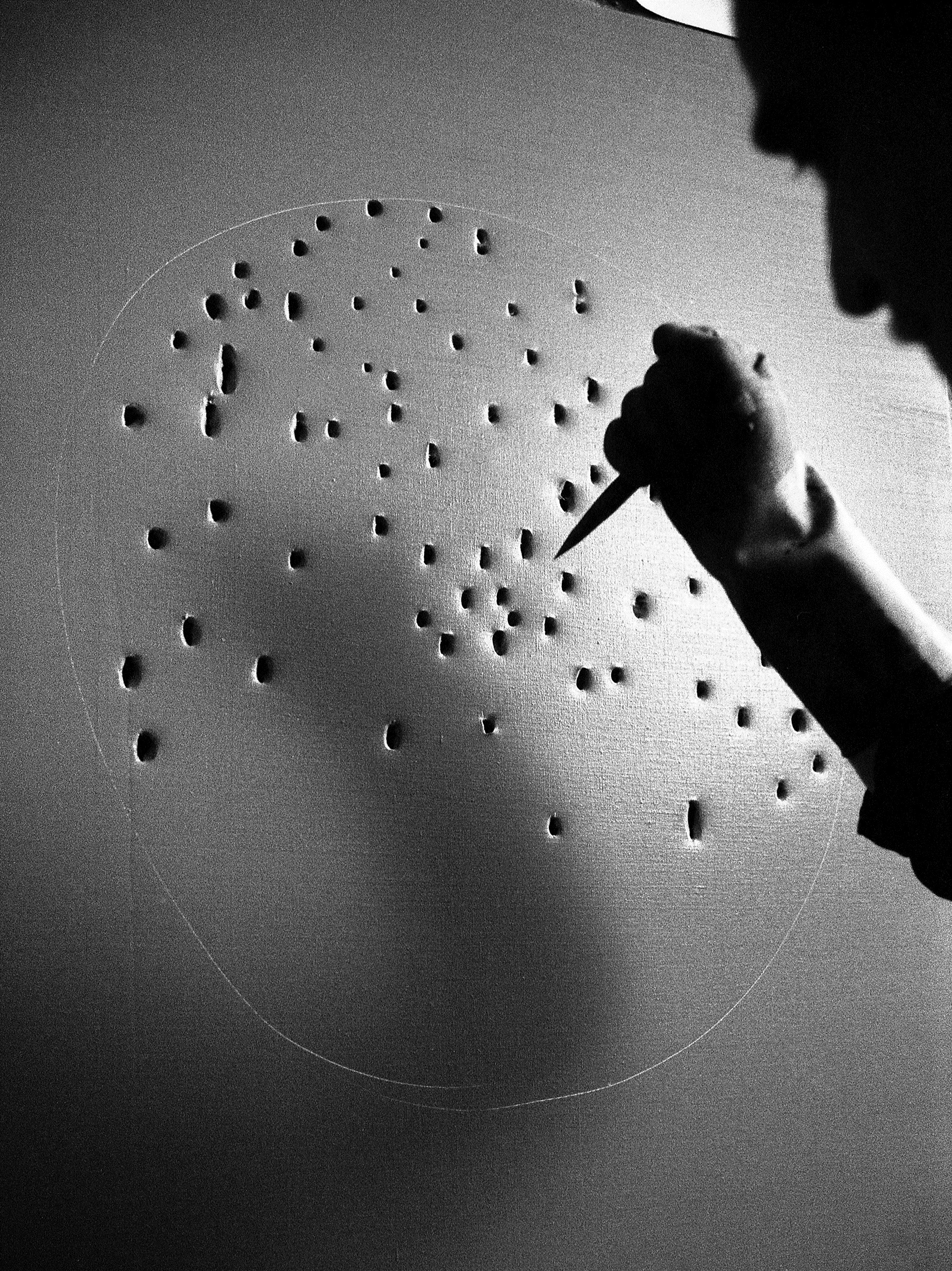 Mulas himself remembered that when he had to arrange a photo shooting with Fontana, the  artist would always say that it would be impossible to complete one of his tagli with someone moving around him. While Fontana’s slashes may seem furious and rapid, it actually took a lot of time and concentration to create them. Mulas’ photos unveil exactly this aspect of the artist. Fontana, dressed in an elegant, perfectly ironed suit, is always shown in a very meditative, introspective way. His hand, holding a box cutter, only gently presses the canvas. A knife softly punctures the surface of another canvas.

A better appreciation of the Italian post-war art is long due. Alberto Burri, for example, has only recently gained some momentum. Tornabuoni Art gallery is displaying his works alongside those of Fontana right now. A major retrospective will open in May in Venice, at Palazzo Cini. The Centre Pompidou will also homage the artist in the following years. Fontana, also, finally travelled to New York, with an extensive show at the Met Breuer. Thanks to Robilant+Voena we are able to explore this period through a new, original eye. 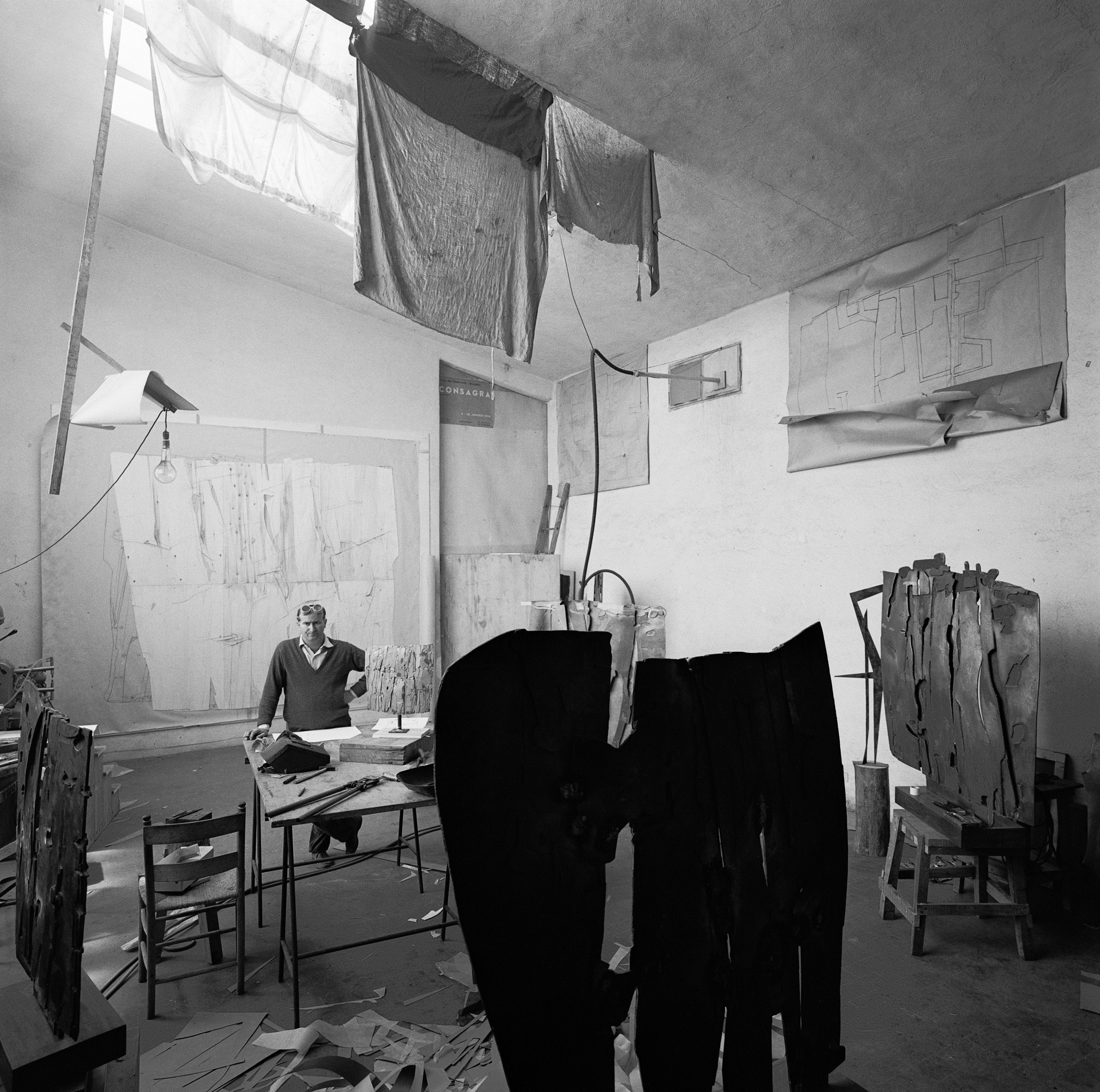 The exhibition is a must see. A bilingual publication (English / Italian) edited by Francesca Pola and published by Marsilio Editore, will be also available.