White Cube Mason’s Yard is to present an exhibition by Christian Marclay. Featuring two new video works that reconsider the relationship between image and text, the exhibition foregrounds the role of collage, the readymade and the poetics of chance encounter within Marclay’s wide-ranging practice. 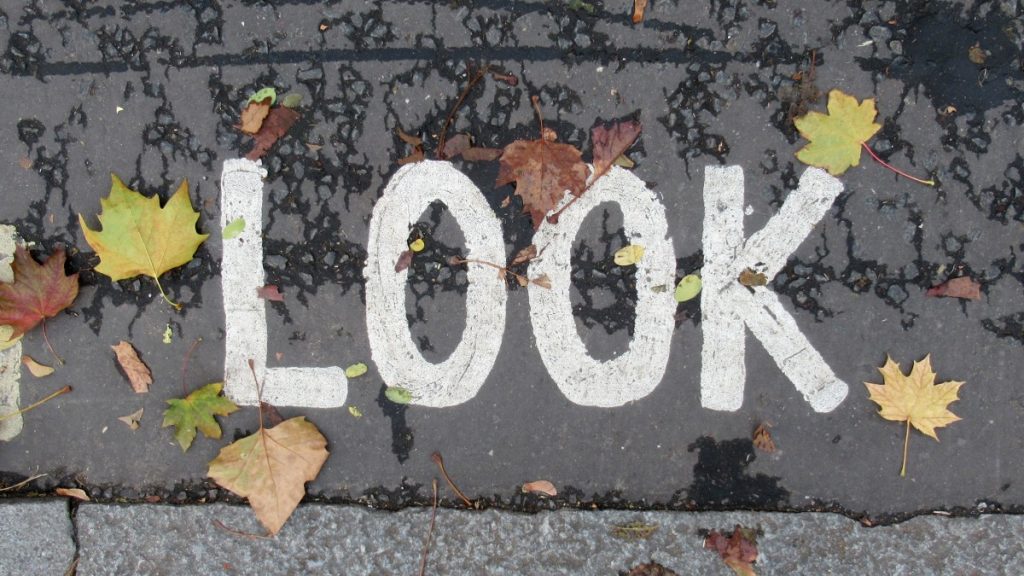 In the ground floor gallery, a new stop-motion animation combines strategies of street photography, conceptual art and serial production to create a kinetic portrait of the urban environment. Constructed in the same manner as earlier videos by the artist that featured found urban detritus like cigarette butts or bottle caps, it presents thousands of photographs of the ‘Look’ sign, painted at crossings and intersections on London streets. Like the experiments of early cinema or the stuttering movement of a flip book, Marclay’s collection of images captures this blunt, textual command in a surprising array of states: precise, erratic, superimposed or virtually erased by traffic or weather. Through isolation and repetition of his subject, Marclay accesses the strange within the familiar, allowing the viewer to look again at this everyday instruction.

The relationship of text to image continues in a large-scale, silent video installation presented in the lower-ground floor gallery. In this work, thousands of cinematic cutouts, cropped from the bottom of the frame where subtitles typically feature, are collated and presented as a floor-to-ceiling column of 22 horizontal strips. Conceived as a ‘vertical poem’, fleeting extracts of English subtitles resembling lines of concrete poetry are overlaid on disparate, cinematic fragments that conjoin and flow in a dense, painterly tapestry of word and image. An overall structural logic allows the viewer to make subjective connections across numerous themes, peripheral actions, obscured scenes, frenetic camera movements and kaleidoscopic colours. Toying with our impulse to read images, the work serves to expose how the interpretation of cinematic tropes are both collective and personal. Various forms connect across different clips, echoing the artist’s works with paper fragments and his ‘Body Mix’ series in which figures from different record covers come together to make new composites.

Marclay has said that his use of collage – which relates to a Duchampian notion of the readymade as well as to the experimental approach of Fluxus – combines visual recognition with the shock of contextual transformation. In these two new video works, his use of the collaged fragment allows for a shift in focus, redirecting the eye from centre to edge, downward to the dirty corner of a street seen from above or the very bottom section of a film frame, and relocating it as the site of chance encounter and potential narrative.