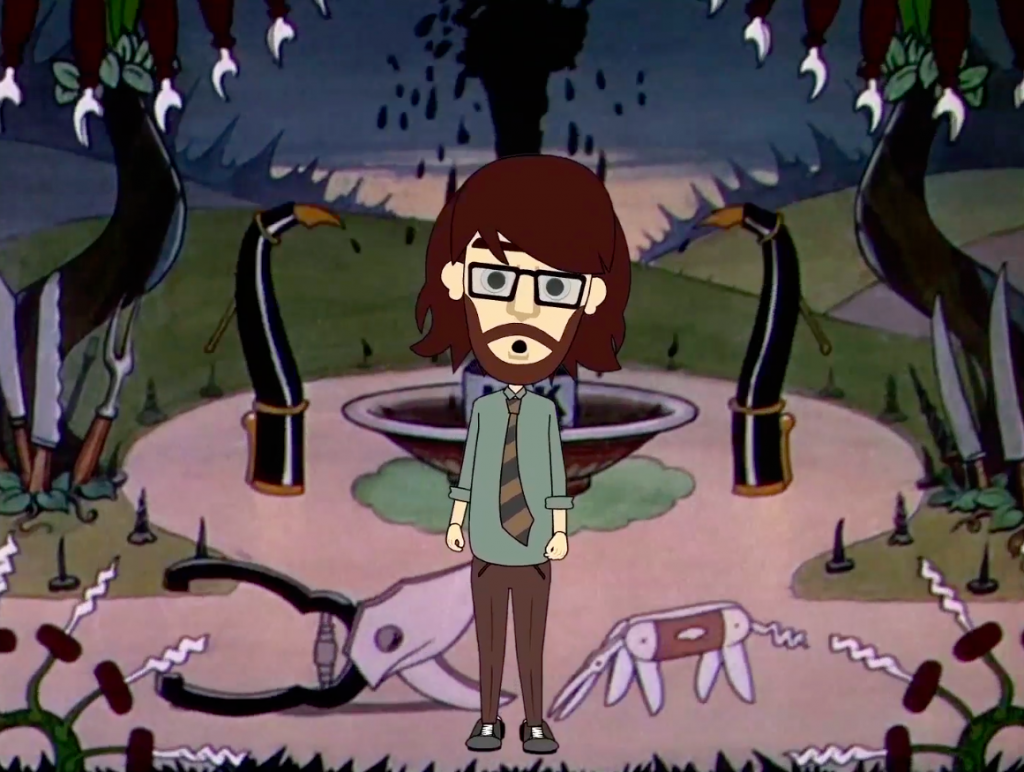 Still from Andy Holden: Laws of Motion in a Cartoon Landscape

It’s always nice to see a significant project unfold from the beginning. Back in 2011, Andy Holden was in residence at the Stanley Picker Gallery in Kingston, and I caught his brilliant illustrated lecture on ‘Laws of Motion in a Cartoon Landscape’, setting out the typical tropes of the cartoon as a starting point for analysing art and the world. The artist’s lecture was having something of a moment them, as I recall Ryan Gander and Doug Fishbone also excelling. The problem is that such events are hard to repeat – but Holden found a very logical solution. Continuing to develop his ideas over 2011-17, he has inserted a cartoon avatar of himself into a film version. Now that film comes to London for the first time in the highly appropriate setting of the Cinema Museum, Kennington (21 Feb – 10 March). You can see why it took a while: Holden has sourced over 400 illustrative clips, the range of references – from cave painting to Futurism to Slavoj Žižek to quantum mechanics – is dizzying, and the analogies he draws out of the material are persuasive and witty. Untrammelled by his erudition, Holden provides a most entertaining hour. 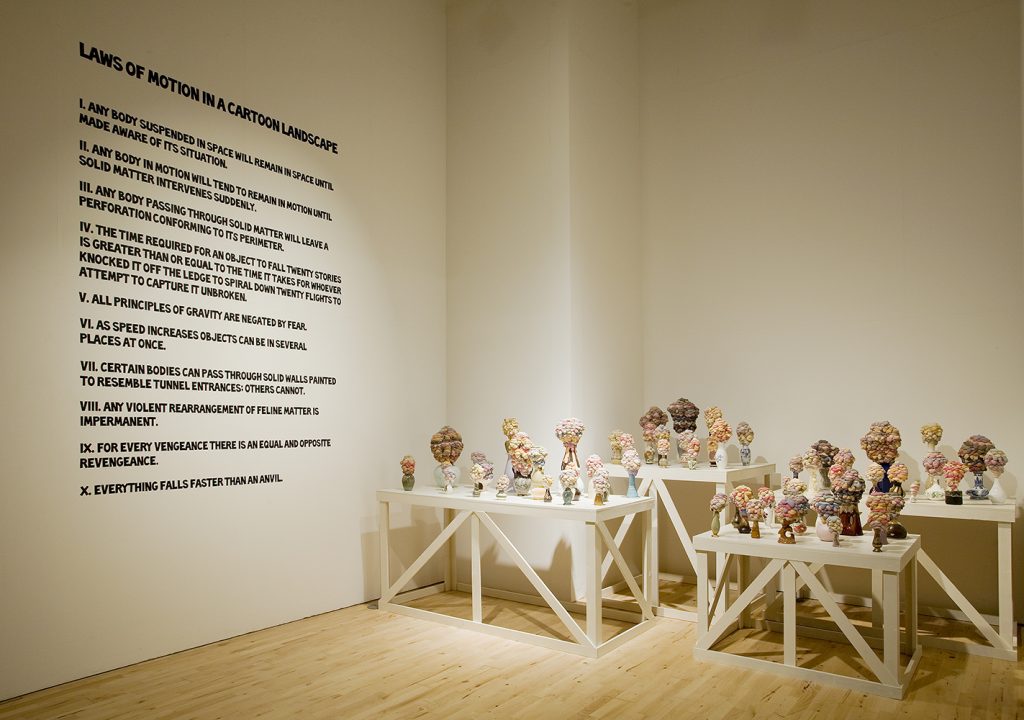 Holden’s 2011 installation in Kingston included the list of laws

By way of a flavour. Law I states that ‘any body suspended in space will remain in space until made aware of its situation’. That leads Holden to observe that ‘capitalism as a whole operates with nothing below it’ – and, as the 2009 collapse of banking system showed, it was ‘oblivious till it looked down’. I also love Walt Disney’s explanation of how there should be an underlying logic to cartoon impossibilities: the spine which runs the length of a cow ‘explains’ why pulling its tail rings the bell on its neck. And the comparisons Holden draws between the unmooring of cartoons from the factual world with post-modernism in the arts and ‘post-truth’ in politics are spot-on. There are ten laws of motion. No. 11 could be: go see this…

See below for the trailer for ‘Laws of Motion in a Cartoon Landscape’.