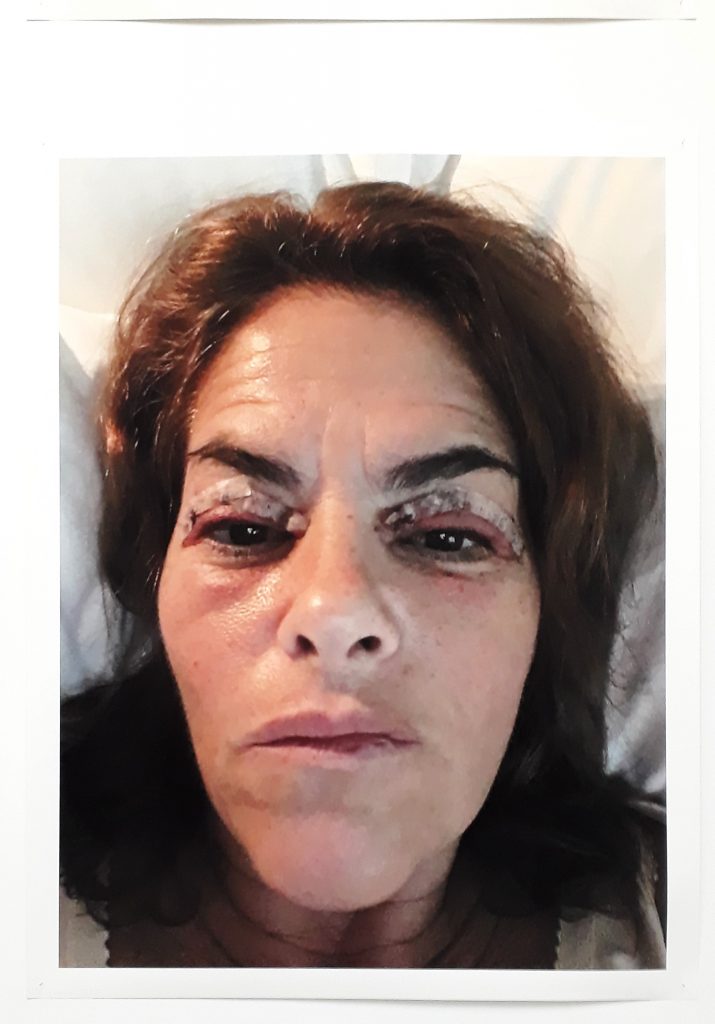 Tracey Emin: ‘Insomnia 8.27’ – titled from the time of the photo, and blown up to 2 metres high in the installation of 50 selfies

You might describe Tracey Emin’s huge and superbly orchestrated show ‘A Fortnight of Tears’ at White Cube as a pleasurable maximisation of pain. It pivots on a larger-than-life bronze of her mother cradling an absence where one might expect a child. That carries through into Emin mourning her mother’s recent death (in ‘The Ashes Room’ with paintings, film and vitrines of personal notes). When your mother dies, she says, ‘the place you came from no longer exists’. That thought links to her own childlessness, and so to the works which revisit the traumas of rape and abortion which have driven much of Emin’s earlier art – no wonder she took umbrage at the press conference at the suggestion she might be jumping on the #metoo bandwagon. Her 1996 film ‘How It Feels’ – a 20 minute account in interview format of the abortion experience – is being screened as context. If anything it seems less raw than the new neon, sculptures and many paintings – some of which look almost abstract before you see such brutal titles as ‘They Held me down while he Fucked me 1976’. That’s in line with Emin’s own view that – contrary, perhaps, to popular belief – she ‘used to be embarrassed’ by her cathartic responses, but now ‘just wants to get this stuff out’. Both those intense areas of experience and suffering feed into the third main strand of the show: the whole room ‘Insomnia installation’ of 50 self-portrait photos blown up to a scale monumental enough to feel tongue in cheek even as they chronicle what Emin describes as ‘like an early death from within’. For the past four years she has taken selfies when she can’t sleep and is unable to function awake, showing an impressive range of bed wear and a lack of vanity which extends to showing puffy eyes and a fat lip. This, a fresh new reason for tears, might be seen as an update on the famous bed. Emin would like to be seen as essentially as a painter, but her unique ability is rather in how she presents her inner self. ‘A Fortnight of Tears’ confirms that power. 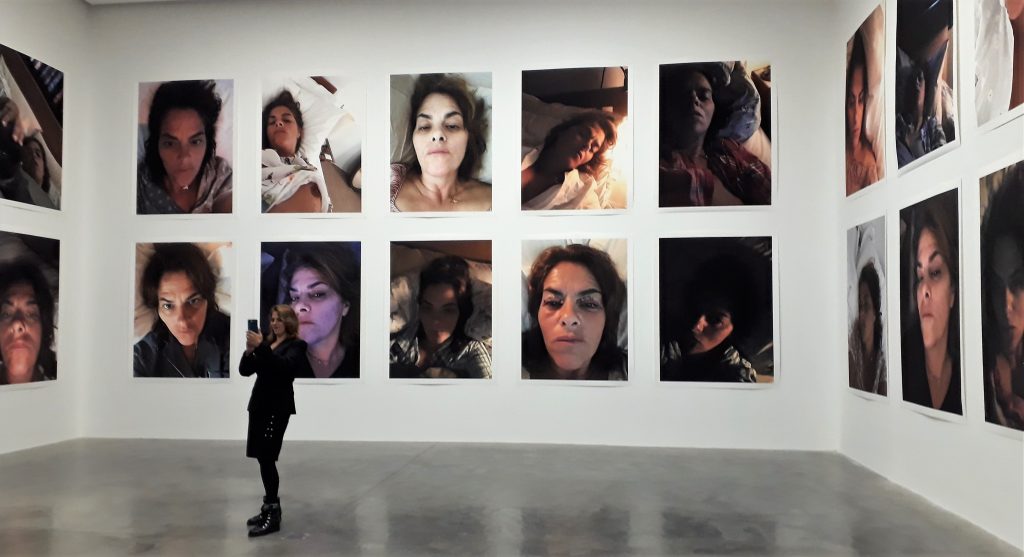 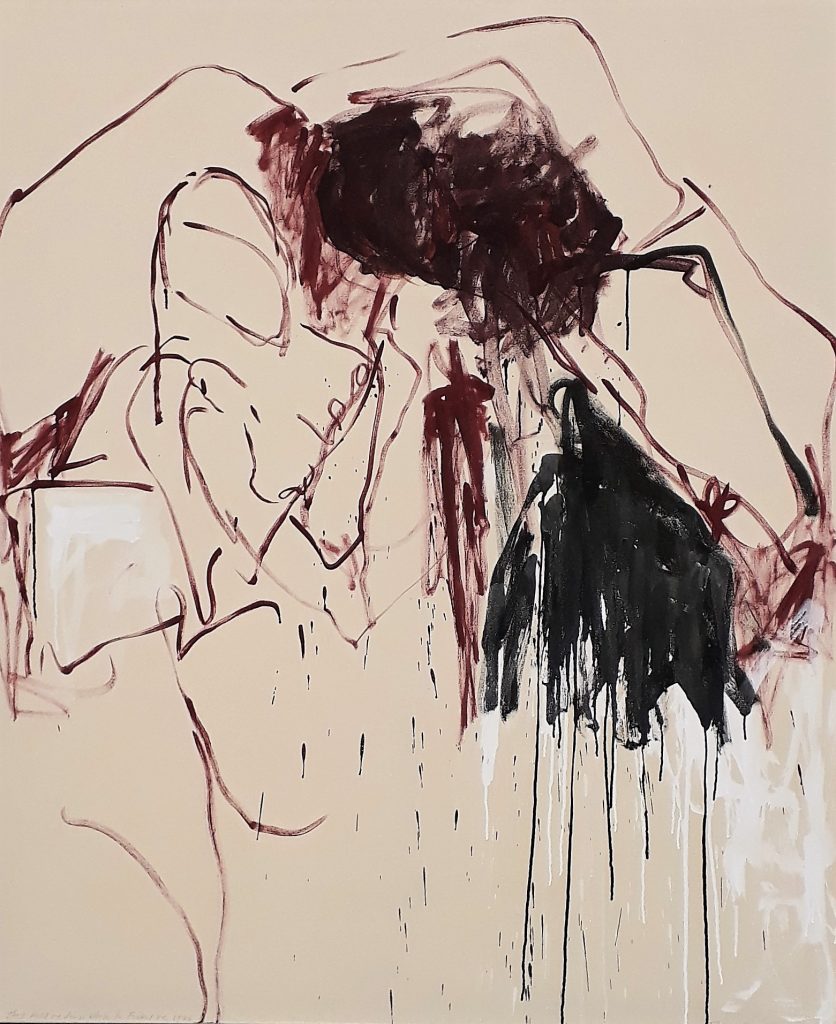 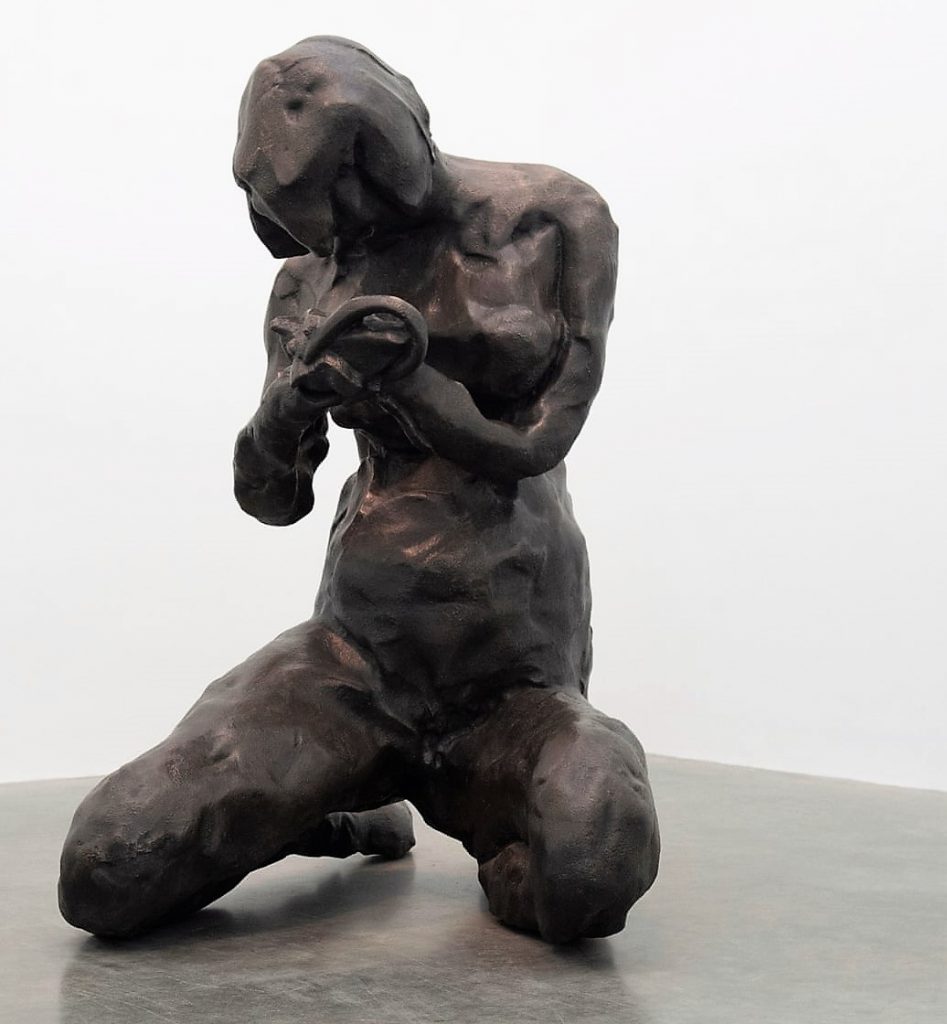