Alessio Bolzoni is publishing the second part of his photographic project which explores abuse Abuse II, The Uncanny which transforms dance and flexibility into a fierce critique of physical abuse. 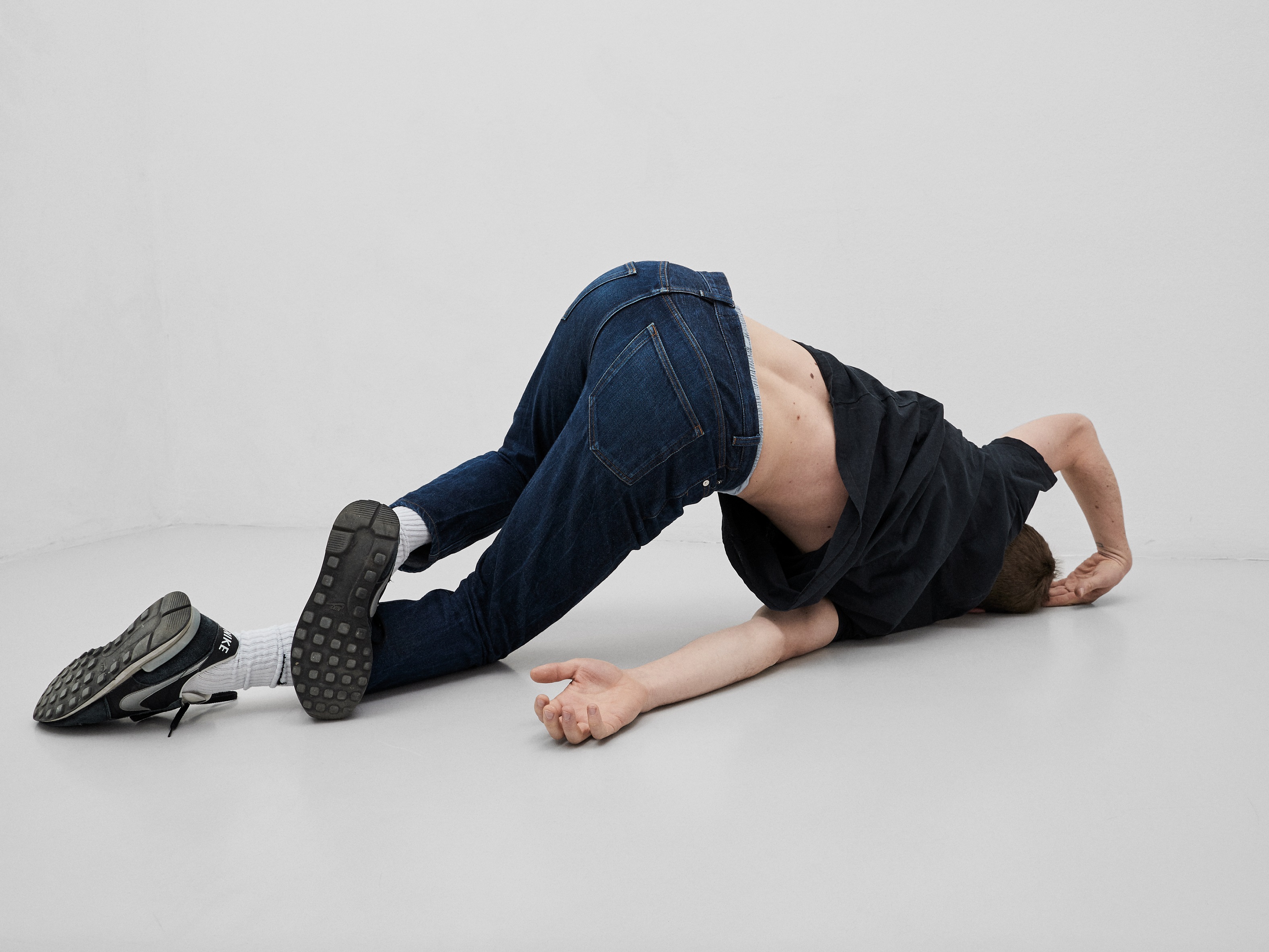 The acclaimed Italian photographer started his research in 2017. Abuse, the photographer’s first book was its first outcome. It consisted of a series of photographs of dying flowers viewed as an unflinching examination of the passage from life to death. The artist collected flowers for over six months and waited until they reached the exact moment between life and death. With his camera, he froze that passage between here-and-now and there-nowhere. 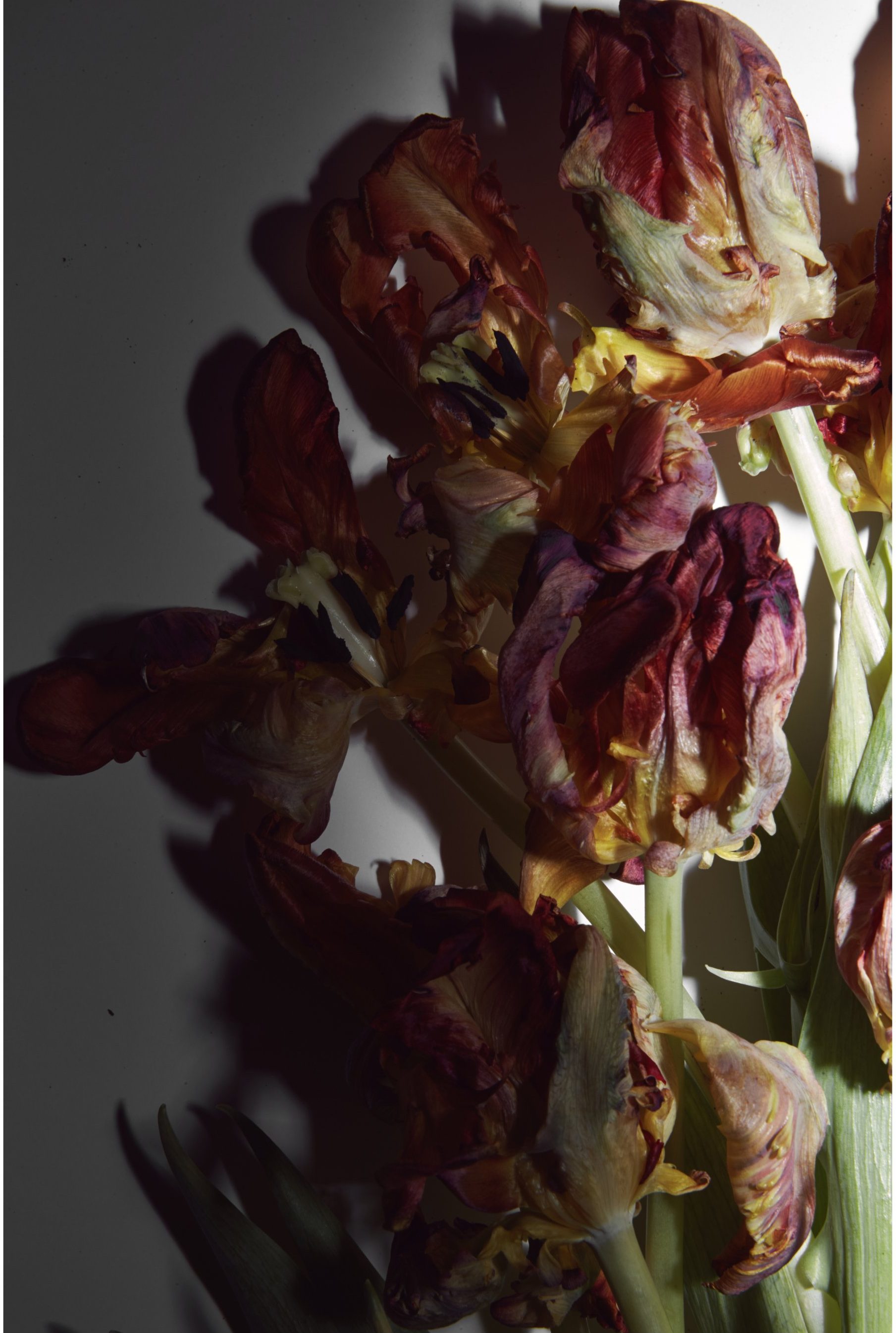 Bolzoni waited forever only to immortalise the death of these beautiful flowers he had collected for so long. By placing his attention on the moment in which people generally discard these objects, Bolzoni encouraged us to reflect on the meaning of time. His scientific and patient wait almost transformed the reaction between man and nature into that of victim and executioner.The idea behind the two books is basically the same: to create a magnetic pole of attention around the reality of abuse hidden behind minimal compositions. A flower, in Bolzoni’s hands, can no longer be simply a referent of love, grace, or purity. It symbolizes decay, instead; the after-life of passion. Nevertheless, if flowers become human beings, the question becomes more problematic. 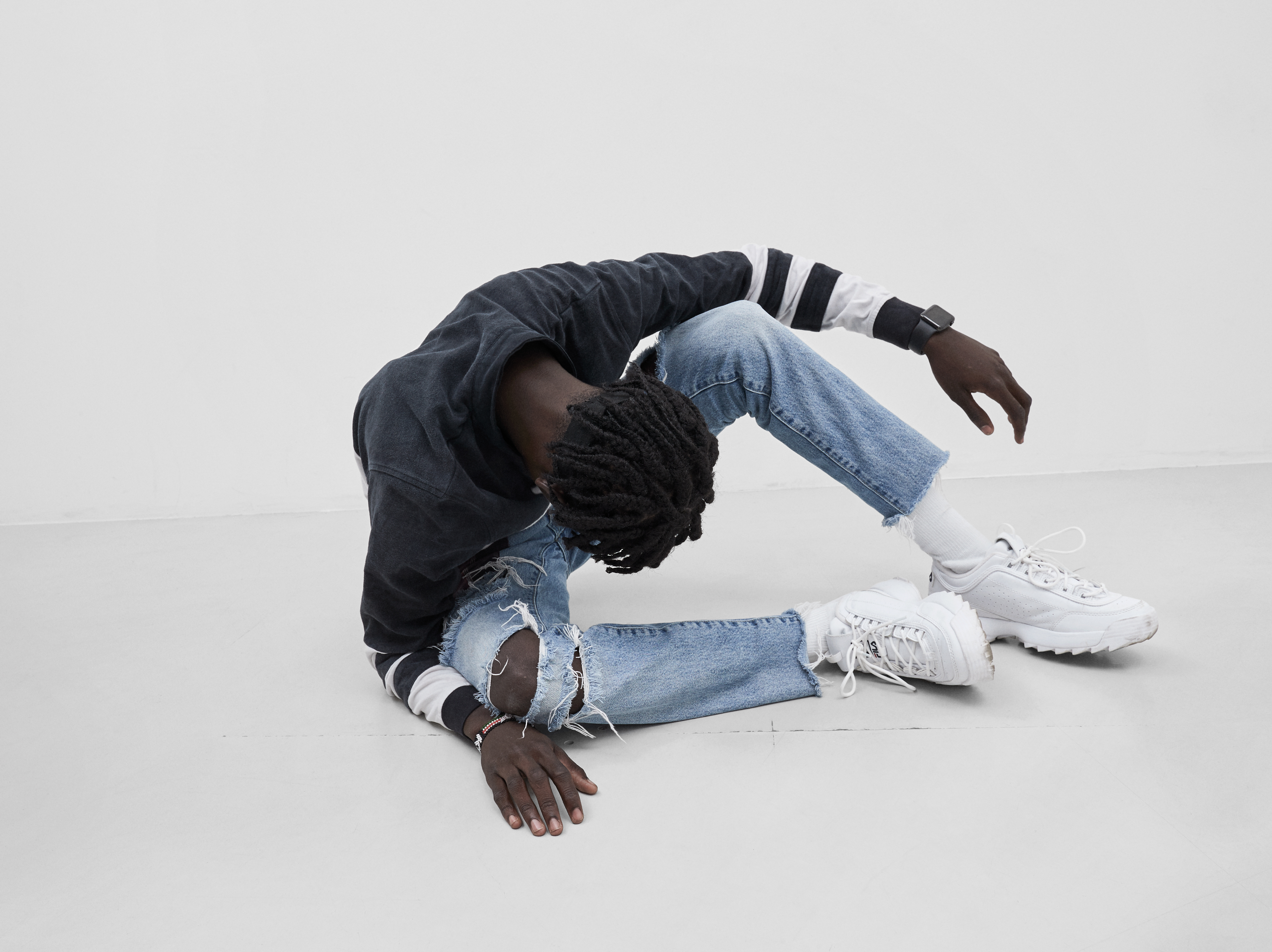 The compositional aspects in the two books remained more or less the same– minimal composition, bright lightning, focus on a single subject. Yet, the critical attention has shifted. If in depicting nature’s inevitable deterioration Bolzoni was alluding at something wider, using flowers as metaphors for life, in the second part of the book suggestions turn into reality. Mortality, decay, abuse are no longer just evoked. They are applied on the human flesh; they are personally felt by people. 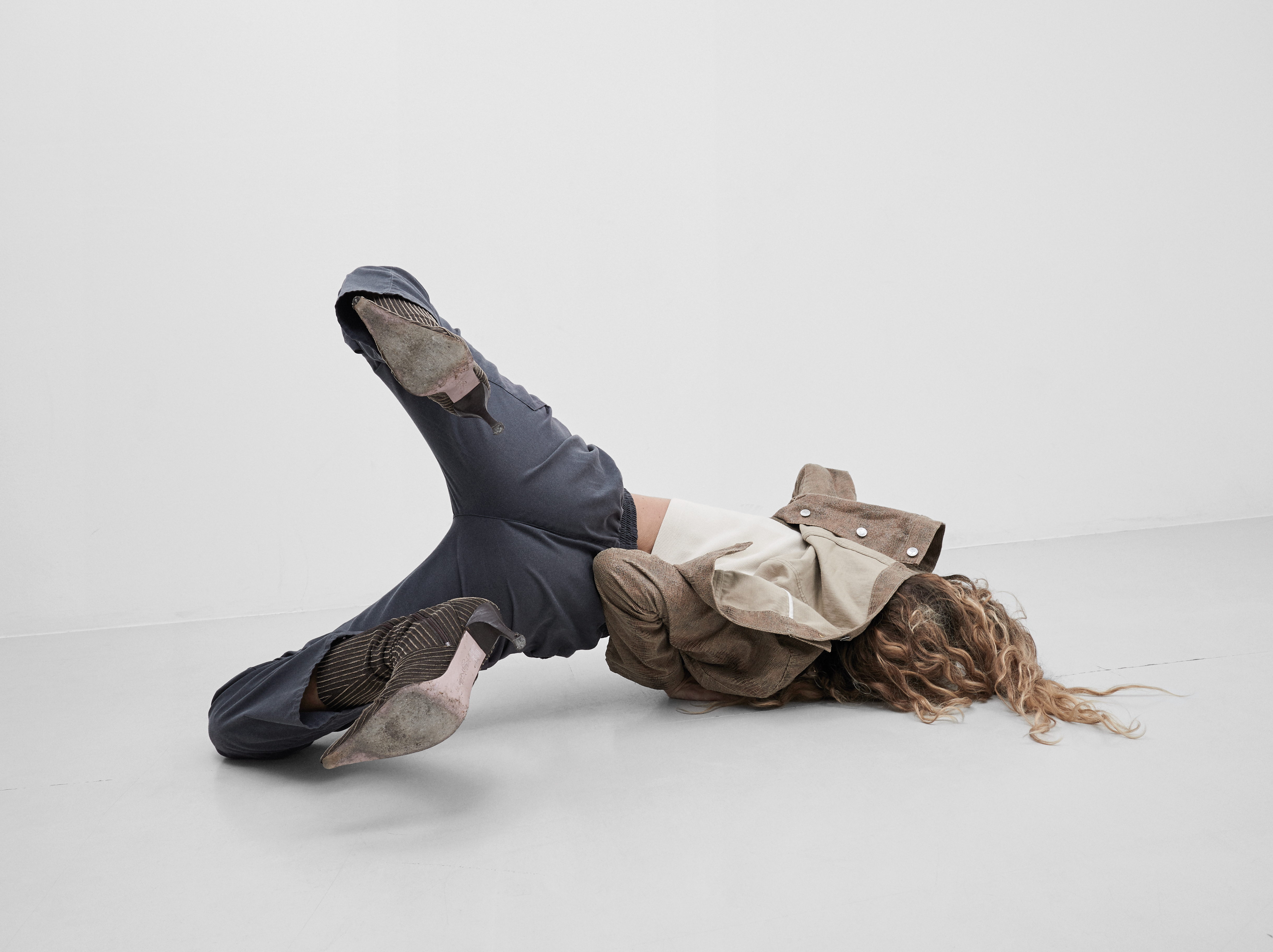 Abuse II, The Uncanny offers deformed and identity-less bodies. These reflect Bolzoni’s explorations of abuse and discomfort. The subjects’ bodies are photographed sprawled across the floor in various states of contortion. They convey a clear physical discomfort, everywhere visible in their writhing and crippled bodies. 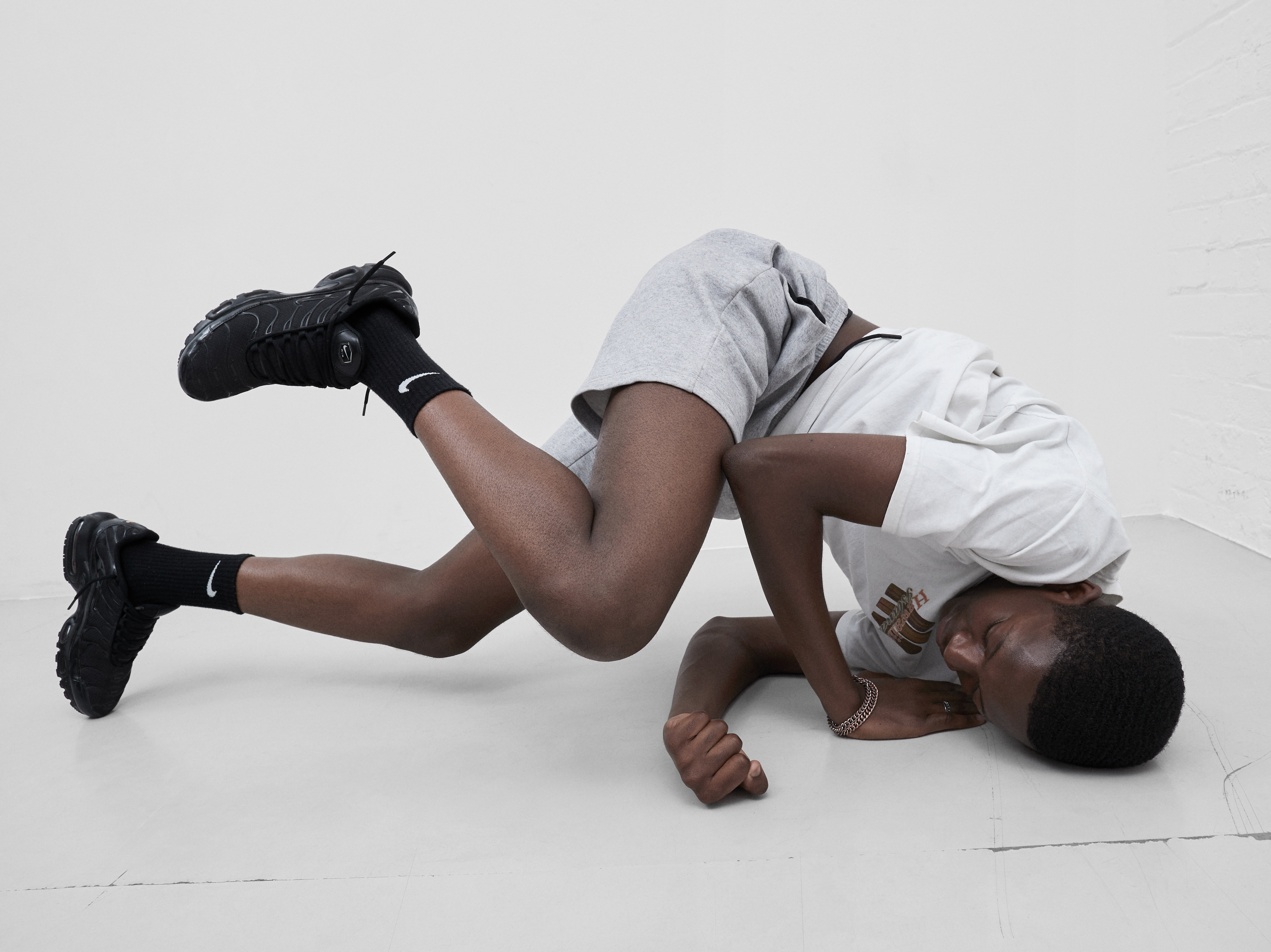 There is also an underlying psychical unquietness accompanying all of the photographs. None of the subjects’ face is discernible. The performers’ heads hide beneath their twisting and agonising bodies. This creates an uncanny situation, whereby the viewer is in a limbo between familiarity and strangeness. This impossibility for the spectator of seeing and recognising the people’s identities, their age, sex, eyes also creates an empathic bond between viewer and viewed. The person photographed conveys a physical distress; the beholder not only recognizes this, but also founds her/himself in a troubled, afflicting sensation.

Bolzoni’s compositional approach is objective, documentary and almost scientific; the elements in these images are simple and few. The focus is given to the movements of the performers – often awkward and reminiscent of bodies in pain. Eliminating decoration seems to be not simply an aesthetic choice. Pain does not call for superfluous adornment. By offering the pure sentiment of suffering, Bolzoni concentrates all imagination of the idea of abuse. The camera freezes the actions and dilates their framing of time, revealing the unseen of a body dominated by the power of gravity.

A smaller, fanzine-like insertion accompanies the main book. Inside the publication, is a further series of images, entitled Abuse II, Event. It comprise a series of photographs of clothing. Would you say banal? Think again. 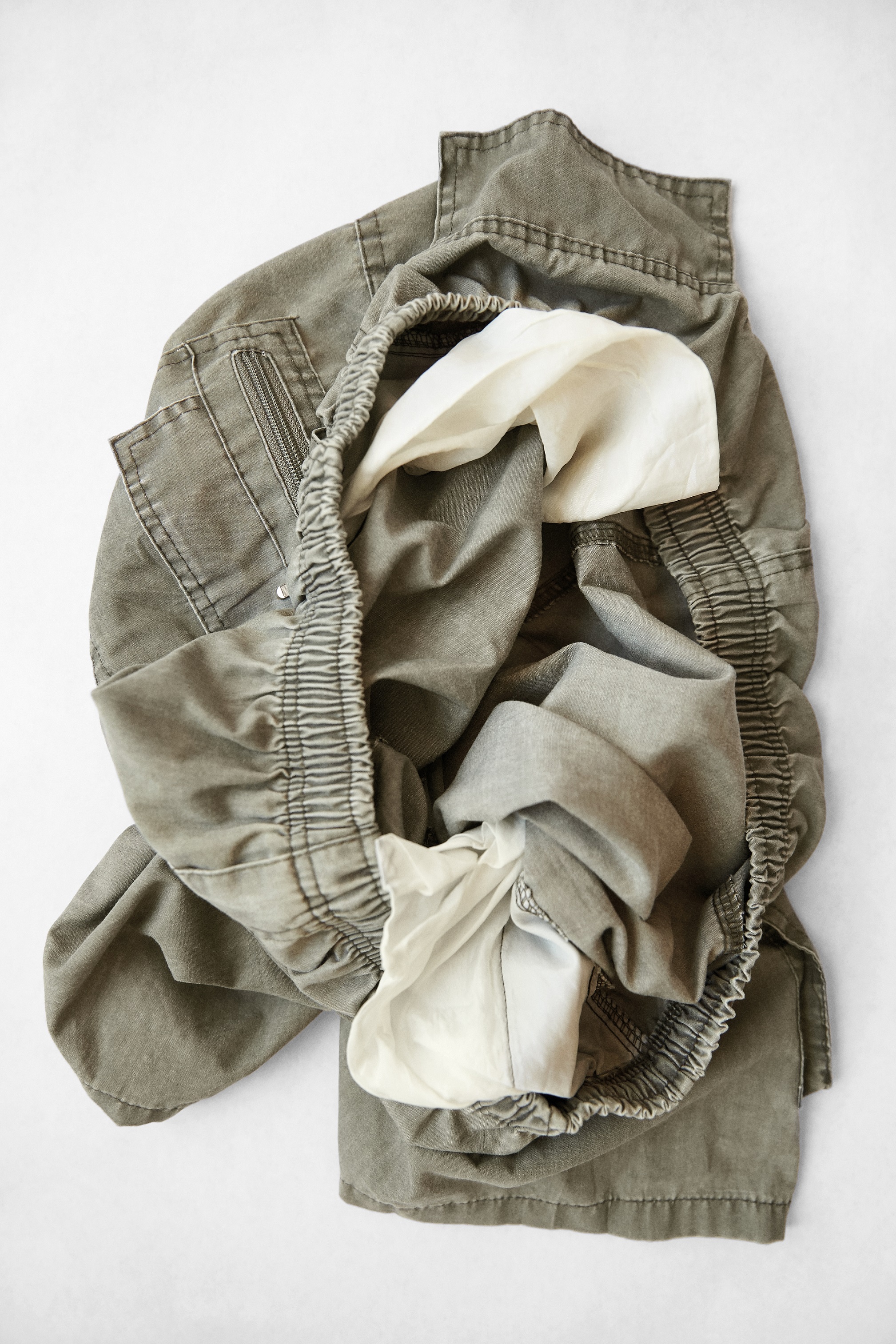 For these works, Bolzoni draws inspiration from a Syrian refugee he met on a Milanese street in the summer of 2016. Arrayed on the pavement were the clothes the man and several of his friends had worn during their overseas escape. (Salvini had not yet started banning any boat from Landin on the Italian ground). 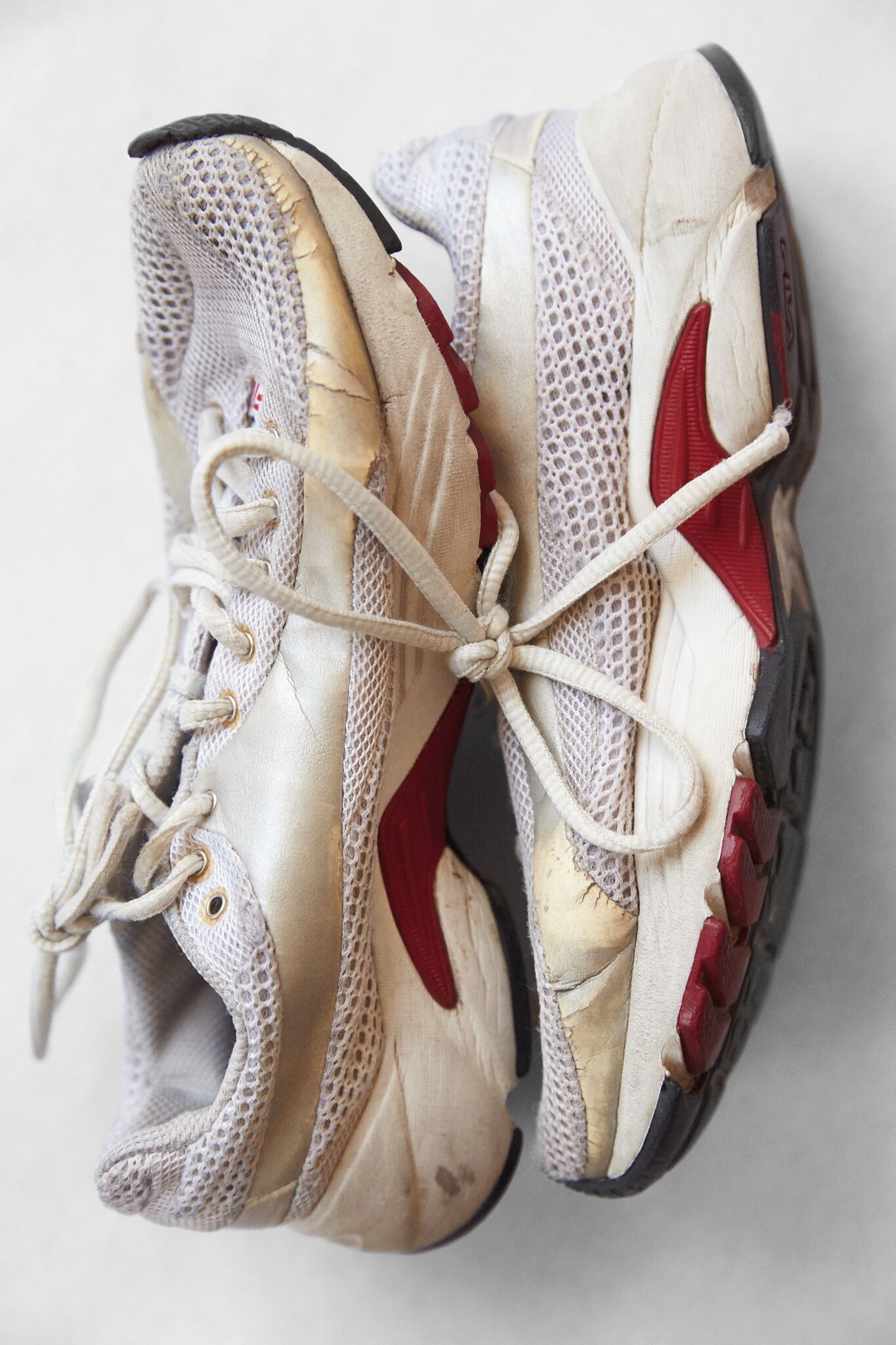 These clothes are the relics of the hazardous journey across the Mediterranean too many people are forced to go through. The man that Bolzoni saw was selling his clothes, the only thing he had left, to raise money.Following a discussion, Bolzoni bought them. He then photographed the garments unwashed, replete with perspiration and other bodily traces. In spite of its marked absence, the clothing retains the resonance of human presence, with trousers and t-shirts turned inside out and arranged in shapes that echo the bodies that wore them. An uncanny feeling is again prevalent.

As a whole, the three parts of the Abuse project reflect obliquely on the physical and emotional forces that act upon our bodies. How do they transform into forms of abuse? What traces do they leave behind? Where stands the limit between use and abuse? What is the liminal space between life and death?