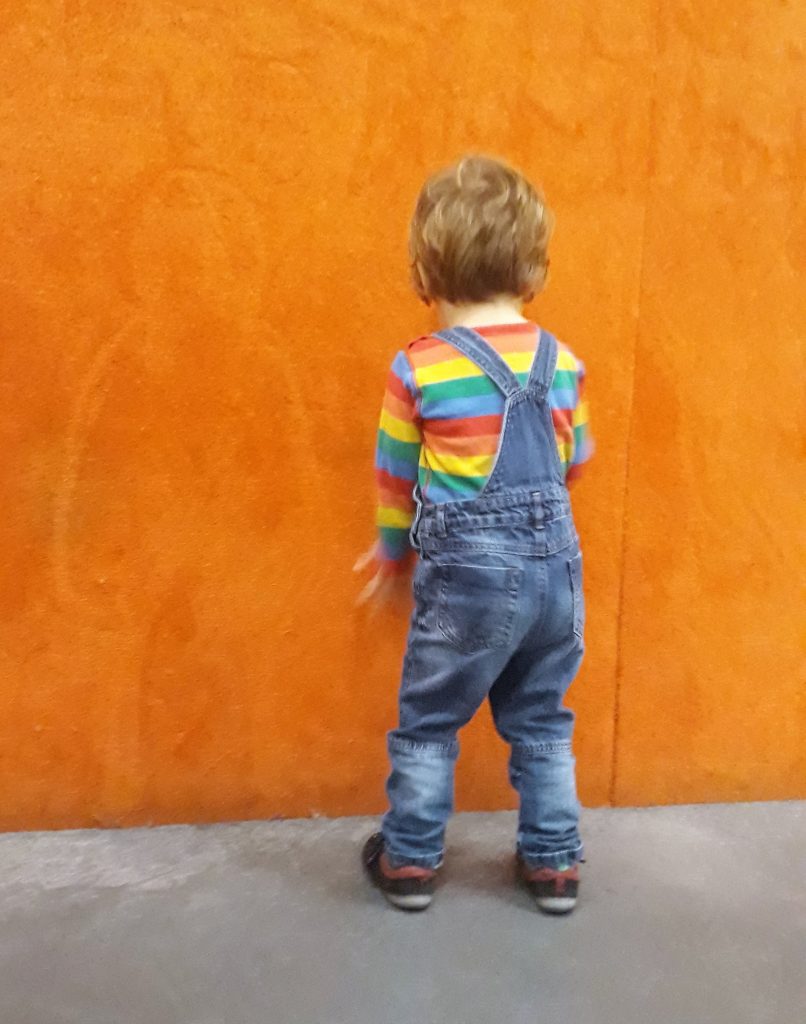 I was surprised to find recently just how much there is at Tate Modern which might entertain the typical two-year-old year old. My grandson, Rowan, acted as the test case. The biggest hit was Tania Bruguera’s installation, which incorporates a super-shiny floor on which no shoes are allowed. Whatever you think of the latest Turbine Commission as political art, this area is as popular with sliding children as were Superflex’s swings which preceded it. After charging around for 20 minutes, Rowan had to be dragged awayOther popular artists were Haegue Yang, for giving the chance to look up at a structure made from hundreds of Venetian blinds; David Batchelor, for providing a tower of simultaneous colours for identification (‘Spectrum of Brick Lane 2’ , 2007); and Rulolf Stingel for his orange wall carpet, which visitors are invited to mould and sculpt (‘Stingel challenges artistic conventions by exchanging paint on canvas for carpet mounted directly onto the wall and allowing the viewer to make their own marks on the surface’ – label). Also of some interest were Susan Phillipsz’s dark room full of voices and Olafur Eliasson’s super bright rooms. 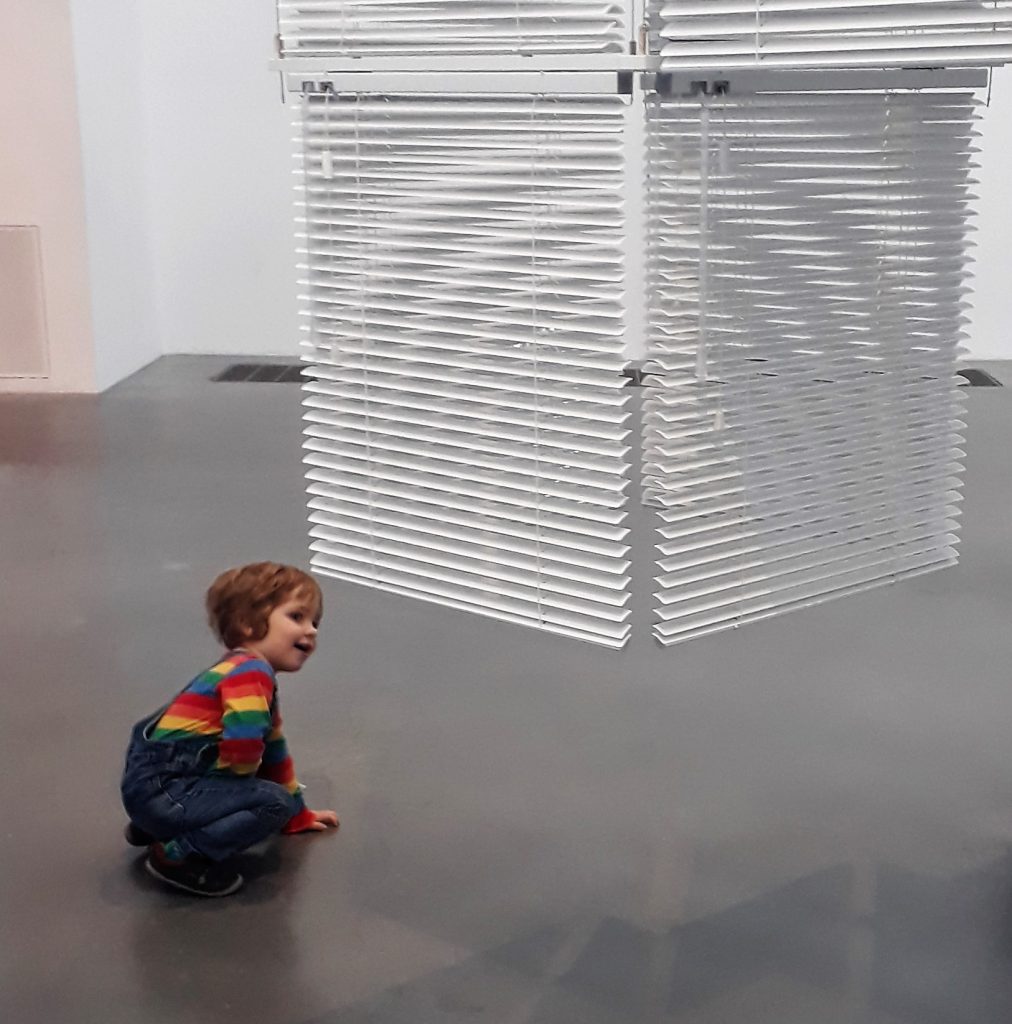 Nor was critical engagement lacking, through the Bloomberg interactive artists timeline, an interpretative wall which summons pictures when you press on it.  Add chances to look down from on high and the sweet items in the café, and Tate Modern has plenty going for it if you are young – as Tate itself points out here. The question, I suppose, is to what extent this indicates that art has been problematically infantalised. But if you have a toddler, just be grateful. 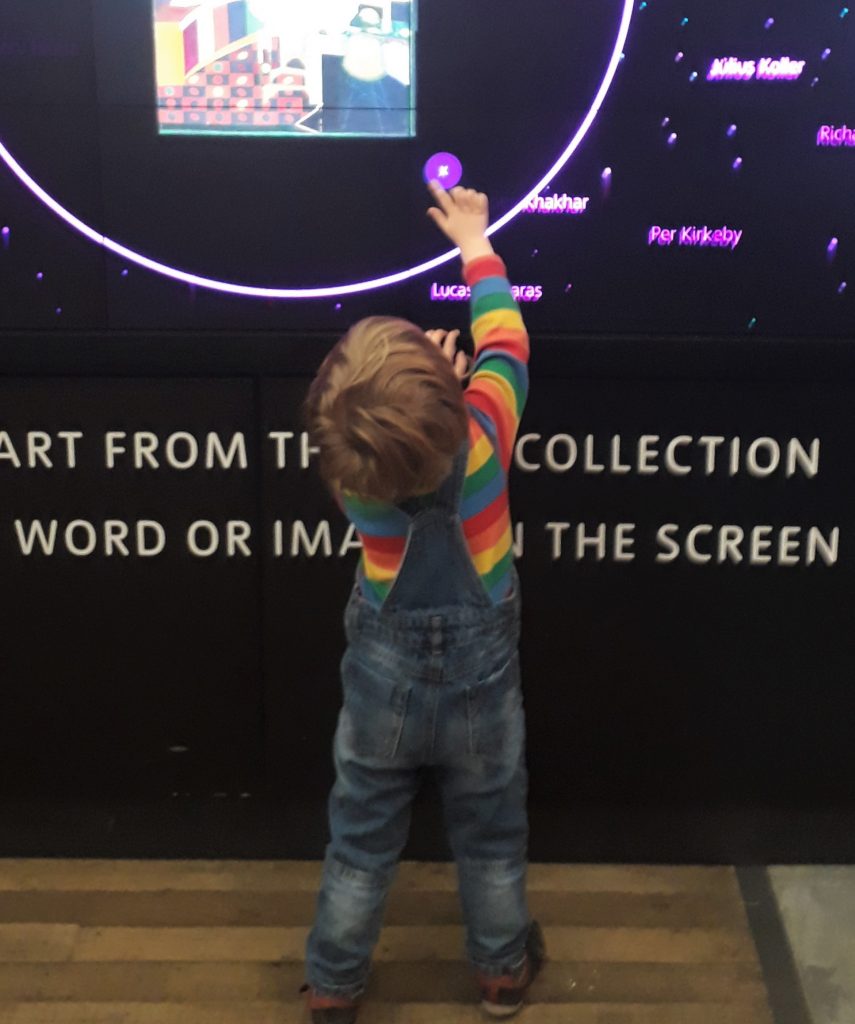