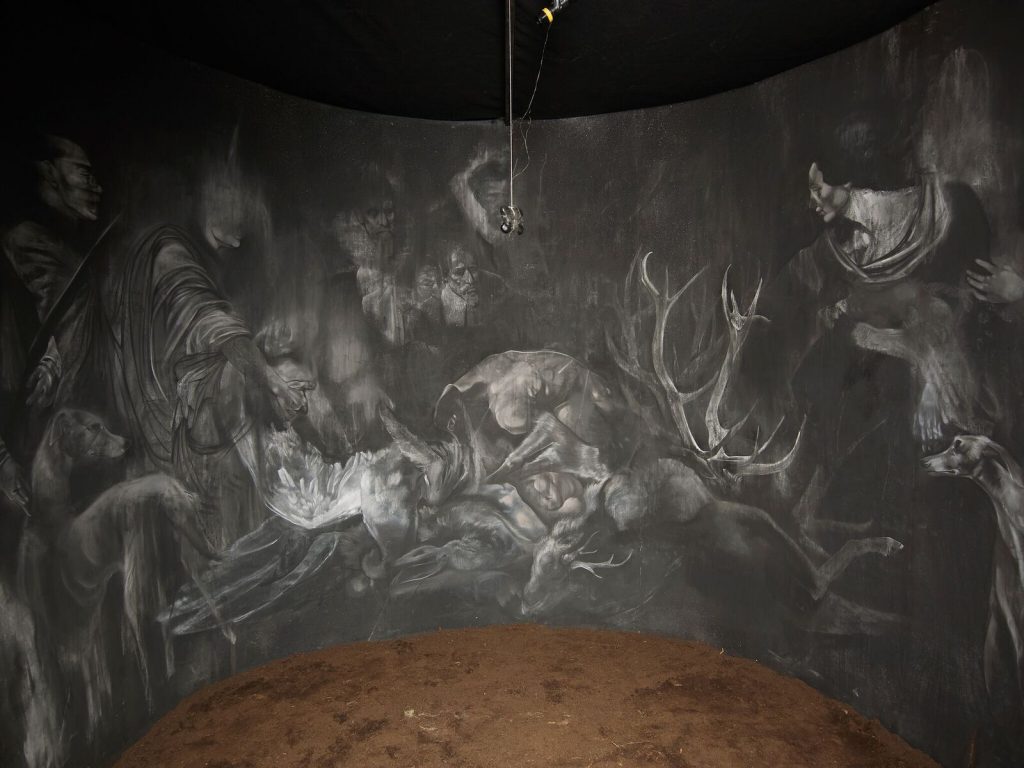 Inside installation view, Krzysztof Gil, Welcome to the Country where the Gypsy Has Been Hunted, 2018. Photo: Andy Keate, Courtesy of l’étrangère

Polish Roma artist Krzysztof Gil’s ‘Welcome to the Country where the Gypsy Has Been Hunted’* was an interesting and unusual exhibition emerging from his parallel art practice and PhD research into how discrimination against the Roma took place much longer ago than we might suppose. Gil presented drawings in the manner of the Dutch golden age inside a Roma-style shelter with barely enough light to make out that they showed the so-called ‘gypsy hunts’ of the C17th in the Netherlands, when the law enabled such persecution to be treated as a public sport. The audience had to hunt in their turn for what was both disturbing and uncanny. In conversation with the artist Ken Gemes, Professor of Philosophy at Birkbeck College, explained that the move towards ‘othering’ people on a biological basis occurred in the C19th, feeding the notorious atrocities of the C20th. Prior to that, said Gemes, discrimination tended to stem from differences in beliefs, so there was at least the possibility of change. Now it was on the unalterable basis of the body. Consequently, discrimination wasn’t to be tackled positively, by educating others, but negatively – by excluding or eradicating them as having ‘bad blood’. Gemes also proposed an interesting account of why political art mattered: according to him it can give metaphorical heft to both the material developed by academics and the experiences of activists, enabling simpler messages to counter, for example, Trump’s prejudiced sound bites. He cited the 1950’s influence of Turgenev’s ‘Notes of a Hunter’ on the abolition of serfdom in Russia and Harriet Beecher Stowe’s ‘Uncle Tom’s Cabin’ on attitudes towards African Americans, as examples of artists having more practical impact than academics. Let’s hope the show had a little of the same effect. 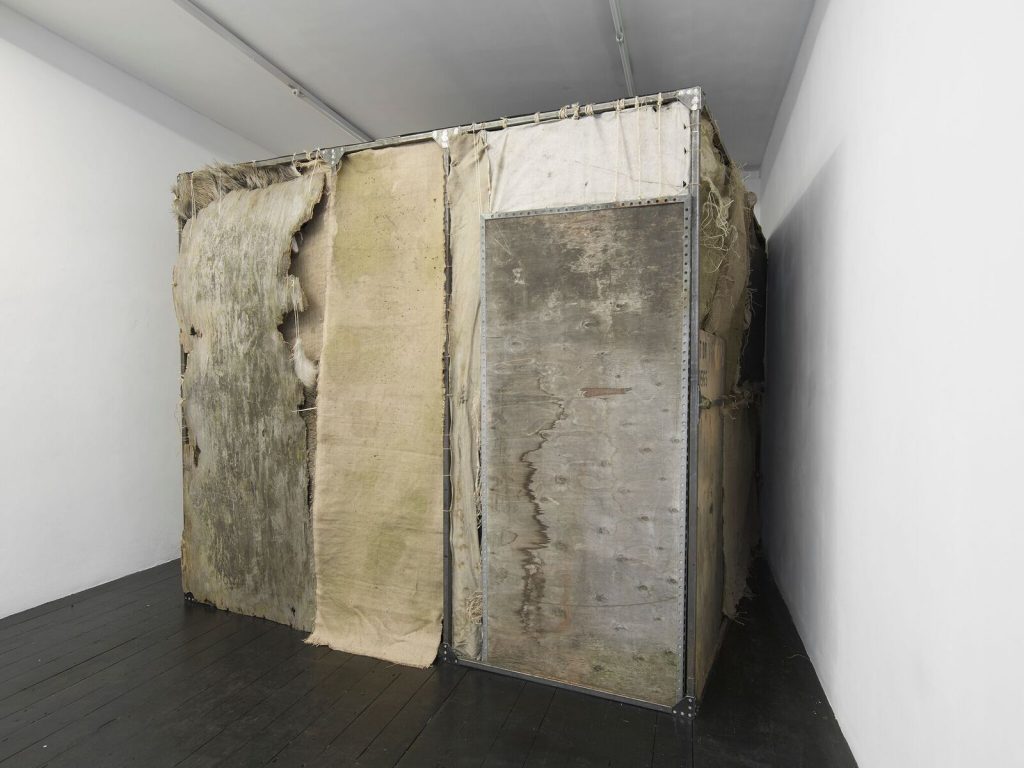 Outside installation view, Krzysztof Gil, Welcome to the Country where the Gypsy Has Been Hunted, 2018. Photo: Andy Keate, Courtesy of l’étrangère