The Shredded Banksy canvas, shredded moments after it was sold at auction last year is to be exhibited in Germany next month at the Frieder Burda museum in Baden-Baden. 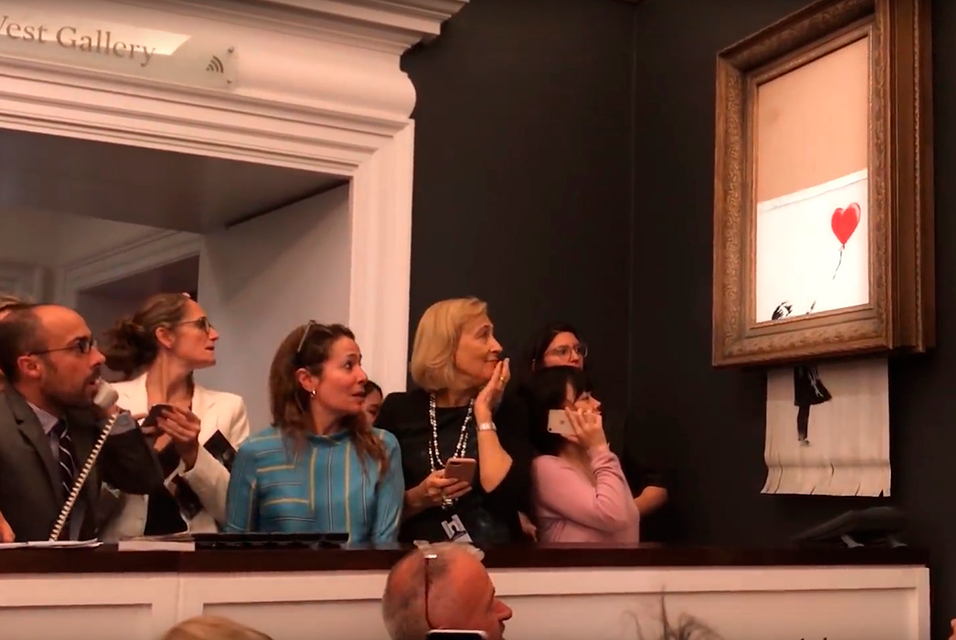 The work, now called “Love is in the Bin”, will be shown for the first time since it was created at Sotheby’s in London just after it was sold.

“Since the birth of conceptual art, there have always been artistic attempts to volatilise or even destroy an artwork’s own existence, thus undermining its material value or trying to transfer it into a different value context,”

Moments after the painting “Girl with Balloon” sold for £1,042,000 ($1.4 million, 1.2 million euros) — it unexpectedly passed through a shredder hidden in the frame.

The buyer went through with the purchase, and some art experts said it was probably now worth more than it had been before the stunt. The work will be on display at Frieder Burda for four weeks from February 5.
www.museum-frieder-burda.de

Banksy. A Visual Protest the first Banksy exhibition to be shown in Finland.

The exhibition Banksy. A Visual Protest is the first Banksy exhibition to be shown in Finland opening at Serlachius Museums in May 2021. The exhibition will be an extensive survey of the early art of Banksy.