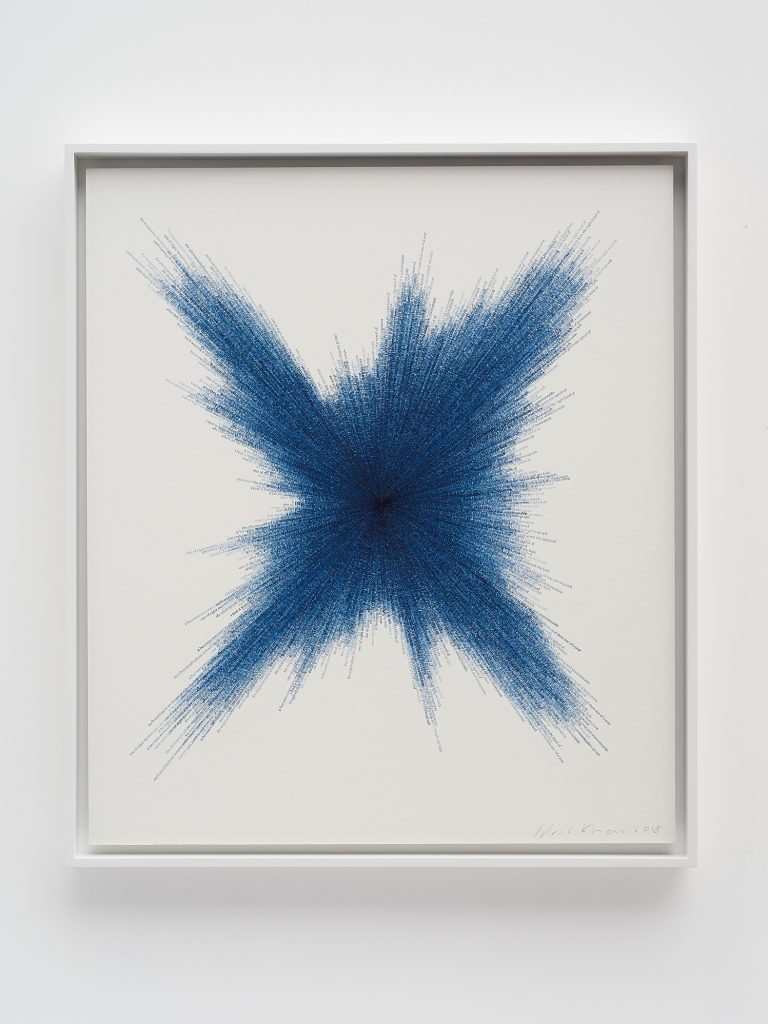 The dominant contemporary feature of the British Museum’s well-received received new Islamic Gallery* is a site-specific work by Idris Khan. Though still, perhaps, best known for overlaying multiple photographic images, Khan has moved on in various directions over the past decade, including monumental public commissions and an ongoing practice of making drawings-come-paintings-come-prints by turning a small passage of writing into rubber stamps, which become the means of creating apparently abstract compositions. 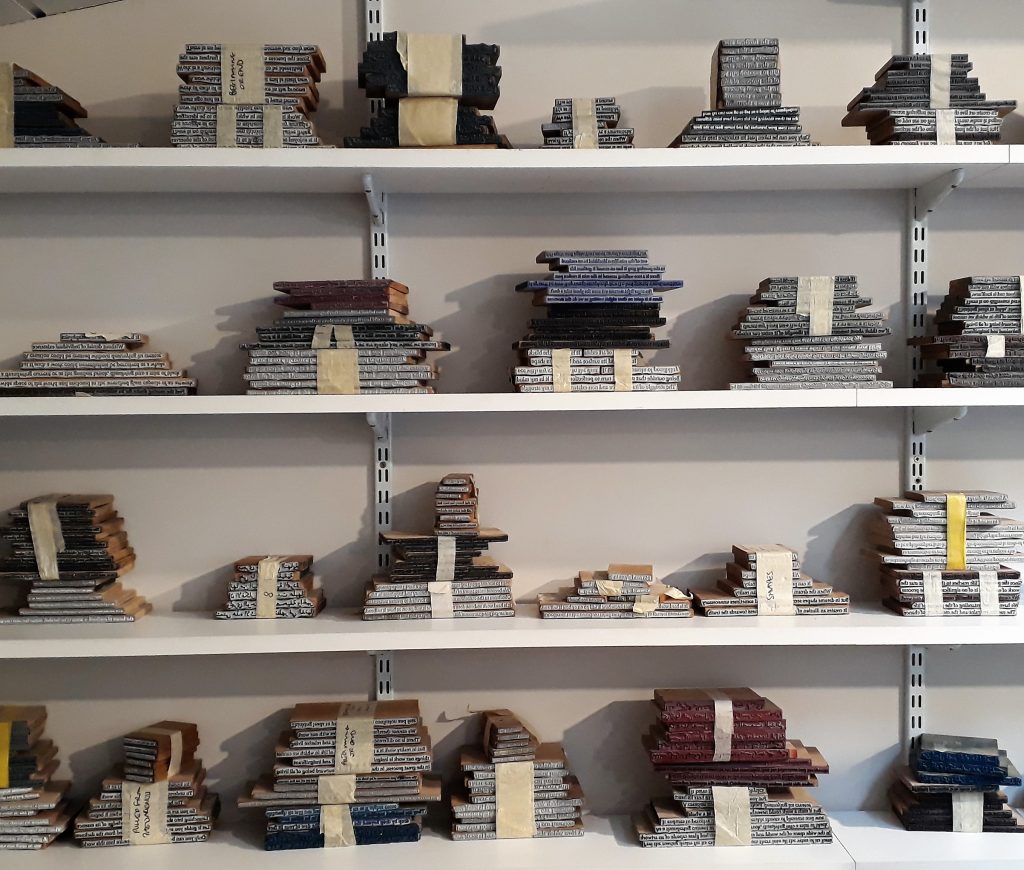 The library of stamps in Idris Khan’s studio

Khan’s studio contains a library of sorts: his shelves hold the many stamps made to create such works. I like how ‘21 Stones’, 2018, adds an overall narrthe ative to installation made from 21 different texts stamped in blue oil paint on paper, then scattered across a full wall. The visual impact is given added resonance by the presence of the texts – written by Khan about his own life. It’s not that you can read them – Khan does not intend that to be possible, and even from up close, the legibility is limited – but they draw you in to an intimate, if mysterious, encounter. The more explicit backstory is that of the ‘Stoning of the Devil’ ritual, when pilgrims throw stones at a wall of the Jamarat during the annual Islamic Hajj pilgrimage to the holy city of Mecca: the wall represents the devil, though the pilgrims are encouraged to turn their attention inward, through contemplation and meditation, to rid their spirit of impure thoughts, which ultimately brings them closer to the divine. The British Museum’s wall stands in, so that each drawing represents a stone thrown, suggesting in turn how the words hit the paper to create the artwork. As Khan says: ‘I have always imagined when a pilgrim releases a stone, and it hits the wall, the words and prayers that the stone represents explode into a physical language’. 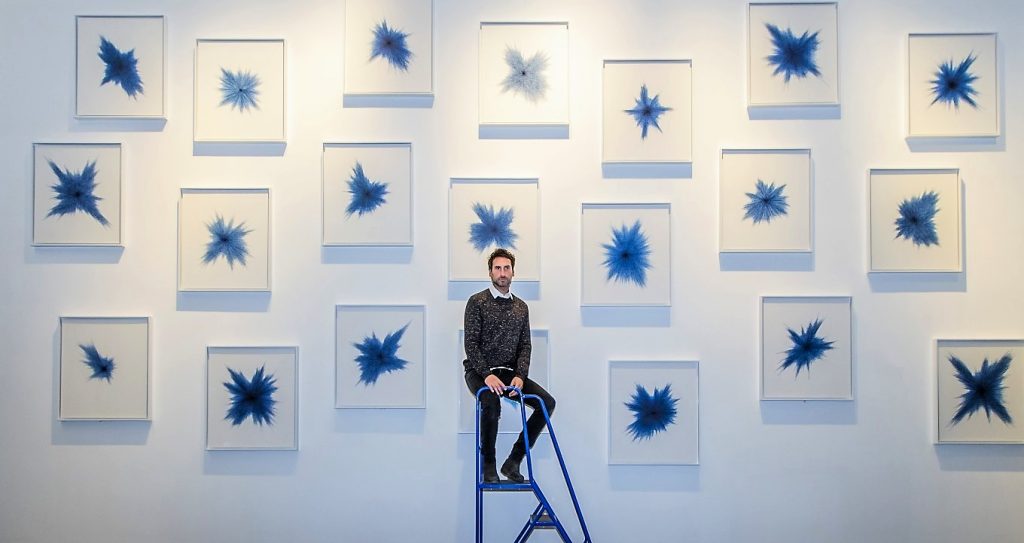 Idris Khan with ’21 Stones’ in the Islamic Gallery

Art writer and curator Paul Carey-Kent sees a lot of shows: we asked him to jot down whatever came into his he