The Illuminated River Foundation has just announced the initial stage of the Illuminated River public
art commission, which will light up London Bridge, Cannon Street, Southwark, and Millennium Bridges in summer 2019. Following the granting of planning permissions, work will shortly commence on site, two years since the winning team was announced by Mayor Sadiq Khan.

When complete, the free and publicly accessible light installation will span up to 15 central London bridges, from Albert Bridge in West London to Tower Bridge in the City, unifying them in a single artwork and defining them as a sculptural and symbolic link across the capital. The activation across the bridges will be phased, with a further section completing in 2020, and Illuminated River due to be fully delivered by 2022, subject to funding being secured.

The scheme has been developed in consultation and collaboration with over 50 organisations on and around the river, including the Port of London Authority, Historic England, Cross River Partnership, seven local authorities (City of London, Tower Hamlets, Westminster, Southwark, RBKC, Lambeth, Wandsworth) from whom 29 planning permissions and 18 listed building consents have been granted. Chair of the Board of Trustees, Neil Mendoza, said:

“A tremendous amount of work has been done since the winning team of Leo Villareal and Lifschutz Davidson Sandilands was announced almost two years ago. Much of that work has been undertaken in collaboration with organisations up and down the river, including one of the largest and most detailed planning processes London has seen. We are grateful for the contribution of all our partners and look forward to continuing our work together. We are also extremely pleased to have the support of the Blavatnik Family Foundation, whose generous donation has been invaluable in helping us turn the Illuminated River from a vision into reality. We look forward to announcing more details about the illumination of four bridges in due course.”

Celebrating the important role of the Thames’ bridges in connecting communities on the north and south sides of the river, this major art commission will enhance the public realm at night and create new opportunities for enjoyment and exploration of London’s riverside environments.

Responding to social activity and built form on and around the river, the artwork will subtly unfold compositions of sequenced light patterns using dynamic colours and shifting hues inspired by the Thames paintings of Impressionist Masters and English Romantic artists. The unified lighting concept imagined by artist Leo Villareal refocuses attention on the Thames bridges, illuminating their separate identities and honouring the architectural and engineering heritage of each structure.

Illuminated River’s energy-efficient LED technologies, smart networks and customised software will provide a long-term sustainable lighting solution for the bridges. Using networks of responsive LEDs, the project will cut down existing energy consumption and light pollution on the river including the reduction of light spill. Illuminated River will provide an improved environment for the Thames flora and fauna, addressing the environmental impact of existing light pollution.

The artwork offers a new river-focused London experience and promotes walkability and public safety along the Thames embankments. Illuminated River will enrich the experience of travelling along and across the river on foot, encouraging London’s residents and visitors to use the river – currently the city’s most under-used artery – as a means of transport. Illuminated River provides a best-practice model of collaborative urban practice, demonstrating how different sectors and boroughs can work together to support cultural initiatives that enhance public space, making the city more attractive and accessible for everyone.

About The Artist
The acclaimed American artist Leo Villareal (b. 1967 Albuquerque, New Mexico), a pioneer of LED light sculpture, creates intricate light installations for both gallery and public settings. He came to international prominence through his project, The Bay Lights, which illuminated the San Francisco-Oakland Bay Bridge in 2013. Initially conceived as a two-year display, the popularity of The Bay Lights led it to be transformed into a permanent installation, now an iconic visual element of the San Francisco’s landscape. He focuses on identifying the governing structures of systems, and is interested in base units such as pixels and binary code. His installations use custom, artist-created code, which constantly changes the frequency, intensity, and patterning of lights through sequencing. Villareal has created temporary and permanent light works and sculptures for public spaces and museums including the Morris and Sophie Chang Building, Massachusetts Institute of Technology, Cambridge, Massachusetts; Herbert F. Johnson Museum, Cornell University, Ithaca, New York; the National Gallery of Art, Washington, D.C; Rice University, Houston, Texas; and the San Francisco-Oakland Bay Bridge. Villareal’s winning submission for the 2016 Illuminated River International Design Competition, will use light and colour in an integrated composition to enliven the bridges of the River Thames in London. villareal.net 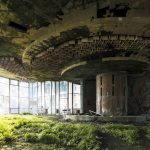 The Top 5 Online Exhibitions to see over the Festive Season 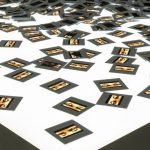