See 10 new large drawings made by James Capper as he fabricates the first WALKING BOAT sculpture MUDSKIPPER which will be shown and launched in London in the spring of 2019. Included in our exhibition will be a full-scale plan of MUDSKIPPER, a fully mobile sculpture some 9 metres in length. 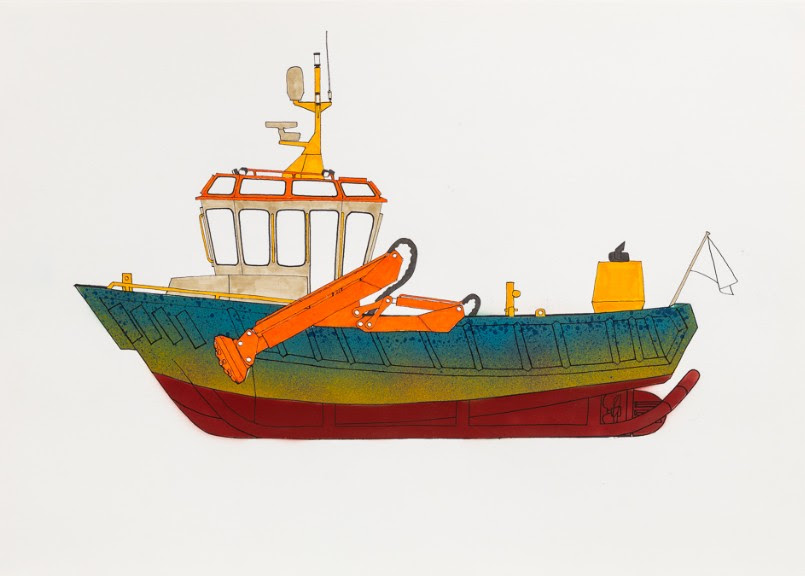 The ingenuity of biological lifeforms has long inspired advances in human technology. Indeed, the contemporary world of engineering and mechanics continues to look to the organic world to solve complex challenges. James Capper’s ambitious, multi-scale WALKING BOAT sculptures – researched, drawn and developed over the last 10 years – are embedded within this narrative: the reciprocal dialogue between biomechanics and the human, the organic and the technical.

As early as the year 231, Chinese army commanders had modelled an “artificial cow” for the efficient transportation of food to faraway troops. Fast-forward to 2018, we have designed soft-robotic pneumatic systems with the exact anatomy of a living octopus, designed to reach difficult surgical zones or to overcome complicated obstacles in search-and-rescue missions. The history of evolution is echoed in James Capper’s frequent aesthetic and conceptual reference to the organic or biological, pitched alongside an interest in technology, innovation and the systems of heavy industry. His unique sculptural language evolves along different modular chains he terms ‘Divisions’, a network of interrelated sculpture families each grouped according to specialised application. WALKING BOAT sculptures are part of the Offshore Division, designated for use on and off water.

The colonisation of land by aquatic lifeforms has a long evolutionary history. Beginning some two billion years ago, multiple genealogies chart species-formation as each made the macro-ecological jump onto the earth and an uninhabitable world flourished with life. Protected by a newly formed ozone layer, early invertebrates and amphibians bravely leapt into the dark terrene, and their newly encountered ecosystem soon demanded a chassis capable of symmetric, mechanised movement.

James Capper has developed a wide variety of sculpture components which are attachment parts for his large mobile works but can be shown and viewed autonomously. In the Offshore Division these are called TREADPADS, disc-shaped feet which permit a full-scale sculpture to be fully mobile. TREADPAD diameter depends on the size and weight of the larger sculpture it carries, and the shapes patterning the surface of the pad – diamond, convex, frustum – are determined by the terrain on which it is active – rock, sand, shingle: all James Capper’s works are sculpture and sculptural tools in – or ready for – action. Two pairs of different scale TREADPAD sculptures are being shown as part of Frieze Sculpture 2018, and are on display in Regent’s Park. 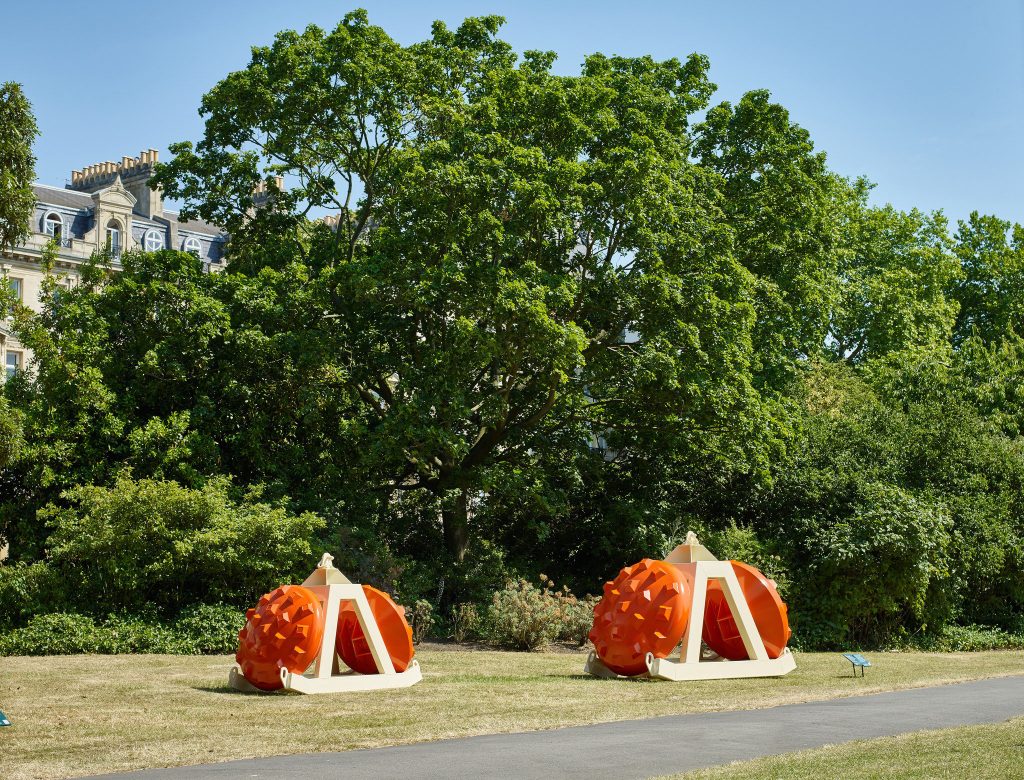 About The Artist
James Capper (b. 1987, London) studied at Chelsea College of Art and the Royal College of Art in London. Solo presentations of his work include RIPPER TEETH IN ACTION at Modern Art Oxford (2011), DIVISIONS at Yorkshire Sculpture Park (2013), SIX STEP at Rio dell’Orso with ALMA ZEVI for the Venice Biennale (2015), PROTOTYPES at CGP London (2016), ATLAS A SPOLETO! / TELESTEP A SPOLETO!, Anna Mahler Association project for the Mahler & LeWitt Studios & Festival dei Due Mondi, Spoleto, Italy (2016), SCULPTURE & HYDRAULICS at The Edge Institute of Contemporary Interdisciplinary Arts, University of Bath (2017) and JAMES CAPPER at Bathurst Art Gallery, New South Wales, Australia (2017). The youngest ever artist to be awarded the prestigious Jack Goldhill Prize for Sculpture from the Royal Academy of Arts, London, he has major sculpture projects in 2018 including: AEROCAB with 3-D Foundation in Verbier, Switzerland, Blue Frame with Forth Arts in Sydney, Australia, and MUDSKIPPER, WALKING WORKBOAT in London. 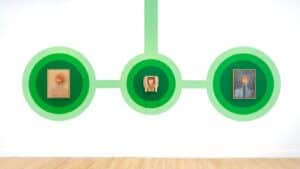 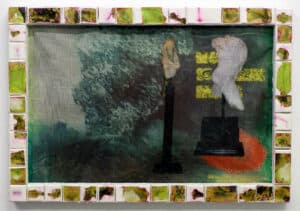 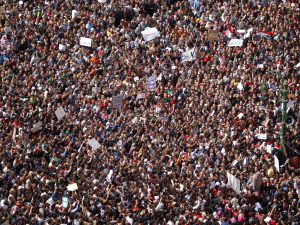