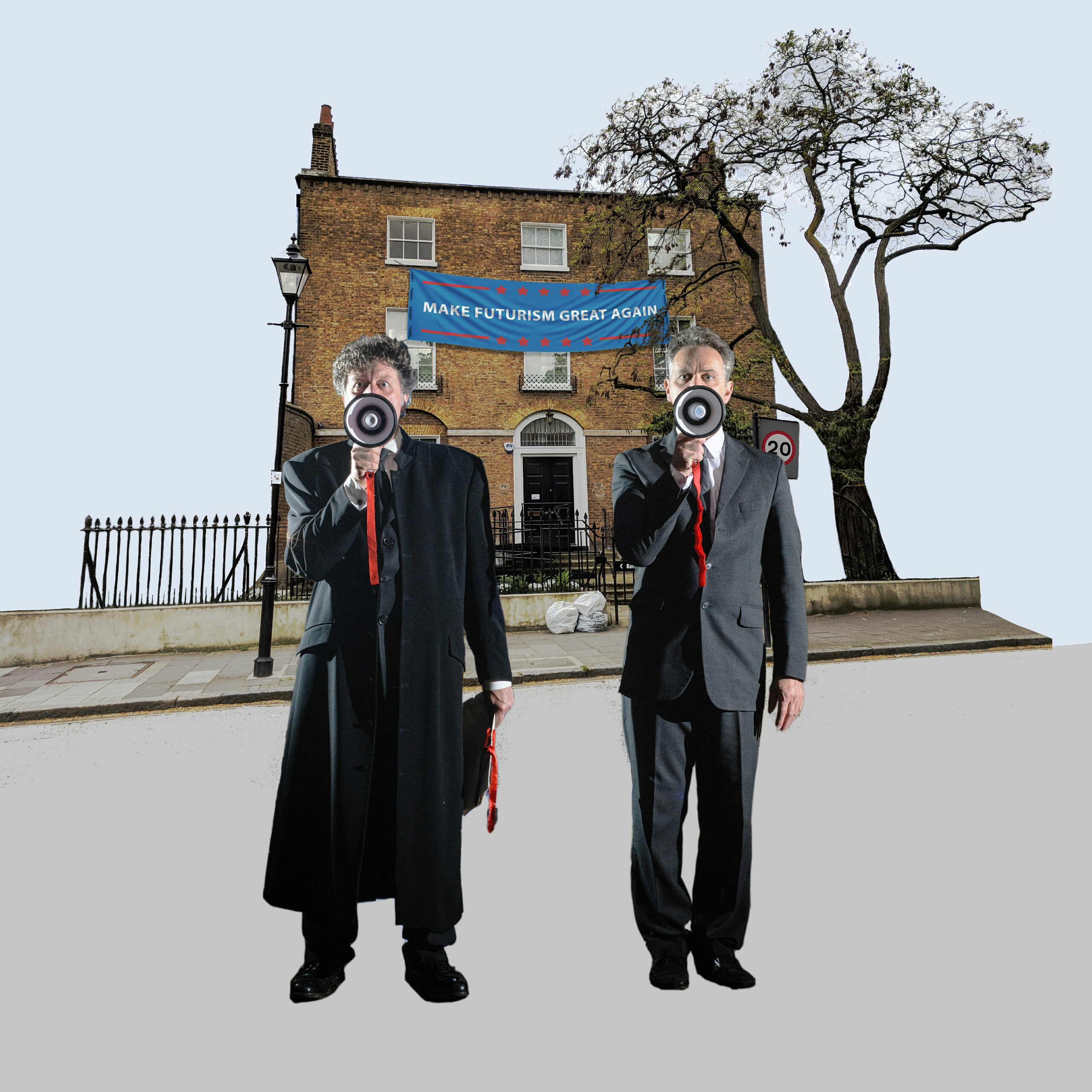 This summer, the Estorick Collection continues its series of interventions by contemporary artists with its most ambitious project to date: Make Futurism Great Again (#MFGA). It presents the full repertoire of the radical Neo Futurist Collective (AKA Joseph Young) which celebrates urban noise in all its visual and aural forms. Inspired by the Milan Futurists and the Art of Noises manifesto (1913), as well the poetics of the Dada movement, this 10-year art experiment culminates – and ends – this year. Make Futurism Great Again runs from 18 July until 21 October 2018.

Using sound art, installation, archive material and performances, Neo Futurist Collective will be occupying the four permanent collection rooms at the Estorick, alongside its world class collection of modern Italian art. Visitors will be able to access illuminating background information and stories about each object on display via the Smartify app – available on smartphones and on tablets available at the museum. Objects will include an antique bottle containing a mysterious violet liquid (‘The Essence of Neo Futurism’), props from performances, manifestos, costumes, documentary photos and sound installations with listening stations.

Neo Futurist Collective asks: “What is the future for Futurism in an age of ecological apocalypse, the continuing fallout of global financial meltdown and the start of a new Cold War that has cyber terrorism and fake news as its main weapons? Can Art Save the World?”

Accompanying the project will be a number of new artistic commissions, exploring the legacy of Italian Futurism in the 21st century through sound and text. Speak Up!, the Collective’s community engagement programme, documents ‘moments of everyday protest’ in partnership with Age UK, The Stewart Low Trust and Claremont Project.

About Neo Futurist Collective
Founded in late 2007 by artist Joseph Young (AKA conceptual politician Giuseppe Marinetti), the Collective is a group of arch-modernists; they are united in the hope of a positive future where technology, art and humanity will unite to overcome pessimism, despondency and futile utopianism in all its spurious forms. Neo Futurist Collective has exhibited and performed across the UK and internationally, in Berlin and at the Seoul Museum of Art. In 2008, in New York City, it documented the collapse of Lehmann Brothers during a performance residency on Wall St, titled
(Re)Awakening of a City, as part of the Conflux Festival. 2013 saw a national tour of The Ballad of Skinny Lattes & Vintage Clothing, a project about artists and gentrification, culminating in a performance at the Estorick Collection. In 2015, it presented A People’s Manifesto at the House of Commons in advance of the 2015 General Election. Neo Futurist Collective is produced by Harry Ross & Helen Scarlett O’Neill of Surrealist Taxi. For more information see: www.neofuturistcollective.com 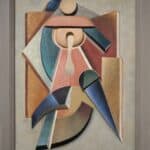 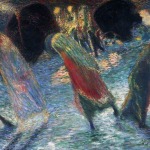 The Estorick Collection of Modern Italian Art, London, is launching its first crowd funding appeal to restore a Futurist masterpiece from the Collectio,Carlo Carrà’s Leaving the Theatre.

Donors can give through a dedicated web page on the site (http://don8.to/ESTC001)

Has Lady Gaga used the music industry as a mere platform for her work as a performance artist?

Estorick Collection launches its first virtual exhibition: Futurism and the Past