Almine Rech Gallery is to present A New Spirit Then, A New Spirit Now, 1981-2018. Curated by Norman Rosenthal, this exhibition reconstructs and reinterprets A New Spirit in Painting, a seminal presentation of 20th-century painting at the Royal Academy of Arts in London co-curated by Rosenthal with Nicholas Serota and Christos Joachimides in 1981. 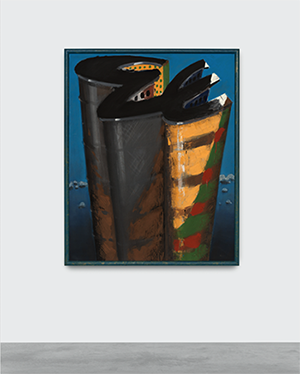 The original exhibition embraced painting’s capacity for representation, playfulness, and experimentation, showcasing several generations of artists who largely operated outside the New York art world’s sphere of influence. With A New Spirit Then, A New Spirit Now, 1981 – 2018, Rosenthal revisits this conversation in a contemporary setting, featuring works by artists included in his original presentation, with the addition of Maria Lassnig.

In the early 1980s, the relevance of painting was in question. Internationally, newer mediums such as photography, video, and installation dominated the art scene. Moreover, the critical establishment — centralized in New York during the postwar years — had endowed painting with a certain sense of orthodoxy that was hard to shake. Works that expressed a personal or political viewpoint through figuration were considered to be retrograde in comparison to the radical abstractions created by the great American painters of the forties and fifties. The establishment asserted that the New York school of Abstract Expressionism was the rightful successor to European art movements such as Cubism and Surrealism, and the progenitor of the distinctly American movements of Pop and Minimalism. Paintings that fell outside this narrow lineage, in content and geography, were largely ignored.

A New Spirit in Painting set out to survey an alternate history of painting in order to assess the current state of the medium, drawing over 150 works from both established and emerging artists. The show presented three distinct generations of painters, the first being artists who rose to international prominence in the 1960s, such as Lucian Freud, Frank Stella, and Cy Twombly. A New Spirit in Painting also featured members of an older generation, including Francis Bacon, Willem de Kooning, and Pablo Picasso, presenting works that challenged standard notions of these artists’ oeuvres. Perhaps most consequently, the exhibition introduced a vibrant set of young German and Italian painters to the international stage, including Francesco Clemente, and Gerhard Richter — all of whom were working in relative obscurity. Transcending generational and national identity, the artists included in the exhibition uniformly imbued their work with emotion, narrative, and personality — qualities that had long been undervalued in the contemporary art scene. In embracing stylistic pluralism and individual eccentricity, A New Spirit in Painting primed the art world’s renewed interest in the medium.

In A New Spirit Then, A New Spirit Now, 1981 – 2018, Rosenthal reassesses this defining moment in his curatorial career with nearly 40 years of hindsight. The original show challenged painting’s status as a ‘conservative’ medium by presenting a self-aware relationship between the artist, painted image, and reality. Rosenthal pushes this investigation even further in his new presentation, questioning the role of personal and collective memory in our conception of this moment. The majority of the artists presented in the exhibition are living and working today. A New Spirit Then, A New Spirit Now, 1981 – 2018, will be staged across two of Almine Rech Gallery’s spaces. In New York the exhibition will feature historical paintings from the 1980’s. This will be followed by a companion presentation in London with works made after 2000 by the same artists. 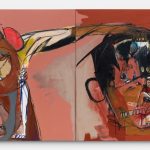 Almine Rech is exhibiting Evidence of Grace by American visual artist Genesis Tramaine. This exhibition is the artist’s first solo presentation in Brussels and the second with the gallery. 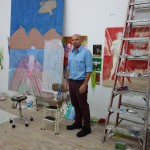 Nicholas Serota in conversation with Peter Doig and a croissant …….. Who could pass up an opportunity to hear such an established artist talking about their work? 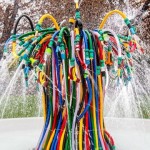