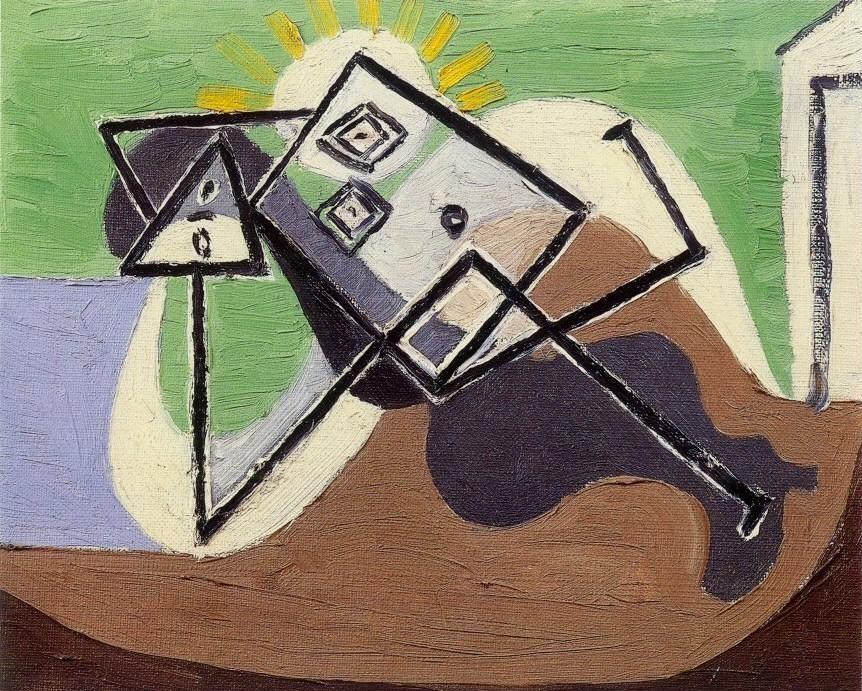 Picasso isn’t strongly associated with setting up ambiguity in his paintings in the same systematic way as Dali is through his ‘paranoiac critical’ method in which elephants become swans etc. However, a couple of motifs from the tremendous ‘1932’ show at Tate Modern show that Picasso was capable of that, along with pretty much everything else, especially when the setting was sexual. ‘The Dream’ is the show’s poster image, but maybe it’s still possible to overlook how Marie-Thérèse’s hands make a vagina while her upper face forms a phallic shape to suggest that her dreams are sexual and perhaps post-coital. The March 1932 series of a woman reclining on a beach is less well-known, but their images seem to hold several forms at once. An upper, angular drawing in paint makes a geometric woman ia a fairly conventional pose. The dark shape beneath could be shadow of that form. Yet we also seem to be looking up from under a woman with feet planted wide, if the ends are read as boots. There again, those undulations could show her swimming through the water, which we see from the side.  Does that amount to sun-bathing, swimming, then walking down to the sea for a swim?  Then there’s the eye/sun pun. Of course, that’s a mere bagatelle in a show which demonstrates that one year of Picasso’s output can fill the Tate’s unforgiving large space more convincingly than other artists’ full careers – and I suspect that other years might have done just as well as 1932. 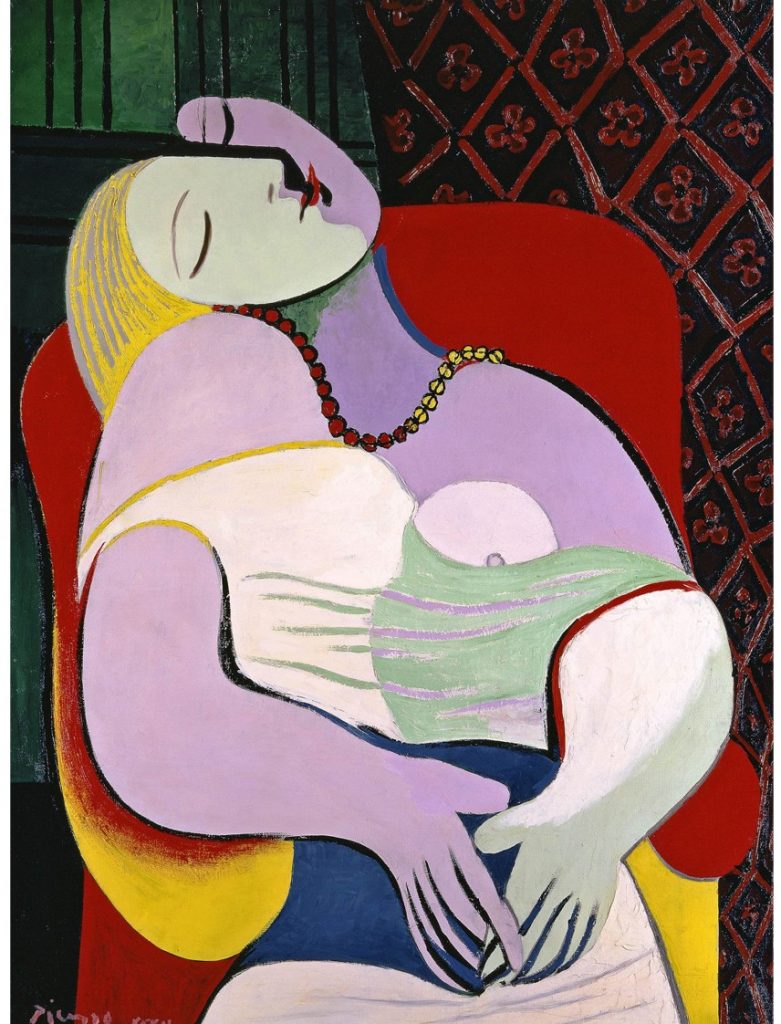 Art writer and curator Paul Carey-Kent sees a lot of shows: we asked him to jot down whatever came into his head – formerly ‘on the train’ but, now that he’s retired from the day job, wherever he likes!