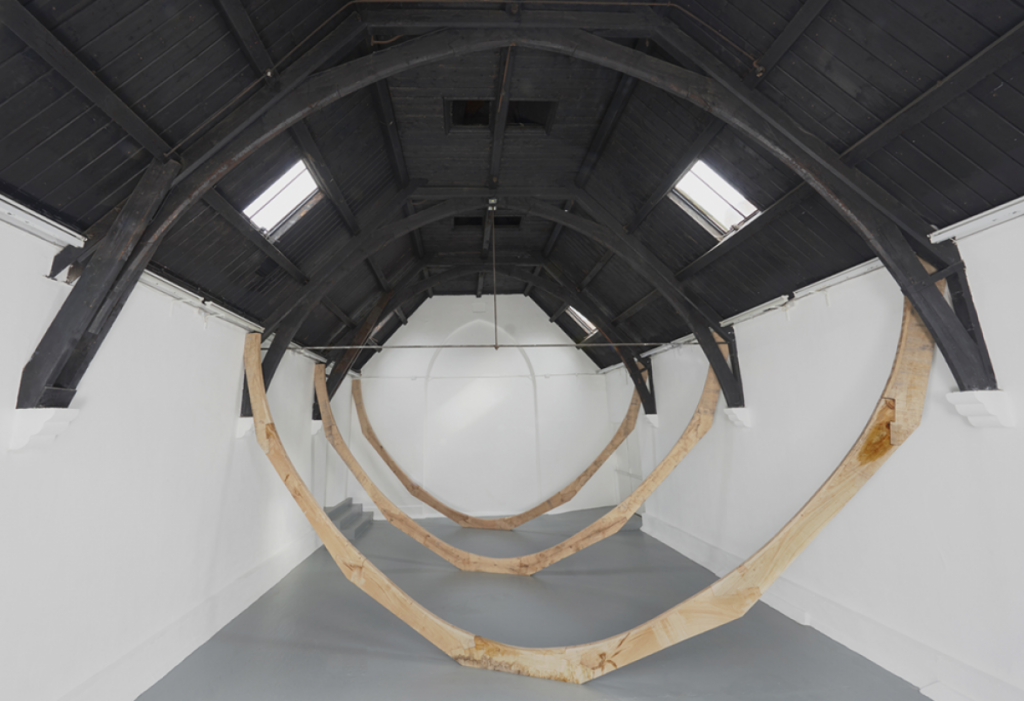 There is what amounts to a tradition of single work installations which radically transform the architecture of the gallery. Take Richard Wilson relocating Matt’s Gallery’s main window as a sculpture (‘She Came in Through the Bathroom Window’, 1989),  Urs Fischer reducing Gavin Brown’s Enterprise to a hole in the ground (‘You’, 2007) or Bethan Huws raising the Whitechapel Gallery’s floor (‘Capelgwyn’, 2011). All call attention not to the removable, saleable, work of art but to the effect of the intervention on its context, and how visitors’  interactions with the space are affected.  Such shows are pure, simple, and potentially a bit thin – having only one work – but can resonate long term.  Alexandra Bircken has found a new twist: implying that the gallery’s architecture has capsized. Her intervention (to 13 May) re-imagines the vaulted ceiling of Studio Voltaire as a cavernous, upturned ship’s hull. She has commissioned boat builders to make three bowed beams carved from a single oak tree to echo the arches of the ceiling. As the title Mammal suggests, it is also seems as if we have been eaten, and find ourselves within the ribcage of a giant carnivore – consistent with Bircken’s usual interest in the body, often sliced. As shows go it is austere – though with a nice line in joints – but it could well prove an intervention to remember. 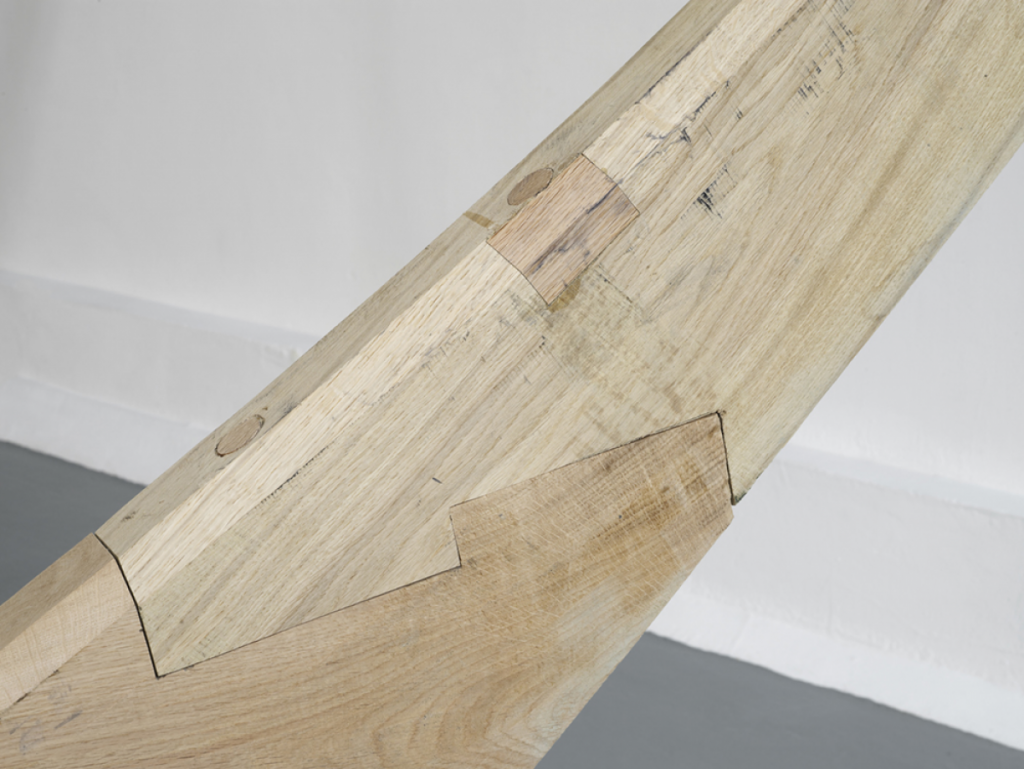