REFLEX II: The Brain Closer Than The Eye - FAD Magazine
Skip to content

Bartha Contemporary is to present the most interesting sounding exhibition of 2018 so far REFLEX II: The Brain Closer Than The Eye. With works by Jill Baroff, Susan Morris and Beat Zoderer. The group exhibition will showcase works made as a result of self-prescribed processes that rely on elements of chance and rigorous repetition. 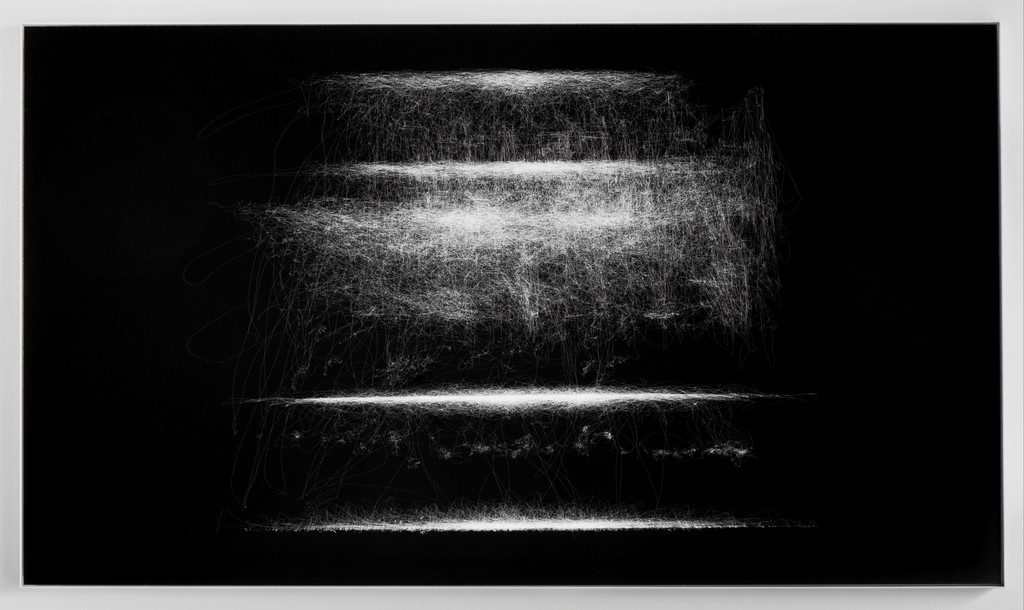 The title, originally derived from an exhibition by Gary Hill (1994 Museum für Gegenwartskunst, Basel), inspired an exhibition at Bartha Contemporary in 2004 with works by Herbert Hamak, Winston Roeth and Rémy Zaugg. The 2004 show raised questions about how a painting is perceived. This exhibition, which focuses on drawing, will consider the notion of reflex as automaticity through repetitive movement. 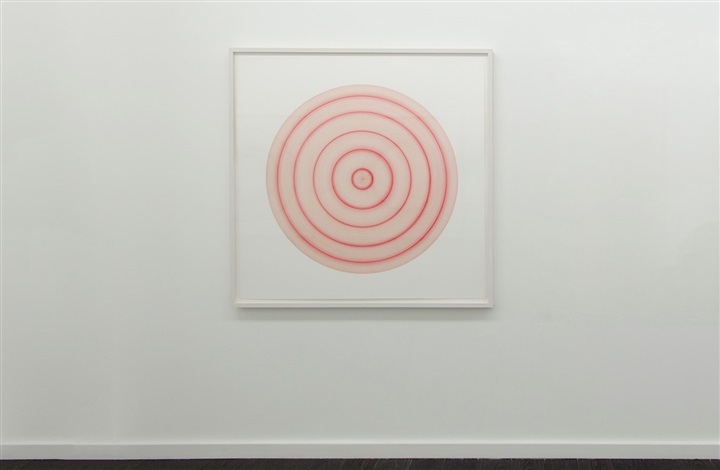 Jill Baroff’s (b. 1954, USA) large Tide drawings are patterns of place: mappings of time and geography. This body of work employs a self-structuring methodology, here depicted as concentric layers of circles drawn by hand using adapted radiographs and drafting compasses. Their visual appearance is solely determined by the process by which they are made. Conceived from large data sets, in the form of numerical information that the artist sources on the internet.

Equally, the use of modern technology to document movement and record time come together in Susan Morris’s (b. 1962, UK) recent Motion Capture Drawings. By making use of digital tracking devices worn on the body, the artist creates a record of seemingly repetitive gestures to produce images that reveal the very processes that determine their appearance. By plotting the digital data captured in three-dimensional space as a two-dimensional image, each movement displays as a single gesture in a web of information.

Similarly, fold-lines that make up the structural foundation of Beat Zoderer’s (b. 1955, CH) recent ‘Fold & Dip’ drawings, employ chance as a compositional tool. Dipping sections of irregularly folded pieces of tracing paper into the paint and then unfolding the sheet to its original rectangular shape, Beat Zoderer reveals images that are at their inception coincidental. Their inherent geometric appearance is a consequence of the predetermined system that underlies the process of creating these works. The spontaneous process of making these drawings aims to find order in chaos.