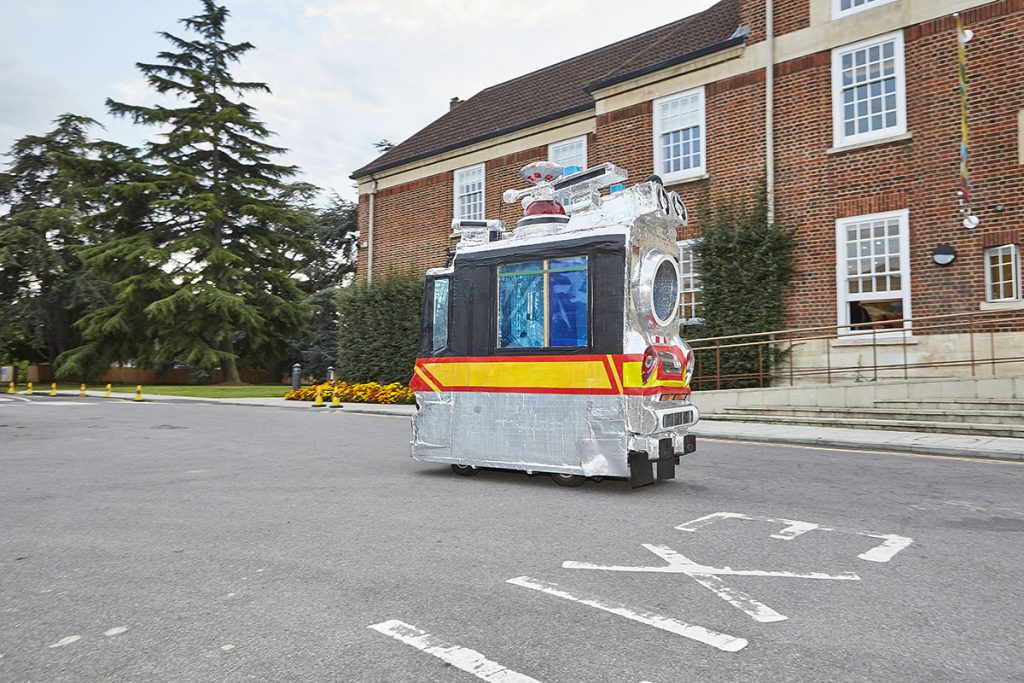 Mr X’s vehicle in front of the gallery

To Beckenham, in London’s near-Kentish outskirts, to visit the Bethlem Gallery. It’s in a sparkling newly-adapted art deco building, along with the Bethlem Museum of the Mind, on the psychiatric hospital’s 270 acre site (it was founded in the City in 1247, and the Imperial War Museum now occupies its 1816-1930 incarnation). The gallery shows, primarily, work by artists who have had contact with its services: Richard Dadd (1817-86) is historically the most famous artist of those. That, as Director Beth Elliott explains, is a different matter from ‘outsider art’ or art therapy. Rather, the gallery and associated studios are a non-pathological resource for residents and the visiting public. Among those featured in the exhibition I saw – ‘It’s How Well You Bounce’, on the theme of resilience – were Matthew, who has an alluring scavenging and abstract painting practice and also gave me a highly informative tour of the grounds; Mr X, who drove up in one of several mobility vehicles which he has customised to spectacular and distinctive effect; and ‘The vacuum cleaner’, whose compelling performative text ‘Comfort the Disturbed and Disturb the Comfortable’ asks angry questions following Trump’s election. Other artists include the widely shown Sara Haq and Liz Atkin. All five would be interesting in any gallery, so Bethlem makes a worthwhile visit on historical, landscape, medical and artistic grounds. Next up is the Bethlem Art Fair, which runs 25 Nov – 22 Dec. 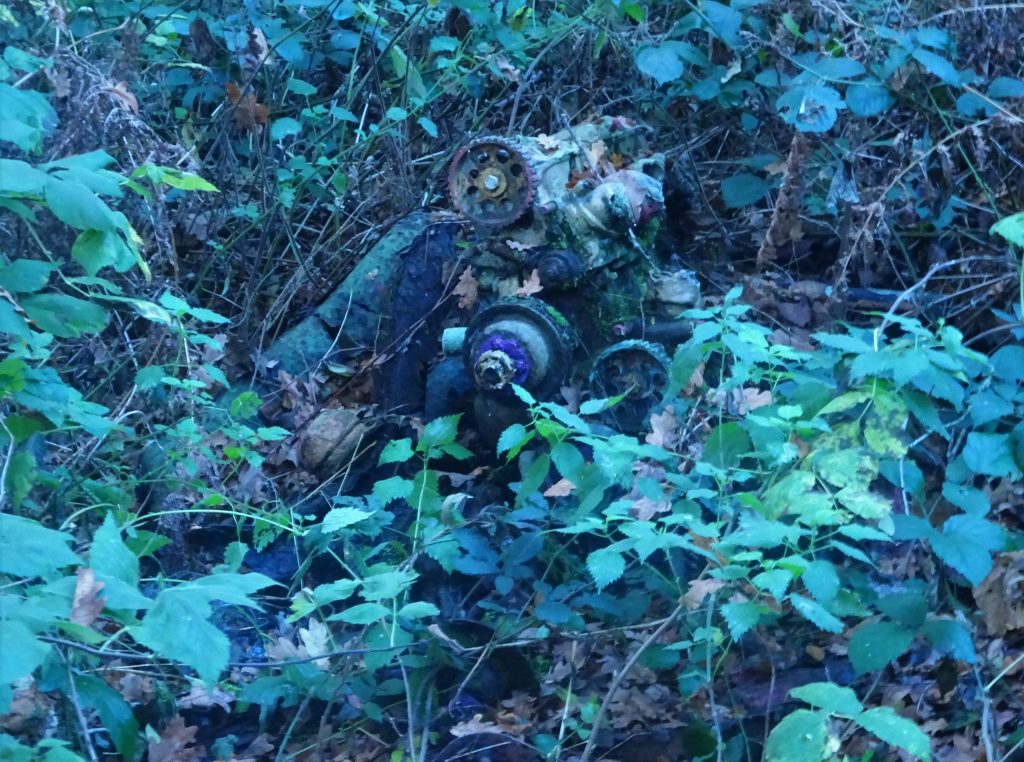 Painted engine by Matthew in the grounds