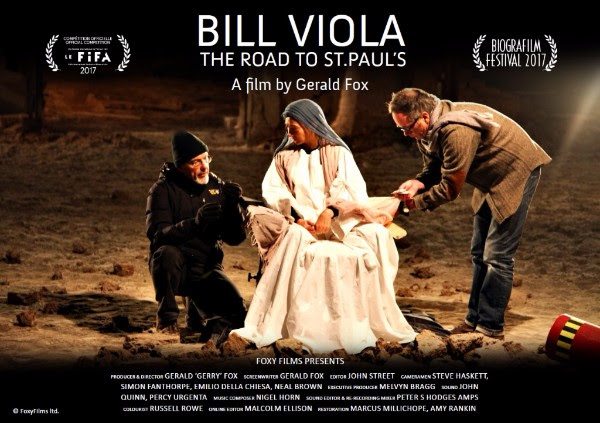 BILL VIOLA: THE ROAD TO ST PAUL’S is a powerful, moving portrait of the world’s most influential video artist and his wife and close collaborator, Kira Perov. It is an up-close documentation of their 12-year odyssey to create two permanent video installations for St Paul’s Cathedral, London; Martyrs (2014) and its companion piece, Mary (2016). This film follows Viola’s remarkable story of producing, filming and realising the first art commission of its kind to ever be installed in Britain’s most famous religious space.

The film premieres at Picturehouse Central on 8 November – following the screening, director Gerry Fox will be in discussion with Sandy Nairne CBE, former Director of the National Portrait Gallery and current Chair of the Fabric Advisory Committee at St Paul’s Cathedral.

Further details can be found HERE