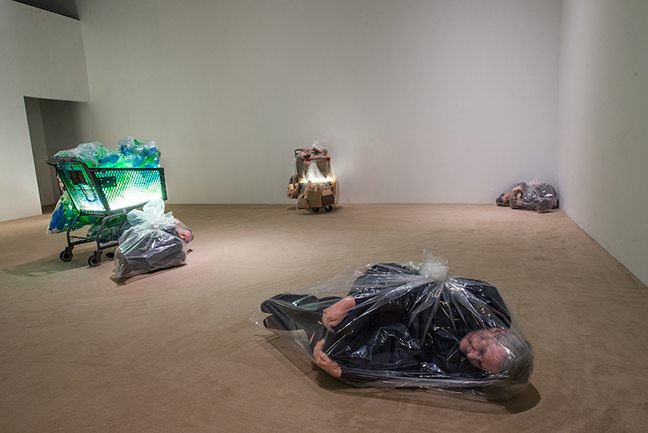 Modern Art are opening a second gallery which will be on Vyner Street E2. This venue will operate a concurrent exhibition programme, alongside that of the existing gallery on Helmet Row EC1. The new 6000 sq. ft. premises provides a further two gallery spaces, with the capacity to schedule multiple exhibitions at one time between venues.
Opening 3rd October, the new gallery will be inaugurated by Civil War, a major new body of work by the American artist Josh Kline. Civil War builds upon Kline’s project Unemployment, made and exhibited over the last two years, which looks at the potential human consequences of automation, artificial intelligence, and mass-unemployment in the decades ahead. Civil War explores the socio-political implications of these transformations in the context of the United States.
At Helmet Row, a solo show of paintings by the Austrian artist Martha Jungwirth, opens 2nd October. Although having worked as an artist for the past five decades and occupying an important place in Austrian art history, Jungwirth has only recently come to wider international attention. This will be her first solo show in the UK.