Would you like to be part of something fun, arty, in London later in September and October? The Binary Graffiti Club is looking for volunteers to take part in an experimental art project. The BGC, formed of a group of young members aims to explore themes of control and identity in the city in response to a sense of disillusionment and lack of trust as well as a general apathy within youth culture. We are seeking to collaborate and invite individuals and groups to take part in a series of workshops and activities that will ask the participants to be active and engaging in both their own environment and local community. 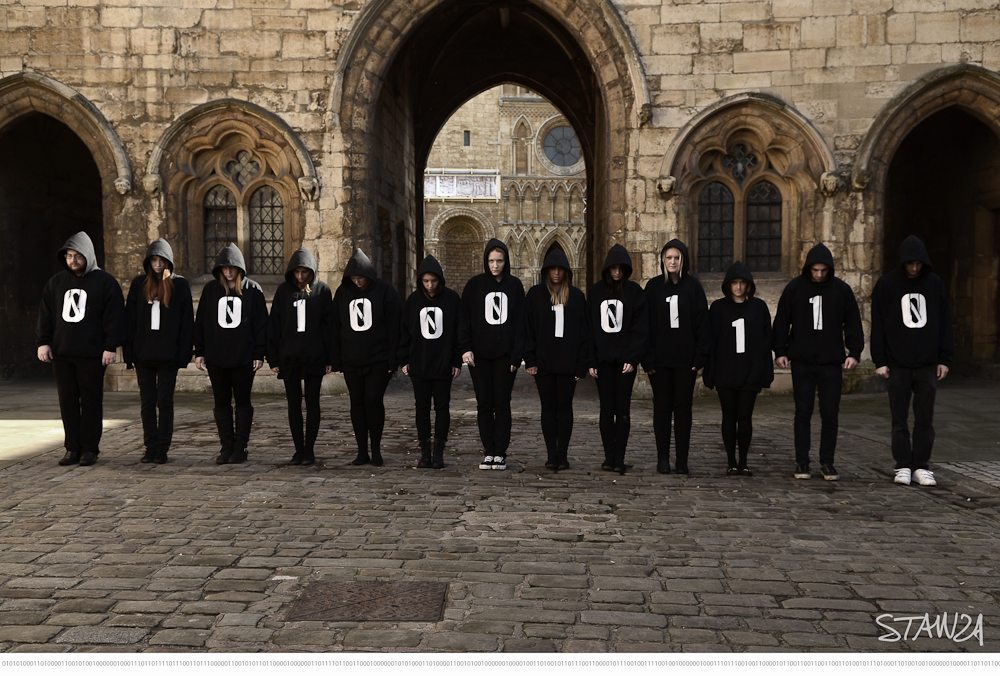 BGC are looking for volunteers to take part in a series of upcoming events. The activities include:

1. Taking part in a workshop making the BGC Graffiti statements. We want to works with students, youth groups, teams, office workers.Each workshop will be 1.5 hours long. The aim is to think about and engage in a discussion about politics. The objective is to come up with the statements which will be used for the book and the best will be made into graffiti stencils to be used in the streets and gallery exhibition.

2. Making graffiti in the streets using the newly made stencils whilst incorporating the manifesto and the BGC objectives.No experience needed just a willingness to turn up and do it. You will be shown what to do given stencils and paint and a hoodie. Small teams of six people will go out to make graffiti around Hackney and the arebyte gallery in London.

3. Exploring the local area and creating a series of public interventions which will be documented and used as part of a contemporary art exhibition. Up to 25 people needed to come in a large group and wander around having their photos taken for a series of artworks to be made and exhibited. No experience needed just a willingness to turn up and have some fun.

4. Taking part in a choir singing in binary code. Can you sing? Would you like to be part of something fun, arty, musical in London which will be made into to a short film? The Binary Graffiti Club are looking for volunteers to take part in experimental vocal workshops led by artist Stanza and musician Richard Frostick. We are looking for 30 people for three dates. ie three sessions of three hours. Two session for rehearsal and one to film it. The musical score will be composed of a series of binary codes extracted from a newly published book made from public contributions. All you have to do is turn up and sing, and take some instruction. The aim is to have fun creating music and make a piece of art (a film) which will be exhibited later in the year.


Requirements. Participants must be over 16 and under 40.
Participant will be asked to wear a binary hoody which will be provided.
Please come in black legging / black trousers and black shoes.

No Payment. Volunteers only.Venue. Arebyte Gallery Hackney.
Times. TBC in development ( September October)
Let the BGC know if you are interested so we can add you to our list.
Please send us your Full Name. Age. Telephone number.
Email. The Binary Graffiti Club EMAIL. info@thebinarygraffiticlub.com
www.thebinarygraffiticlub.com