Sculptural Weight in the City - FAD Magazine
Skip to content 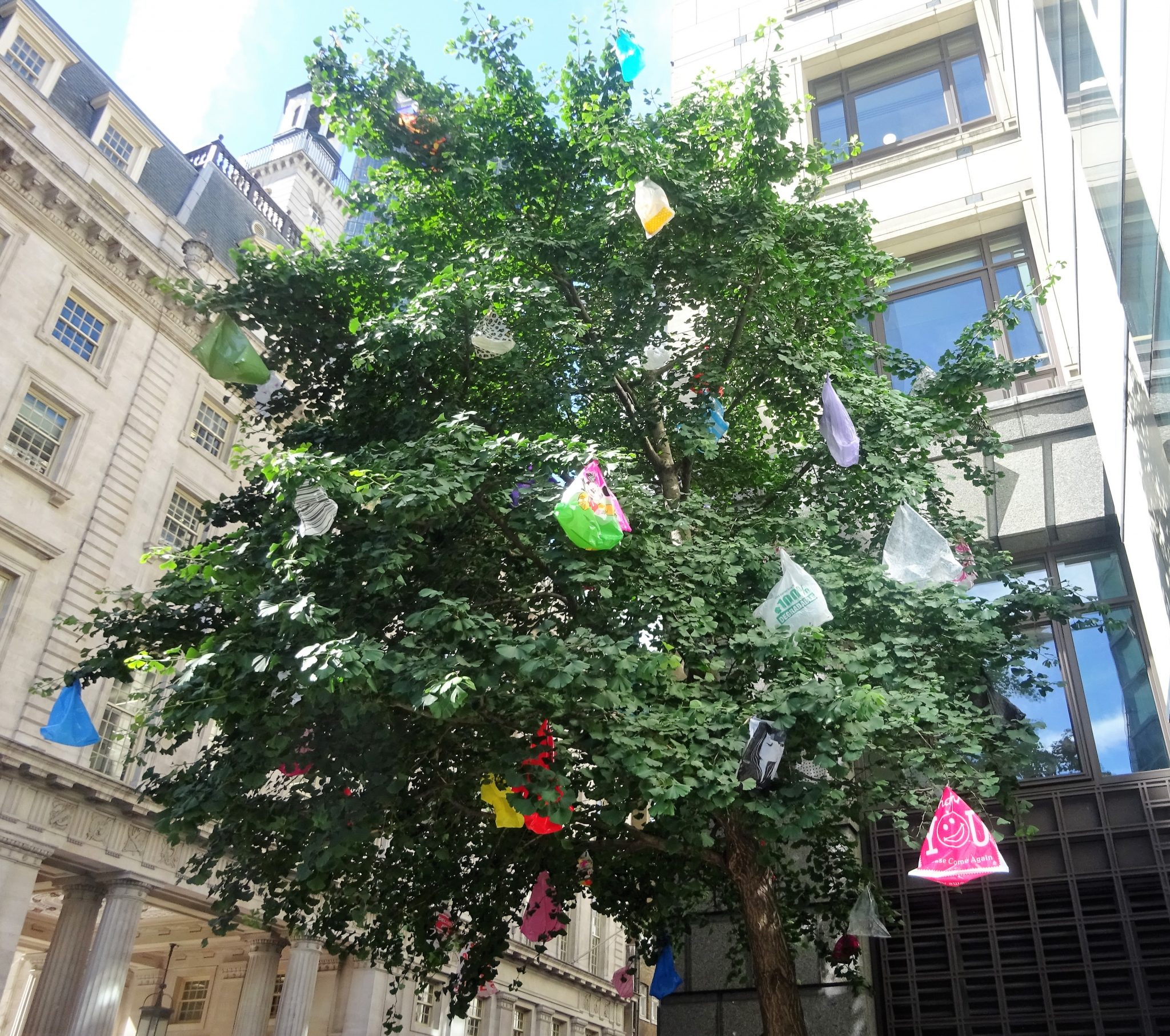 The seventh version of the annual ‘Sculpture in the City’ places 18 artists’ work in the stimulating context of the square mile. This year, for example, sculptures by Karen Tang and Nathaniel Rackowe, both exhibited previously in London, gains fresh impact: Tang suggests that the sci-fi energies of her ‘Synapsid’ echo the hidden activity in the surrounding offices, and enjoys how their workers spill out to eat their sandwiches while sitting on it; Rackowe delights in the contrast between the ‘anti-architecture’ of his upturned shed structure ‘Black Shed Expanded’ with the surrounding big statement buildings. Another diversion in the stroll around is to consider the different sculptural weights involved. On the heavy end, I was surprised to find that Peter Randall Page’s ‘Envelope of Pulsation’ is at 6.5 tons, twice as heavy as Damien Hirst’s colossal painted bronze ‘Temple’, which at 21 feet high is the most spectacular work, and well sited. Seven tons, according to co-director Stella Ioannou, is the limit after which even the strongest pavement locations are too likely to collapse. At the other end of the scale, Martin Creed’s materials are mere plastic bags, but the way he places them on a tree has considerable impact. And Mhairi Vari uses TV aerials and poly-tunnel repair tape to attach delicate lung-come-clouds to several buildings. 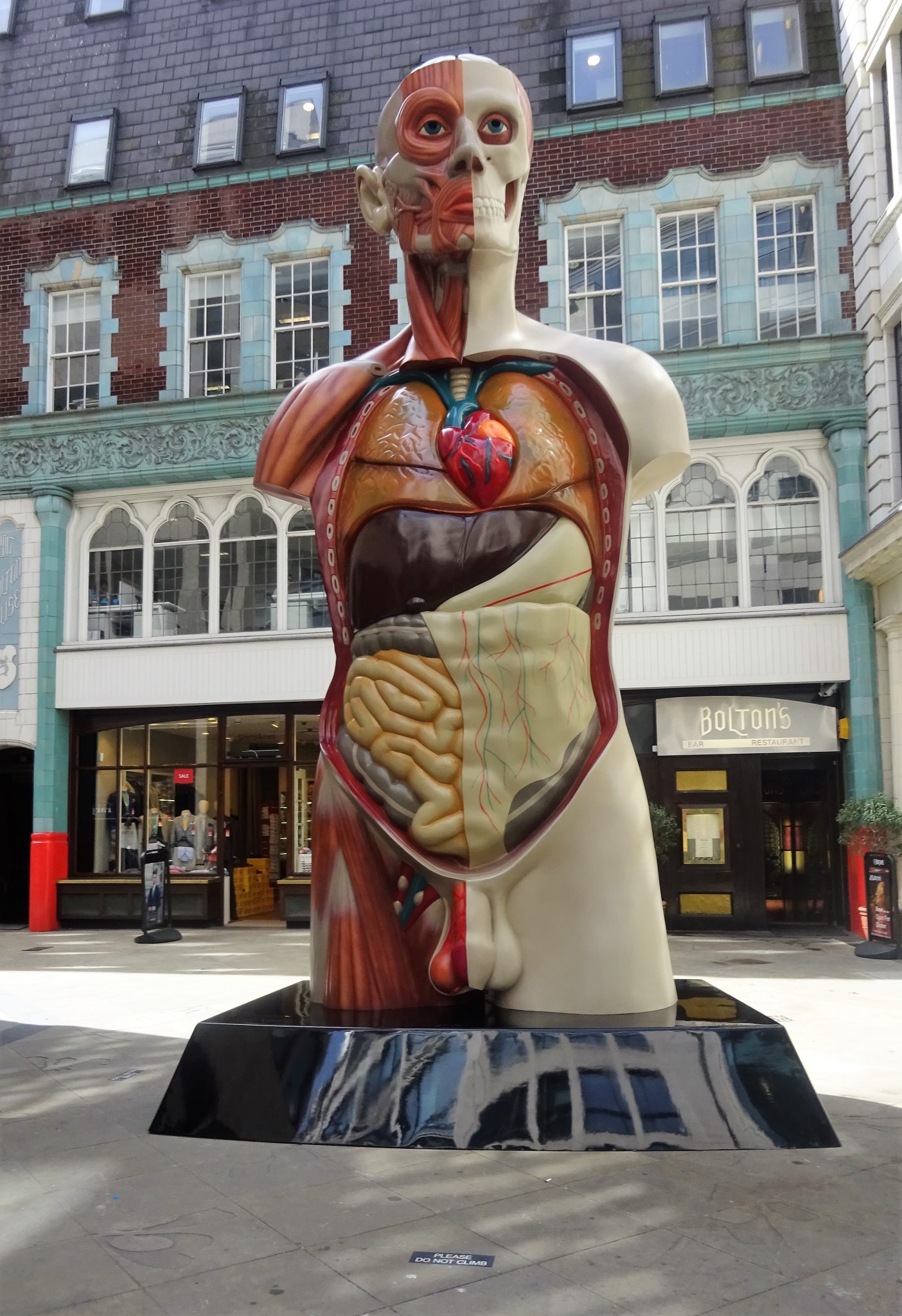