‘ The One with LeWitt ’: Paul’s ART STUFF ON A TRAIN 214 - FAD Magazine
Skip to content 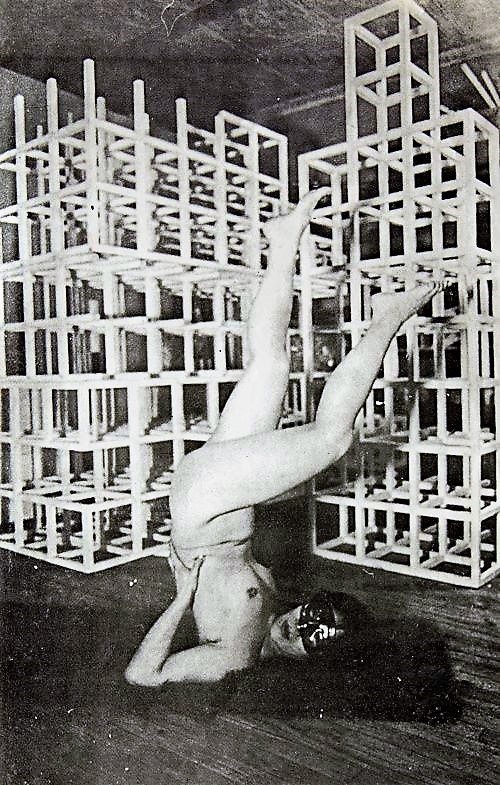 This striking lifesized image seems to show a woman, naked except for a mask, taking the piss out of a typical Sol LeWitt. Indeed so: Kazuko Miyamoto was LeWitt’s longtime assistant, and this is her breaking off from fabricating a test piece for him in her own studio. ‘Stunt (181 Chrystie Street, 1981)’ is a unique composite of 44 photocopies, made at a time when that was to push the medium to its limit as well as mimicking the kind of structure typical of her employer’s work. Having seen that, ‘Male I, 1974’ makes a lot of sense: would-be-platonic form meets the use of thread to define space à la Sandback, but the outcome – as the title mockingly implies – is a hairily masculine take on how, in Miyamito’s words, ‘being Japanese you are minimalist anyway’. White Rainbow shows her with Lydia Okumura, another artist of Japanese origin who had a winning way with the use of thread. They worked together in 1970’s New York, where Miyamito was a member of the all-woman gallery A.I.R. for many years. The jocularity, incidentally, was born out of mutual respect: no-one owns more of Miyamoto’s works than LeWitt’s estate. And, with sleek serendipity, you can see a comparable LeWitt from 1972, quite possibly one made by Miyamoto, in one of the opening presentations at Thaddaeus Ropac’s hugely impressive new mega-gallery (though Oliver Beer’s 2D sculptures and voices playing the architecture are the main reasons to visit 37 Dover Street). 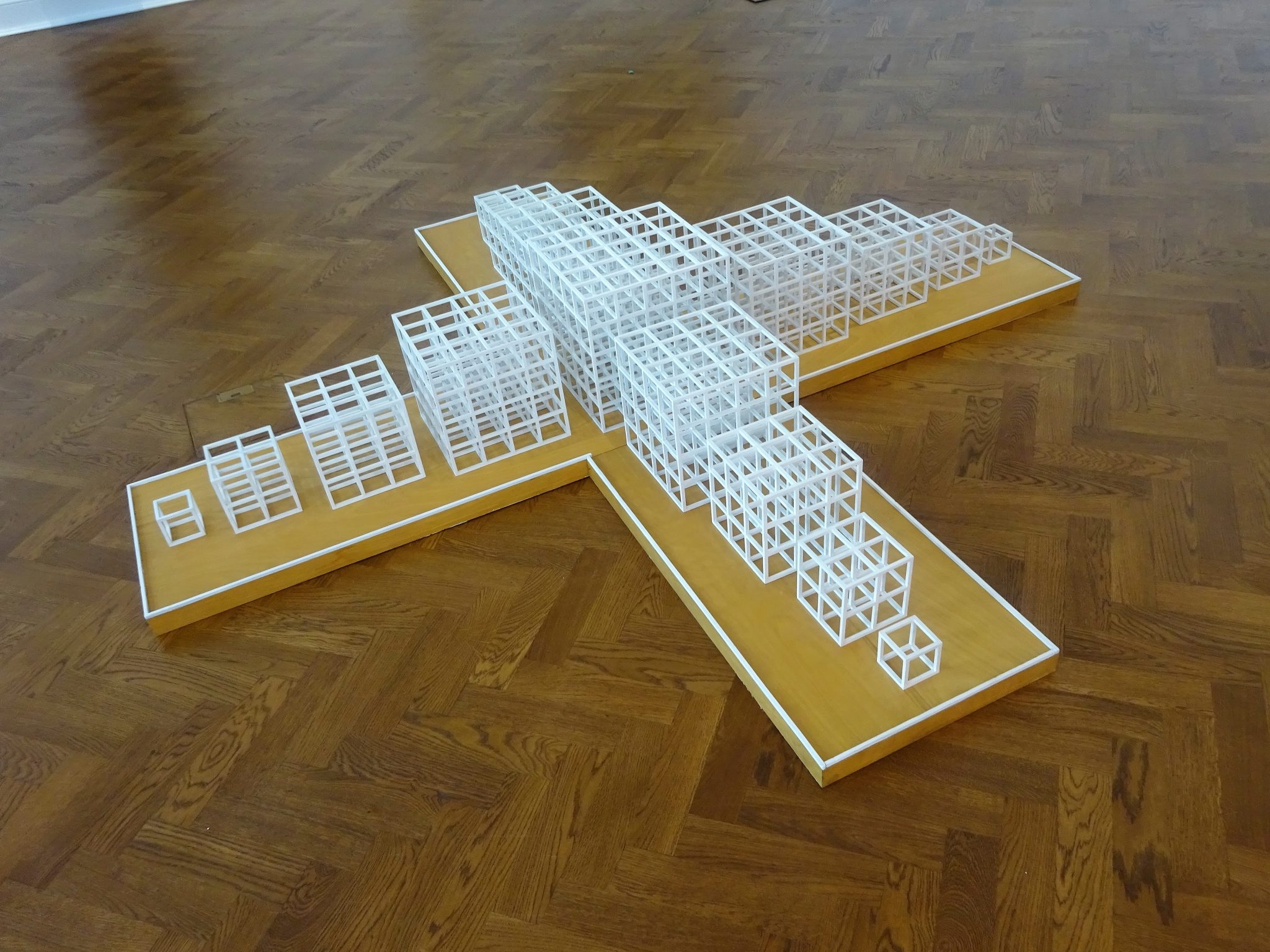