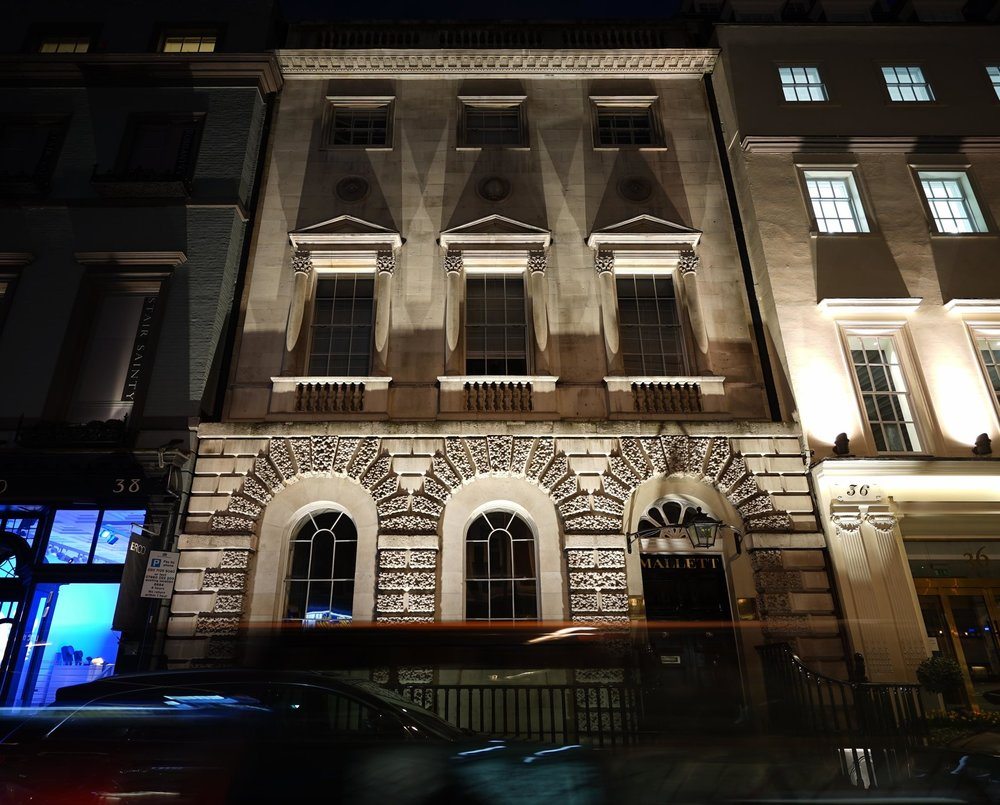 Galerie Thaddaeus Ropac London will open to the public on Friday 28 April 2017. The new London gallery is located at Ely House in Mayfair, a historical five floor 18th century mansion being sensitively restored by New York-based architect Annabelle Selldorf. The gallery will be inaugurated with a series of four separate exhibitions in the ground and first floor galleries:

The opening programme reflects Galerie Thaddaeus Ropac’s ambition for the London gallery to serve as a platform for the presentation of carefully curated exhibitions featuring historical works and exhibitions by both established and emerging artists. 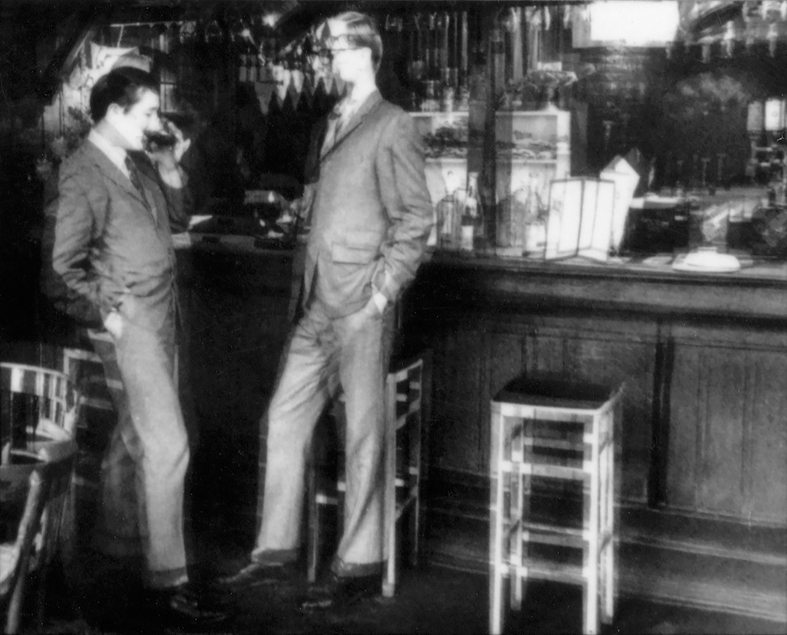 This exhibition set in the ground floor Ely Gallery brings together a group of ‘Drinking Pieces’ and ‘Video Sculpture’ dating from the early 1970s. After selling their first artwork in 1970, Gilbert & George celebrated by getting drunk together and recording their experiences in a series of black and white pictures depicting them in various states or inebriation.
Titles such as Swaying, Toy Wine, Smashed and Falling described their drunken moods and show the artists’ blurred forms with skewed perspectives. Installed on the walls in scattered patterns, the ‘Drinking Pieces’ demonstrate the artists’ intention as ‘living sculptures’ for life to make art, and art to make life. The three video sculptures: A Portrait of the Artists as Young Men, Gordon’s Makes Us Drunk, and In the Bush, were produced in 1972 with the legendary Videogalerie Gerry Schum, Cologne. Using portable video-tape equipment, the new technology of the time, Gilbert & George are filmed as Living Sculptures dressed in their formal suits, engaged in activities such as smoking, drinking, walking and talking. Set against music by Grieg and Elgar, sounds of birdsong and thunder, the artists were able to extend their living sculptures beyond a particular time and place and in so doing reach broader audiences, an approach that is central to their credo of Art For All. 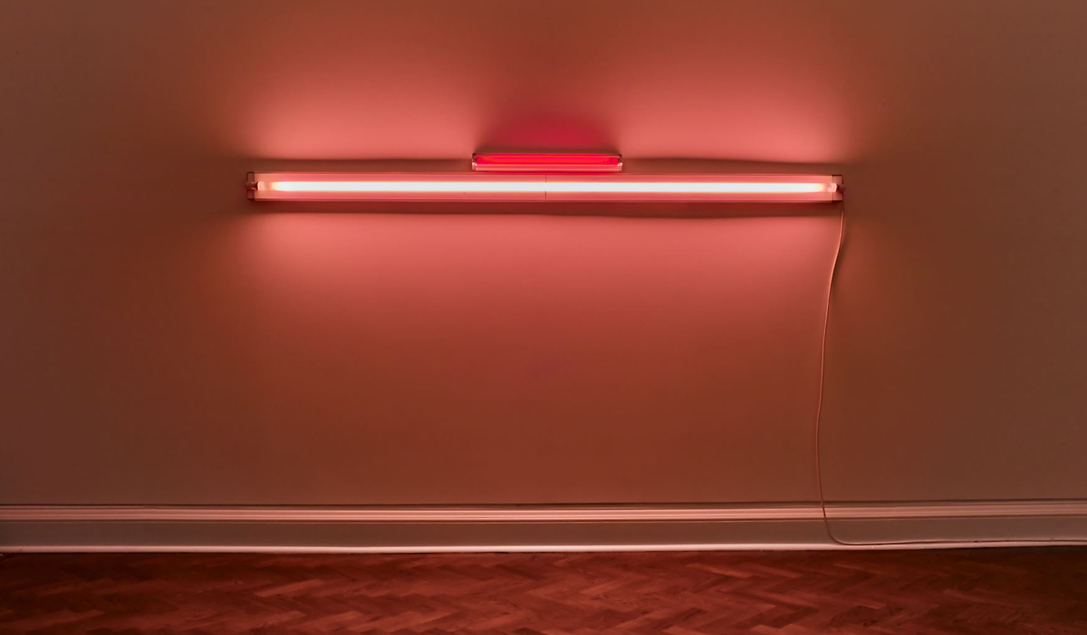 Featuring major works by Carl Andre, Dan Flavin, Donald Judd, Sol LeWitt, Lee Lozano, Robert Ryman, Fred Sandback, Richard Serra and Richard Tuttle.
The first floor Library Gallery will showcase a selection of sculpture and painting from the Marzona Collection, which has recently been acquired by Galerie Thaddaeus Ropac. The exhibition will feature works by the American masters of the Conceptual and Minimal movements, including one of the first Richard Serra lead floor sculptures from 1968, one of Donald Judd’s earliest Cor-ten steel stacks and key works by Carl Andre, Dan Flavin, Sol LeWitt, Lee Lozano, Robert Ryman, Fred Sandback and Richard Tuttle.
Egidio Marzona, born in 1944 in Bielefeld, Germany, has built one of the most significant collections of Arte Povera, Conceptual, Minimal and Land Art of its kind. Marzona began collecting art in the mid-1960s against a backdrop of vigorous political protests. He engaged deeply with the theories and manifestos of the early conceptual and minimal artists whilst collecting their work broadly and deeply. The Marzona Collection was first shown in a museum context in Vienna at the Moderner Kunst Stiftung Ludwig in 1995, then during the 2001 Venice Biennale in Villa Manin (concurrently in the Kunsthalle Bielefeld) and most recently at the Hamburger Bahnhof – Museum für Gegenwart in Berlin. 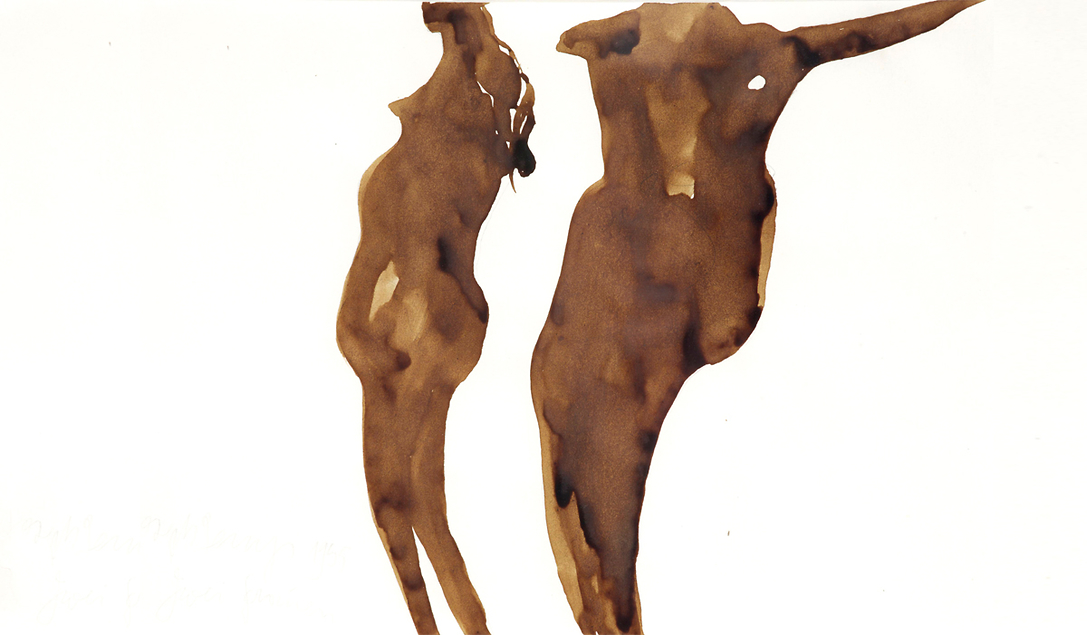 Located in the Chapel Gallery on the first floor of Ely House, this exhibition brings together a series of early drawings alongside an important sculpture by German artist Joseph Beuys, highlighting Thaddaeus Ropac’s long-standing relationship to the artist’s oeuvre. The exhibition will focus on his early works on paper in relation to his sculptural practice.
For his drawings in the 1950s Beuys used pencil or watercolour to reveal delicately rendered allegoric figures that express the union of humanity with nature. He also employed unorthodox materials such as fat, beeswax, chalk and margarine. In the 1960s he made a series of drawings with Braunkreuz, which translates from German as ‘brown cross’, a medium that the artist invented by mixing industrial paint and hare’s blood. For Beuys, Braunkreuz symbolises earth as a protective medium. The artist’s use of organic substances gives a material feel to the drawings, which directly links them to his sculptural modes of expression.
The sculpture Backrest of a fine-limbed person (hare-type) of the 20th Century AD, 1972-1982, will converse with the surrounding drawings. The figure cast in iron is based on a therapeutic backrest, originally used to support an injured body. Through this reference, Beuys addresses individual and universal suffering, as well as the role of art as a means of healing. 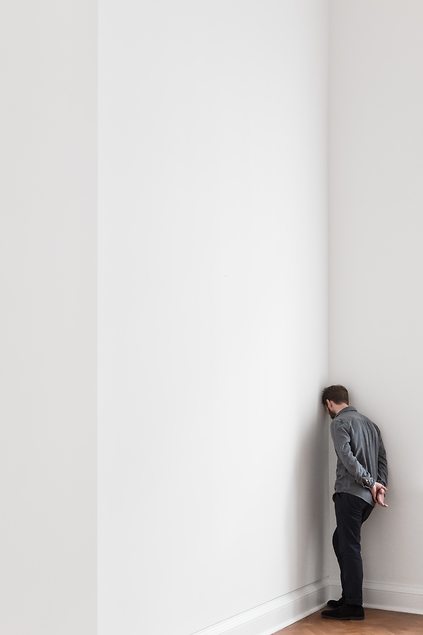 This exhibition will present new works developed by the British artist Oliver Beer (b.1985) whilst in residence at Ely House during a six-month period leading up to the opening of the gallery. Beer, who trained in musical composition, fine arts and film theory utilises his sensitivity to sound as a physical phenomenon to underpin his practice in sculpture, film and performance.
A new addition to his Resonance Project will greet visitors to the gallery on the ground floor. For this series the artist works with classically trained singers, teaching them to sing the right notes at the right pitch in order to activate a given space’s own resonant notes. Strategically placing the singers amongst the vaults and columns of Ely House, Beer will instruct them to pick up on the natural frequencies of the space itself, making the architecture resound in much the same way as a wine glass resounds at the tip of a finger. Beer’s new composition will reveal the infamous ‘Diabolus in Musica’, a combination of notes that was believed by the Catholic Church to be the musical incarnation of the devil. It was therefore banned from being played in certain settings until composers such as Wagner started breaking the rules of harmony.
A new series of works inhabiting the boundary between painting, drawing and sculpture, referred to by the artist as ‘two dimensional sculpture’, will be installed in the Berkeley Gallery. In these works, Beer slices through objects such as musical instruments with surgical precision and immerses them in gessoed plaques. By revealing only the cut surfaces of the severed objects, they lose their volume and become two-dimensional versions of themselves.