“If I’d gone ahead and died ten years ago, I’d probably be a cult figure today.” 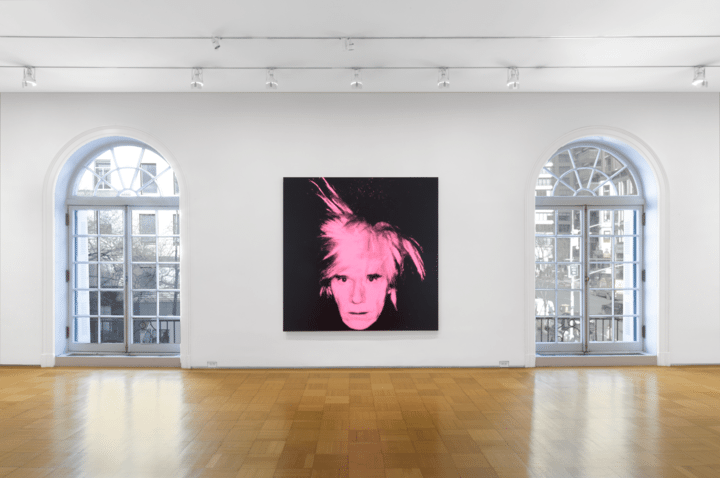 You can still catch Andy Warhol: Self Portraits (Fright Wigs), an exhibition of five, monumental works from the artist’s final self-portrait series at Skarstedt’s Upper East Side gallery open until April 22nd, 2017. Completed in 1986, less than a year before Warhol’s untimely death, these haunting self-portraits have been championed as some of Warhol’s most iconic paintings.

The self-portraits were commissioned by Anthony d’Offay and unveiled in July 1986 at d’Offay’s London gallery, the show represented the first and only exhibition in Warhol’s career dedicated entirely to the theme of self-portraiture. Overwhelming in scale, the artist’s ghostly portrait emerges from a seemingly infinite black void. The artist’s decision to wear a black turtleneck allows for his neck, shoulders and torso to disappear, focusing the attention on his sunken features. His skull-like face, gaunt and boney, wears an impenetrable, piercing stare that is juxtaposed by the electricity of his wig, which swings to the top of the canvas in a strong, vertical movement. Reminiscent of a Byzantine icon, Warhol’s frontal portrait floats among a flat, ambiguous surface; time and space dissolve and viewers are left only with a memento mori, or a precursor to his impending death. 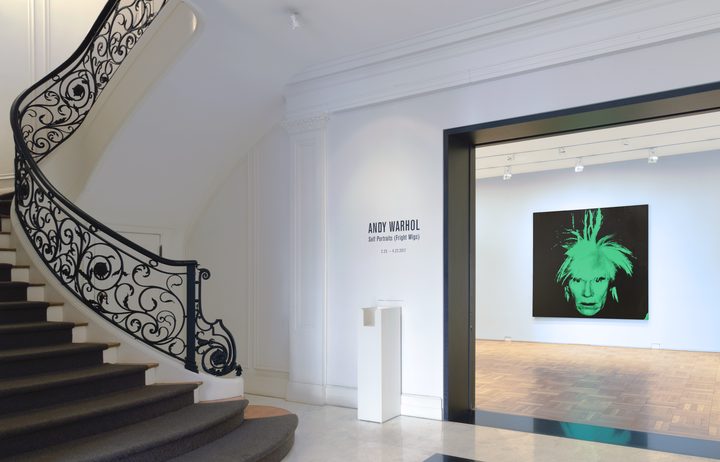 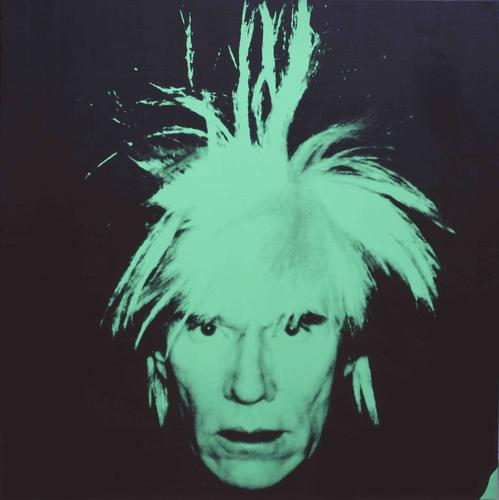