Wendy Vogel is the curator for the second iteration of VOLTA NY’s Curated Section. Vogel’s project is a major feature of VOLTA NY’s decade edition, opening at PIER 90 from March 1-5, 2017.

“I’m excited to work with VOLTA on the curated section of their tenth anniversary fair in New York,” says Vogel. “As a writer and independent curator, I know that art fairs are an essential aspect of the art ecosystem. They attract a broad but self-selecting audience, from sophisticated connoisseurs to the newly art-curious. What is often lacking, however, is a sense of context for the dazzling work on display. VOLTA has carved out a niche as a fair that is interested in experimental practices and depth. They upped the ante last year by selecting the artist Derrick Adams as the frst organizer of the curated section. Adams’s Something I Can Feel resonated with me in its global purview and its centralizing of the body.”

Wendy Vogel Watch below to listen to Vogel as she takes us through the curated section at VOLTA NY.

Wendy Vogel is a writer and curator based in Brooklyn, New York. She received her Master’s degree from Bard’s Center for Curatorial Studies. A former editor at Flash Art International, Modern Painters and Art in America, she has also contributed to Artforum.com, art-agenda, Art Lies, Brooklyn Rail, frieze, and The New York Times, among other publications. Vogel’s research interests include legacies of feminist and identity-based practice, as well as the performative and ethical questions around contemporary art production and criticism. She worked closely with Peter Halley, the former publisher of index magazine, to edit a history of the downtown alternative-arts publication. index A to Z: art, design, fashion, flm and music in the indie era was published by Rizzoli in April 2014. Vogel has organized or co-organized curatorial projects at venues including the Hessel Museum at the Center for Curatorial Studies, Bard College, Annandale-on-Hudson, NY; Künstlerhaus Schloss Balmoral, Bad Ems, Germany; The Kitchen, New York; and Abrons Arts Center, New York.
wendyvogel.net 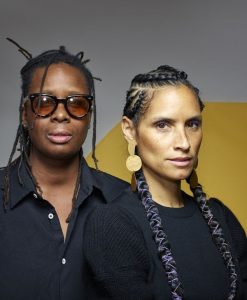 PREVIEW: The Aesthetics of Matter, curated by Mickalene Thomas and Racquel Chevremont for VOLTA NY 2018.

VOLTA NY have teamed up with GalleryLOG to present a preview video of The Aesthetics of Matter, curated by Mickalene Thomas and Racquel Chevremont for VOLTA NY 2018. 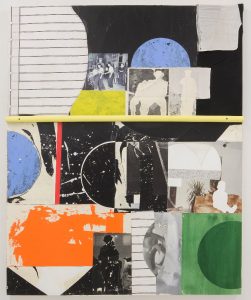 VOLTA NY announce artists for The Aesthetics of Matter

VOLTA NY has announced the participating artists in The Aesthetics of Matter, the third iteration of the critically acclaimed Curated Section — a thematic exhibition within the fair, organized by an independent curator — occurring at the fair’s eleventh edition in the city and fourth year at PIER 90