‘Reasons to Sallivate - or Not’: Paul’s ART STUFF ON A TRAIN #202 - FAD Magazine
Skip to content 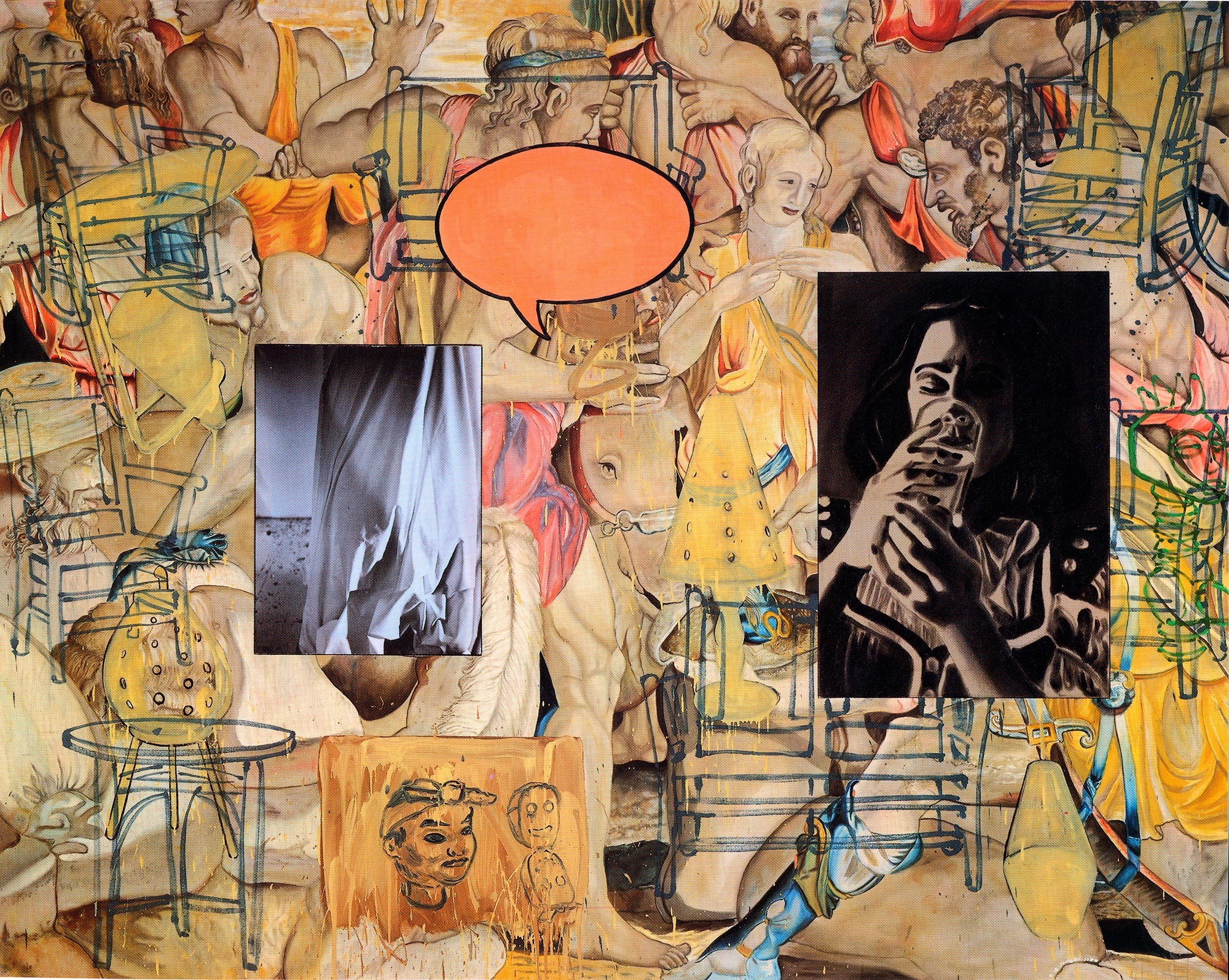 American painter David Salle (say ‘Sally’) has been prominent recently: following Skarstedt’s memorable showing of his ‘tapestry paintings’ late last year, and there’s more of his richly multi-sourced 1990’s work in the Saatchi Gallery’s uneven survey of ten ‘painter’s painters’ (does that make Charles a secret painter? Either way, to 28 Feb). And Salle has just published ‘How to See’, a collection of his writings on art, more in the territory of accumulating observations than of setting out grand theories, though he has emphasised that he’s ‘against literal-mindedness’, believing that in art ‘the how of its making is just as important as what it represents’. Salle is an erudite and entertaining companion, refreshingly open about reviewing his friends, and has plenty of interesting things to say about what makes good art, especially painting *. So, what to muse on when looking at Salle’s own conflations of art forms and time zones? ‘How?’, as well as ‘what?’ and ‘why?’, must be a good question by his anti-literalist lights. And three tests he cites and ought to pass are: ‘take a work’s temperature, look at its surface energy’, ‘gestures should be harnessed to the painting’s internal architecture, not just surface decoration’ and ‘the aesthetic rationale for using appropriation… is to insert a tiny wedge between the name and the named, to search out a crack in the wall built of habit and certainty, and work into that small fissure a measure of existential rebellion’. 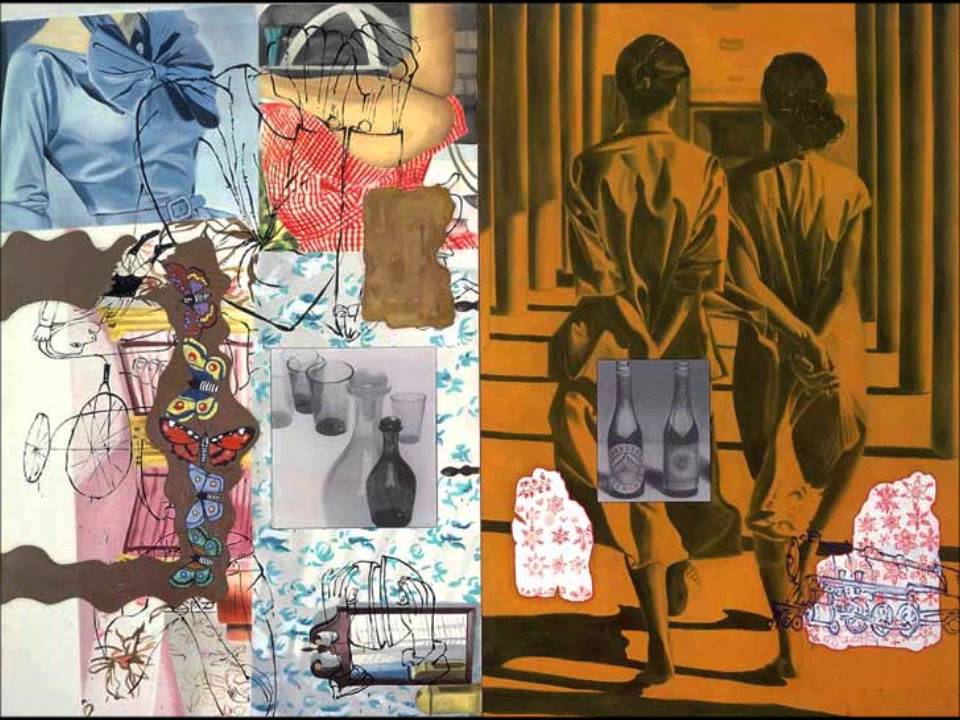 * That said, quibbles are possible. The book kicks off with a discussion of Alex Katz’s use of colour (‘what counts most is the intervals between colours, precisely chosen’) illustrated by a pretty poor black-and-white reproduction – indeed, the only colour illustration is of the author! It’s probably in the nature of such a production, unless proactively edited, that some repetition occurs, and Salle lets plenty stand. And there’s no attempt at balance: perhaps naturally – as they’re often his friends – Salle concentrates on old white men who paint, mostly American-based, with just a couple of non-painters, a couple of women, and a couple of non-Caucasians (Oscar Murillo cops it for making ‘painting for people who don’t have much interest in looking, who prefer the back story to what’s in front of their eyes’).