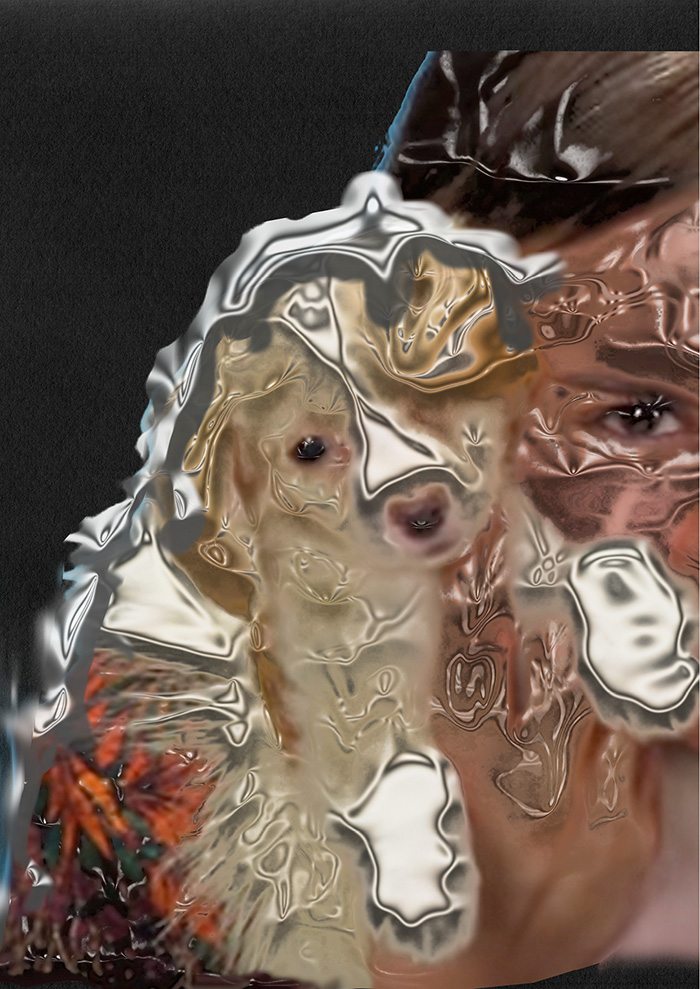 Titled FEAR ANGER LOVE in its 18th edition, the Berlin-based CTM Festival for Adventurous Music and Art examined the role of music and emotion in today’s society. Over 10 days of performances, art installations, talks and special projects between 27th January – 5th February, the festival presented artists and musicians working with emotion against the backdrop of new technologies, historical viewpoints, contemporary art and social issues that increasingly seem to be emotionally driven.

Every year the music festival is accompanied by an exhibition. With Mexico as the country of focus for CTM 2017, this year’s exhibition Critical Constellations of the Audio-Machine in Mexico traced the history and current role of sound art and electronic music in Mexico, guiding the viewer through the plethora of musical styles and sound experiments that came out of the country since the start of the 20th century as the nation struggled with survival, fragility and identity.

While somewhat heavy on the historical documentation, the exhibition did have some arresting audio-visual installations. These included Psychic Voices by Ariel Guzik, which features a grey whale tymphanic bone fossil surrounded by a cascade of sound from the Nereida capsule recordings of their voices and pistol shrimp crackles. The bone comes from a grey whale lost in the artificial channels dredged by the phosphate rock mine along a sanctuary in Mexico, giving the installation a tragic undertone of one-way sound communication between whales. This work is a moment of reflection in Ariel Guzik’s trajectory, drawing on his sound research on the life energy that surrounds us. 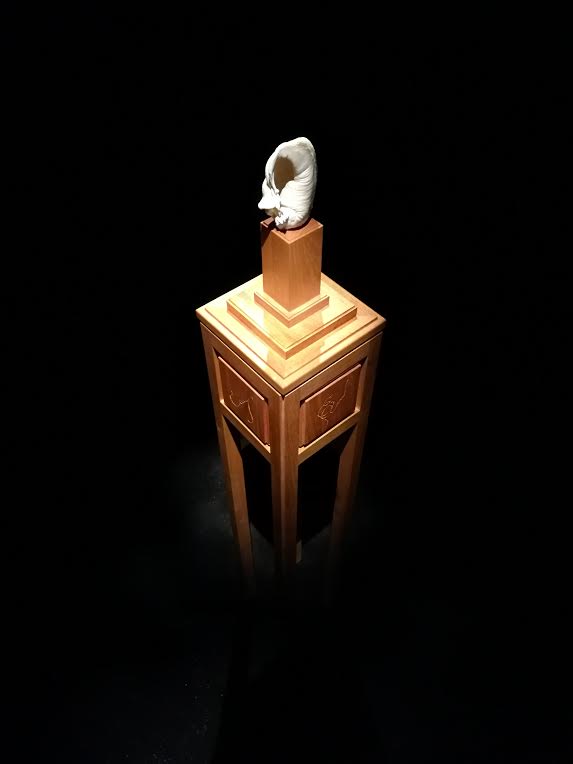 Similar in end result is the combined installation of the Mexican photographer Pablo Lopez Luz’s visuals and sound from Julio Estrada Eua’On for UPIC systems. A study of a constantly changing city, the stream of Pablo Lopez Luz’s photography unearthes the impact of overpopulation, the lack of urban planning and the rapid pace of change. Alongside the photographs that morph from one into another, you can hear the dense multiphonic wall of sound, reflecting the voices of the many perspectives on change in the city. Julio Estrada describes the sound piece as “a long scream made from hundreds of voices, generating a dense choral mass, which reminds us of the threaded sonority of the wind, of physical changes similar to the human voice, and which, when stretched with elasticity towards the heavens is converted into a noisy scream”. 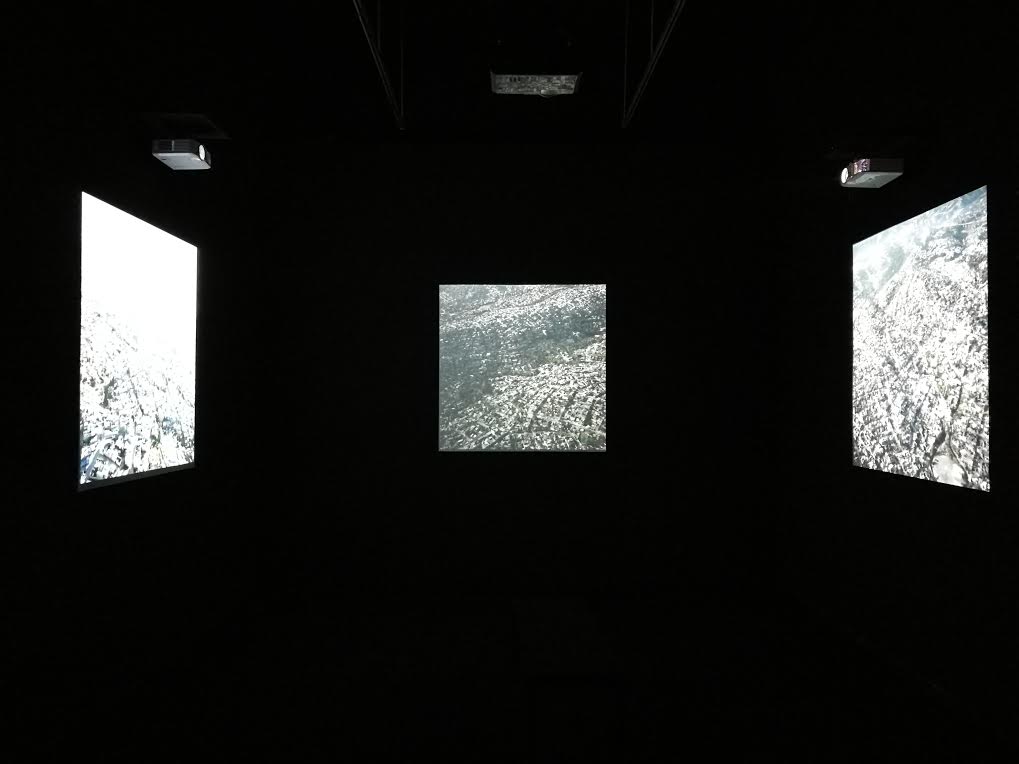 In line with the festival’s music technology currents, the exhibition presented the first Mexican algorithmic musical piece, Nahuál II by Roberto Morales, conceived for Mayan Harp and non-deterministic finite automata. Premiered in the 1990s, the artist has continued developing the piece using the latest technological advances in audio technology, informatics and real time processing. For the first time, this work is being exhibited with a holographic video made by Morales as a result of his recent interest in real-time video processing. He is one of the first composers to use artificial intelligence to explore the alterity that inhabits traditional instruments and primitive sound objects. 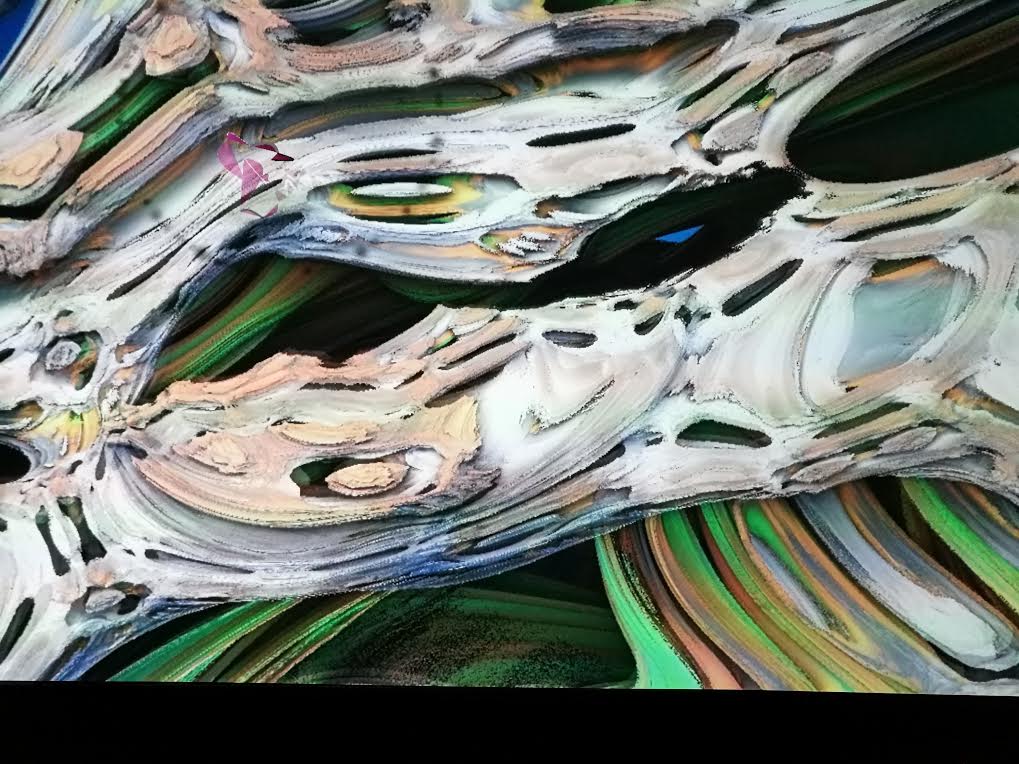 On the way out of the exhibition, you are confronted with the light-hearted installation What do machines sing of? by Martin Backes. This fully automated machine endlessly sings number-one ballads from the 90s, attempting to imitate the appropriate human sentiments to these emotionally loaded songs. 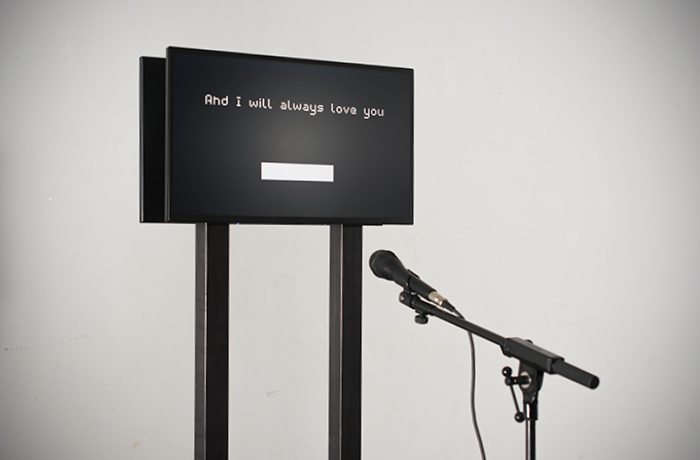 The exhibition was complemented by additional audio-visual collaborations spread out across Berlin. One of my favourites was Lexachast, a collaboration in every sense of the word – between the two festivals transmediale and CTM, between the artists Amnesia Scanner, Bill Kouligas and Harm van den Dorpel, between human and machine, visuals and sound. And a successful one at that. Harm van den Dorpel’s algorithms filter random NSFW imagery from across the internet, generating graphic live-streaming visuals that fade into each other. This is matched by a distorted soundtrack, drawing on our strenuous relationship with the internet’s onslaught of unthinkable material. 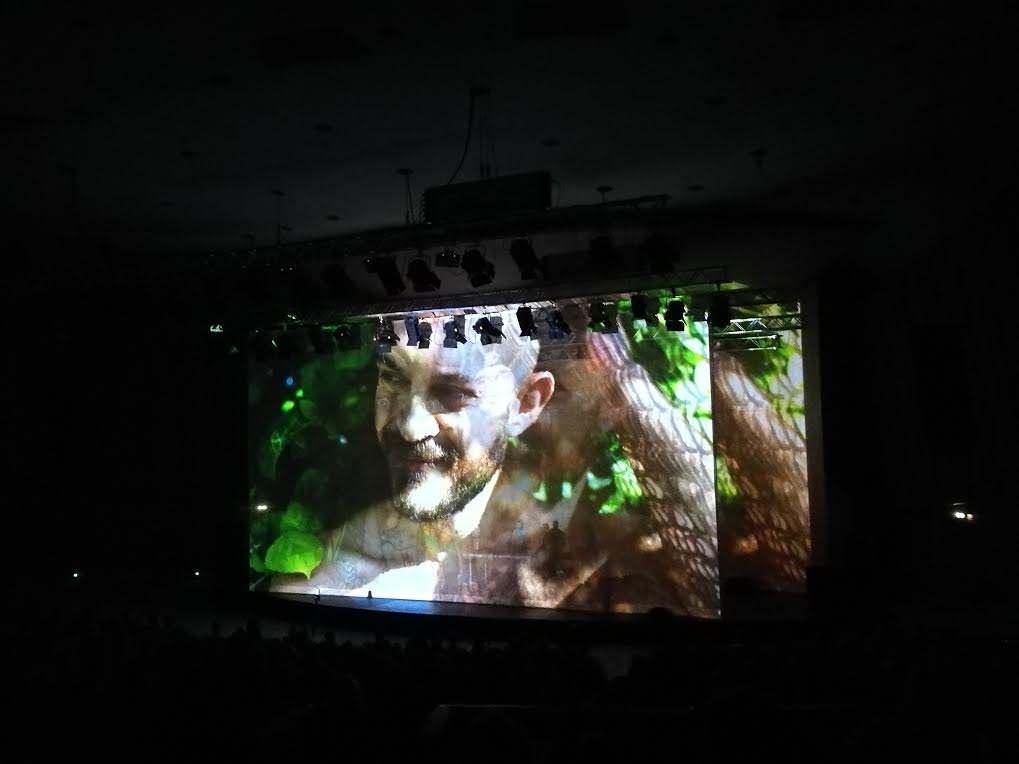 Meanwhile, Alan Warburton’s Primitives, a three-channel video installation at HAU2, plays at the intersection of entertainment, psychology and science using CGI “crowd simulation” software. Traditionally, this has been used in Hollywood blockbusters to fill out background humans in cities, battlefields and stadiums as well as by researchers working on city planning and crisis mapping. Warburton captured the movements of a single dancer, Anya Kravchenko, and transformed these into the motions of a crowd. Set to a choral soundtrack, this work looks at mass movement as well as group dynamics and crowd psychology. It seeks to question what happens once you “liberate the digital crowd” and allow it to play against experimental parameters. 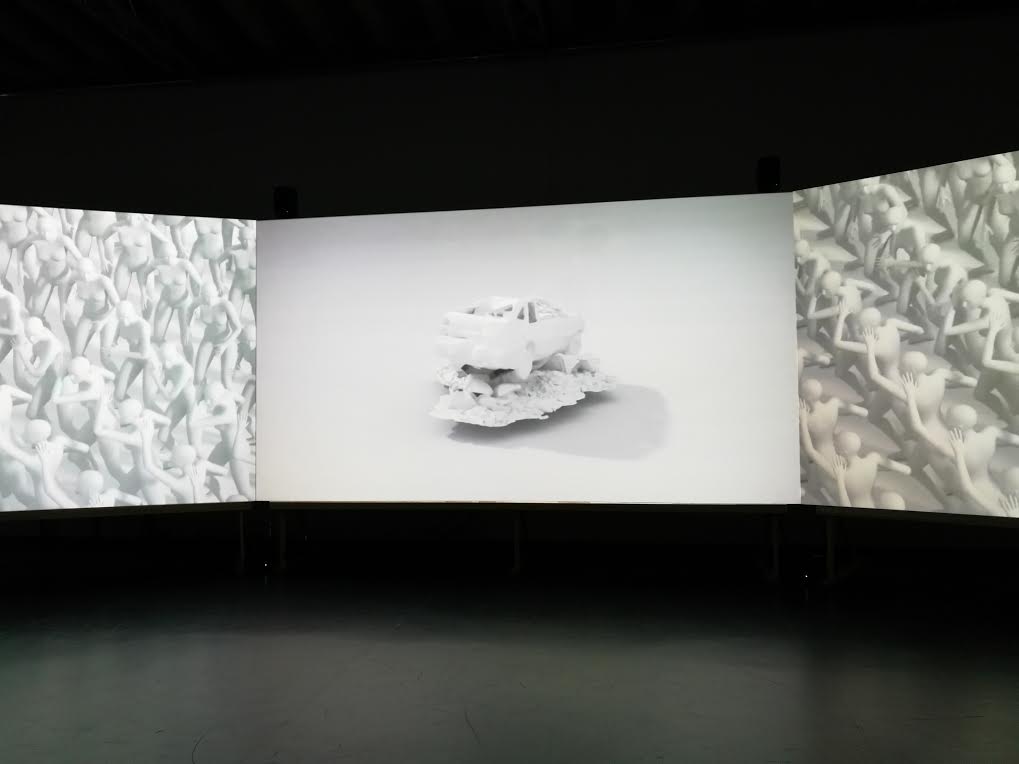 So, CTM festival, it has been emotional indeed. I’m already counting down until the next edition.

The exhibition “Critical Constellations of the Audio-Machine in Mexico” is on view until 19th March at Kunstraum Kreuzberg in Berlin. 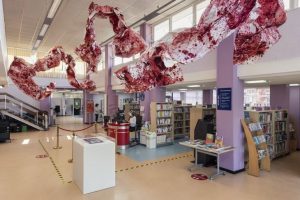 The Moving Museum is carving out a permanent hub – The Moving Museum Online (TMM WWW) – a new website and a new way of experiencing art on the internet. The website represents a new understanding of nomadic programming in a digital age, reflecting our desire to connect, activate, and redefine the relationship between local audiences and global practitioners.

Pixel Head a pixelated mask for the social media age

At the moment, technology is changing the world way too fast, and the social consequences are not fully foreseeable yet. The definition of the term “anonymity” will change as surveillance increases more and more.