What is a museum on the Internet? Many people have proposed various designs over the years, from directories and archives to 3D rendered exhibition spaces and blogs. But none have really understood that the Internet is antithetical to the traditional idea of a museum. A museum is bedrock, it is place where history is stored and conserved. The Internet is a flowing stream, it is a place where history is re-contextualized and distributed. Why shouldn’t a museum on the Internet behave the same way?

Having found temporary homes in Dubai, London, and Istanbul, The Moving Museum is carving out a permanent hub – The Moving Museum Online (TMM WWW) – a new website and a new way of experiencing art on the internet. The website represents a new understanding of nomadic programming in a digital age, reflecting our desire to connect, activate, and redefine the relationship between local audiences and global practitioners.

As an artist centred organization, The Moving Museum turned to its artists to develop this new vision, inviting Jeremy Bailey as Creative Director of this new platform, whose artistic persona of 10 years employs absurd technologies to ‘make the world a better place’. Alongside Jeremy, they brought together a diverse group of collaborators that represent some of the world’s most important online practitioners: Harm van den Dorpel whose practice employs the language of computer programming and artificial intelligence, Joe Hamilton whose uses of technological and found materials creates intricate and complex online compositions, and Jonas Lund whose work explores network dynamics and aesthetics of value and taste.

Over a one-year period, they re-imagined institutional architecture for a virtual audience, transforming it from a static repository of information, into a living platform for art. TMM WWW responds to a new generation of audience and practitioners that experience art online as much as they do in person. The resulting website becomes the ‘gallery wall’ with a visual stream that invites visitors to uncover new art and programming in a way that feels intuitive and encourages discovery. Documentation of physical artworks, performances, special project commissions, and public programming will be preserved and presented online alongside social media channels, live streaming events, and digital commissions, unencumbered by categorical navigation.

“Central to our new vision, TMM WWW will enable artists to embed artworks directly into the stream in almost any format imaginable, whether or not the artist is native to making artwork on the Internet. These Online Installations present a new strand of programming that run parallel to our geographical projects.” 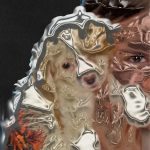 CTM Festival 2017: The music festival gets emotional under the theme FEAR ANGER LOVE

Titled FEAR ANGER LOVE in its 18th edition, the Berlin-based CTM Festival for Adventurous Music and Art examined the role of music and emotion in today’s society. 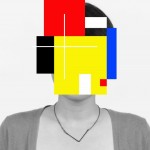 How is the internet changing Art? 100+ artworks 70+ artists : #ElectronicSuperhighway

100+ artworks show the impact of computer and Internet technologies on artists from the mid-1960s to the present day. 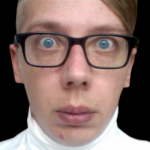 The You Museum : Art and Advertising in perfect harmony? 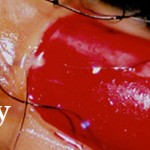