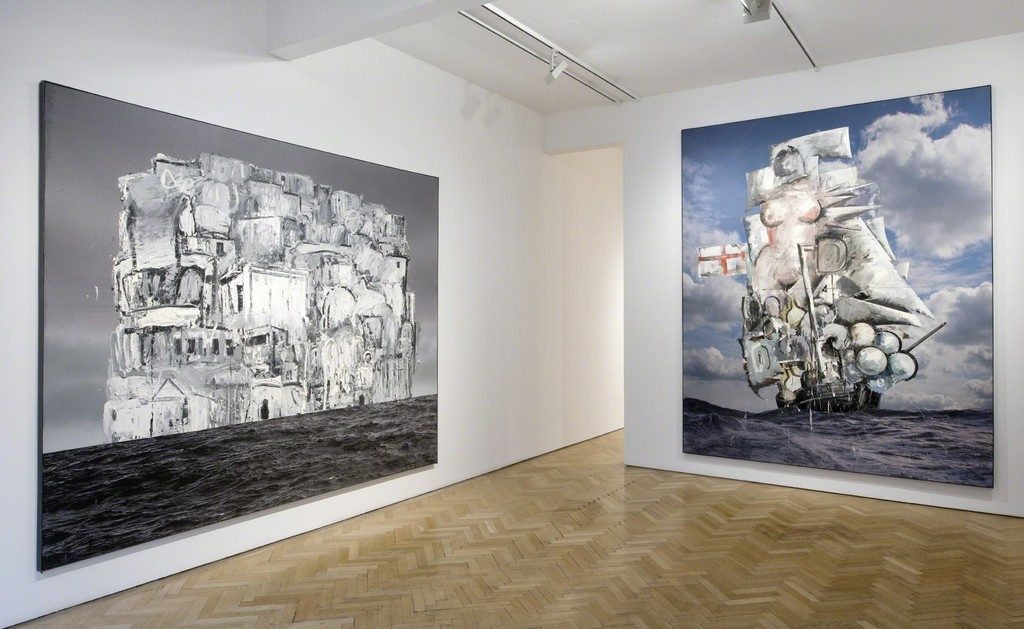 “Gimme Shelter,” is an exhibition featuring the works of British artist Marcus Harvey.
The selection of works on display comprises of the artist’s figurative paintings and sculptures and explores imagery that is symbolic of his British heritage. His images are often controversial in nature, as seen with his infamous ‘Myra,’ which was created with repeated child’s handprints in the image of the infamous child-murderer Myra Hindley. Harvey’s recent works comprise forging ceramic motifs and emblems of Britishness into collaged portraits of historical British figures of foes from history.
The sculptures are humorous, unapologetic and brash, political yet ambiguous. 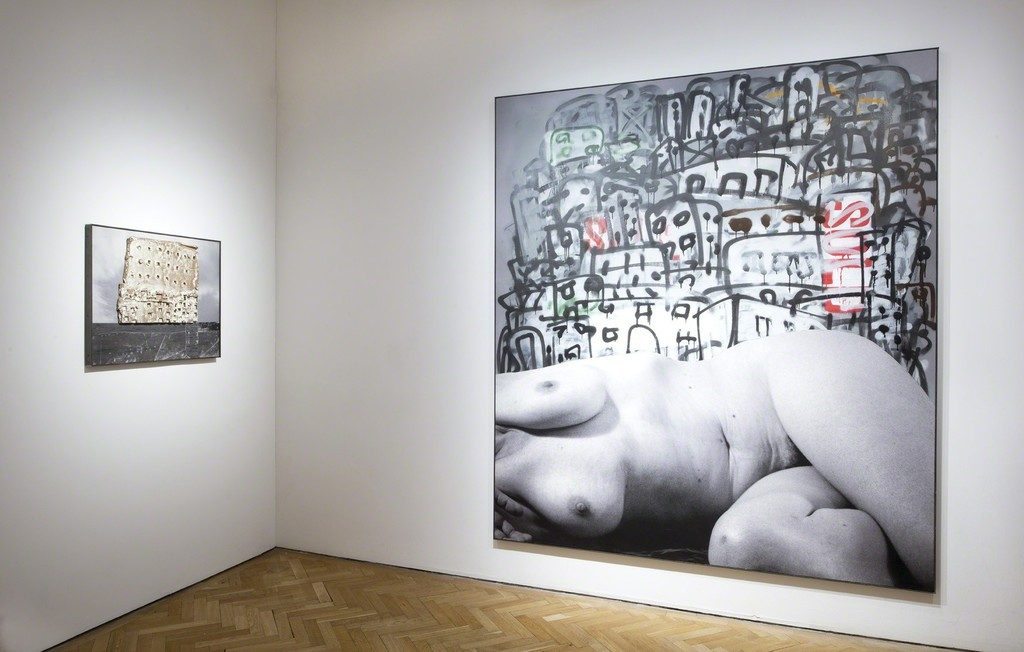 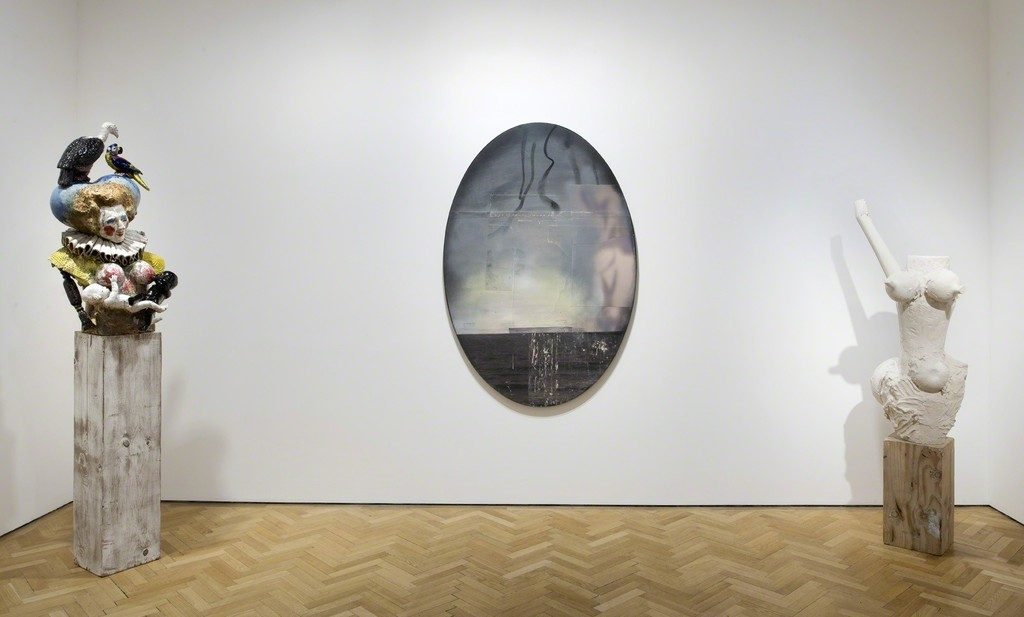 About The Artist
Marcus Harvey makes highly worked figurative paintings and sculptures. He seeks out imagery that is emblematic of a brutish but proud Britishness. Often his imagery is problematic or controversial, his most infamous work perhaps being ‘Myra’ which was exhibited as part of the groundbreaking exhibition Sensation in 1997. Unprecedented national and international media attention ensued as the painting had been created with repeated child’s handprints in the image of the infamous child-murderer Myra Hindley. This chilling painting derived much of its potency from the iconography of photographic image so engrained in the British Psyche through years of obsessive media reproduction. The painting, ‘Albus’, one of his most important paintings to date uses the white cliffs of Dover as a metaphor for Britain’s place in a changing, uncertain world. The paint sits proud of an underlying photographic sea. Britain’s cliffs look strong, pugnant and full of history, proud in adversity. Bad weather seems imminent, a storm is brewing and the water on which the painting sits is changing. Shifts of global power and economic woes threaten this mighty fortress. It is not clear where the future lies but still the island stands strong. The while endless and not controllable is not pristine. The tide may turn.

Recently, Harvey has started to work extensively with ceramics forging motifs and emblems of Britishness into collaged portraits of historical British figures of foes from history, from Nelson to Margaret Thatcher and from Napoleon to Tony Blair. He works the imagery, handling the clay in a battle to find its form despite multiple firings and emerging knowledge on behalf of the artist with regards to glazing and firing technique. The result is tough but humorous sculpture, unapologetic and brash, political yet ambiguous, considered and painterly.

Harvey was born in Leeds in 1963. He currently lives and works in London. 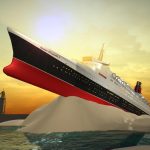 The QE2, power tools, a slated dress, our history and surreal painting 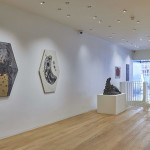