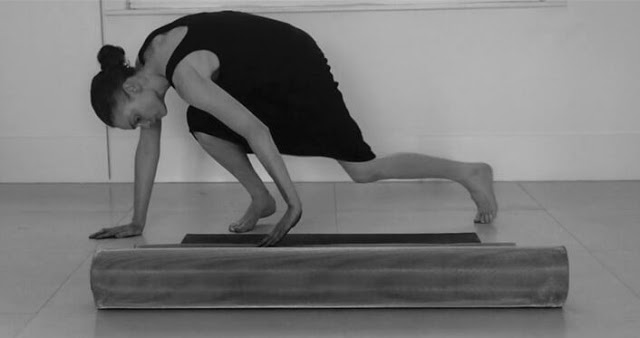 The essence of Anglo-French artist Alice Anderson’s practice is the performative exploration of the semi-conscious outcomes of particular states of mind.

Those actions typically combine primitive and modern, strong and vulnerable, one-off chance and ritual repetition. We can see those patterns played out in the various strands of Anderson’s recent work, which include objects ‘memorised’ by winding wire around objects, the subject of a major solo show at the Wellcome Collection last year. POST-DIGITAL features, instead, her capsules objects and mesh sculptures.

The Capsules Objects enact the preservative aspect of the Memorised Objects in a more specific and mournful context. As Anderson puts it, “if an object breaks” – as opposed to the mere threat of loss which is countered by recording an object with thread – “Something has gone. I encapsulate the object in steel, I leave it outside for few weeks until it rusts, then I perform a ritual and when the dance is over, everything is repaired. The broken relation is healed”.

Such items represent the experiences of many in the outdoor cafes which are an intrinsic part of Parisian culture, but here Anderson presents them as ‘broken’ – their associations altered by the terrorist events of 13 November 2015. The accompanying film documentation shows Anderson along with three friends who are, respectively, a dancer, a photographer and a writer, and captures how they respond to the capsules objects once they reach the point of unawareness generated by constant repetition.

Where the memory works are partly about preservation, Anderson’s mesh works look as if they will themselves need considerable protection: their delicate squares tremble as you walk past them, poised on the boundary between form and formlessness, and held together by nothing more than static attraction. Anderson makes them by cutting up a whole sheet of copper mesh. When combined by the assumed performance of her intuitive placement, these automatically reconnect themselves as if feeling the need to get back together.

The meshes, like the capsules, originate in public trauma: seeing the type of fence used in migrant camps, Anderson imagined the freeing action of cutting through them. It’s appropriate, then, that the wire is rather sharp-edged, and needs considerable care in handling. The meshes’ mutability suggests memories yet to take shape and how people, too, can re-form. There’s also a built-in potential for separation and an apparent fragility – though the sculptures are actually much more stable and robust than one might suppose.

We might call Anderson’s work POST-DIGITAL. Certainly it is informed – indeed, troubled – by knowledge of the digital alternative, and goes beyond it to seek new haptic relationships between people and the physical world. Anderson’s post-digital rituals give us a directness of engagement which a photo in a file cannot. Yet her practice might also be seen, taken as a whole, to be mourning the loss of the pre-digital world, to yearn for the times when rituals were charged with maximum power and objects were restricted to their original selves.