Timothy Taylor are showing six new paintings from Sean Scully’s Landlines series; a body of work that has preoccupied the artist since 2013. These works will be exhibited alongside a selection of 24 drawn-notes – individual pages in Scully’s written hand – that allow insights into the mind of the living master and his personal process. 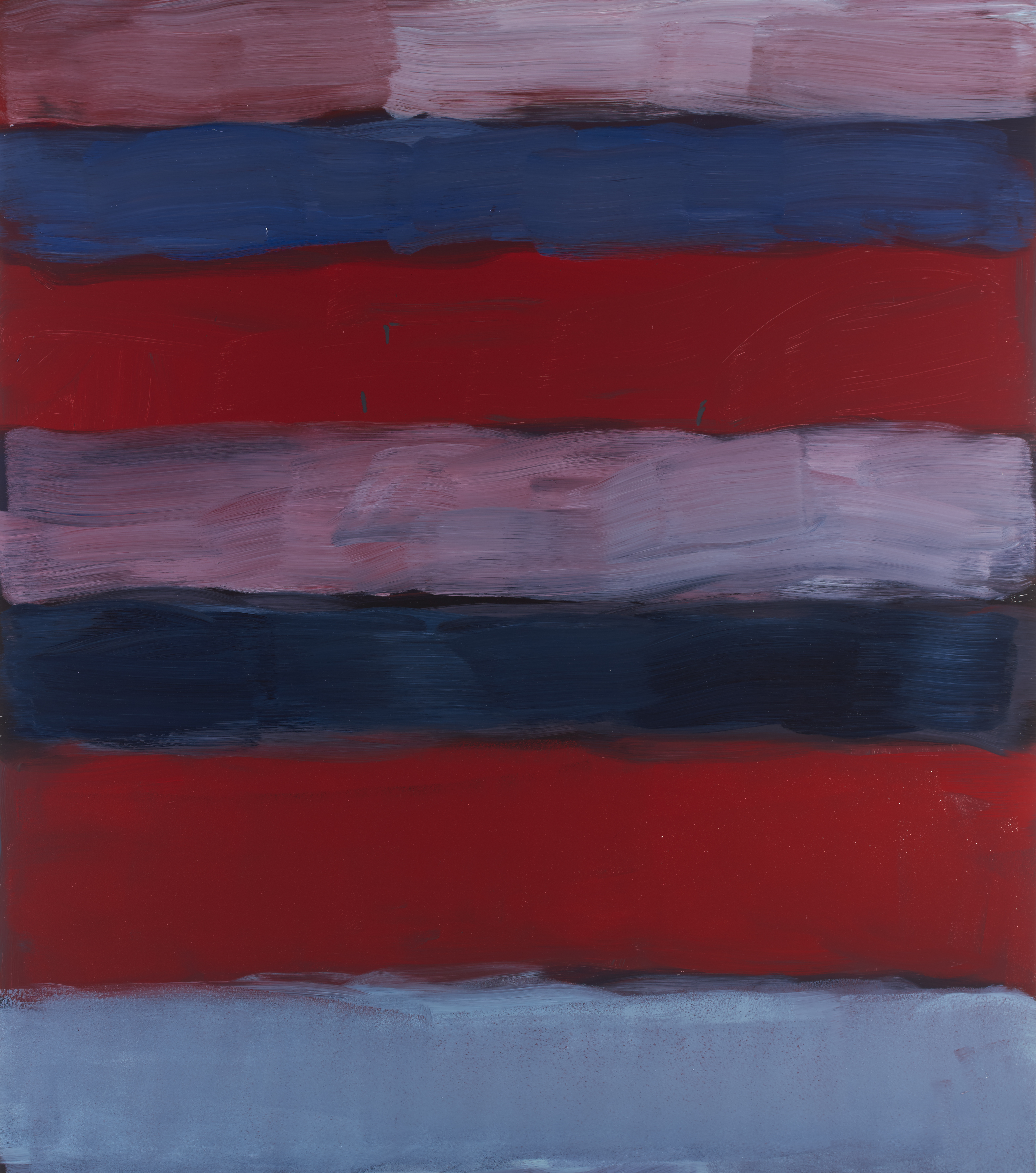 Scully is one of the most admired contemporary abstract painters, easily recognised for his distinct striped paintings. Early in his career, Scully’s works comprised tightly-controlled grids involving multiple layers of precise stripes. A move to New York in the 1970s ruptured this grid, inspiring the artist’s first paintings of singularly horizontal elements. By the 1980s however Scully began to experiment with the formal constraints of painting, creating sculptural works where the stripe expanded to become a building block, ultimately paving the way to the artist’s celebrated Wall of Light paintings of the 1990s.

Since 2013, Scully has intensified his focus on the Landlines series. Composed of wide horizontal stripes, that in the absence of any vertical architecture lean into and against each other, these paintings offer the viewer an uncertain, infinite space. These modular forms become units to be deployed; abutted, inset and interlocked against each other, whilst the choice of an aluminium ground keeps the brushwork fluid, capturing the rhythm of the artist at work. For Scully, a particular concern has consistently been the quest for expressive power within the application of his deliberately restricted repertoire of motifs. As the artist states, “at some time in the evolution of the surface something more emotional has to happen.”

Inspired by the artist’s perpetual travelling as well as the landscapes glimpsed from his multiple studio spaces, these works are infused with a shifting range of emotions and associations, articulated through a sophisticated command of colour: shocks of vibrant red against greying flesh-toned reds and muted, blunt greys, as in Landline Red Veined (2016) and pulsating blues in Landline Blue Veined (2016).

Timothy Taylor to open a new gallery in New York