‘No Need to be Trendy’: Paul’s ART STUFF ON A TRAIN #187 - FAD Magazine
Skip to content 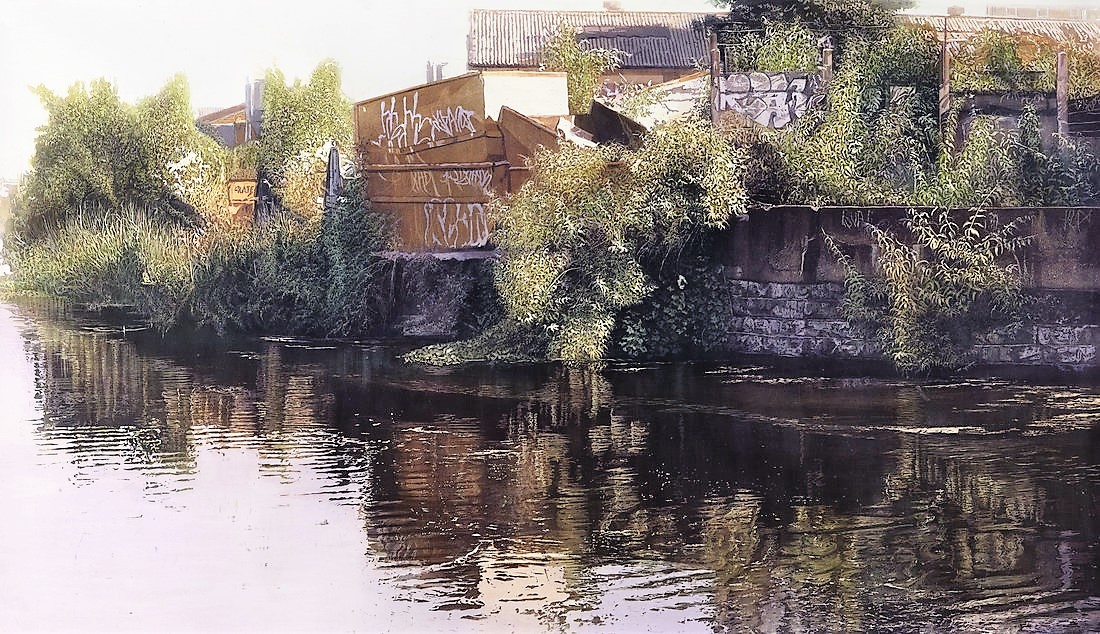 Not every interesting show is at a ‘hot’ gallery. The current shows at Waterhouse & Dodd, better known for their secondary market activity, and Long & Ryle, who have a somewhat conservative roster, are cases in point. The former has Juliette Losq’s technically impressive watercolours (‘Terra Infirma’ to 12 Nov). Losq finds a modern space for the picturesque in London’s zones of marginal nature, somewhere between the romantic sublime and its modern corruption. The latter is often represented by graffiti made painterly, though in the most radical piece it’s the patterns of pylons which appear on the side of a cabinet rendered function-free by plywood paintings cascading like tongued vegetation from the drawers.

At Long & Ryle David Wightman’s apparent subject (‘Empire’ to 11 Nov) is imagined mountains by lakes, which he collages out of shapes cut from textured wallpaper. The textures, which Wightman paints over in acrylic, can be read as geological strata or rippling waves. Are the paintings bland substitutes for the wallpaper they incorporate? Wightman sets up the possibility in order to refute it: his colours are intrusively improbable as decorative schemes and more suggestive of pollution than of nature. Celestine iv sets an ice cream mountain against a sulphurous pool and an ink-dense sky. Joseph Albers and Michael Craig Martin come to mind as we see how the same landscape template can be varied by changing both colour and textured pattern. It turns out that the paintings are, primarily, abstractly-motivated experiments with a language. 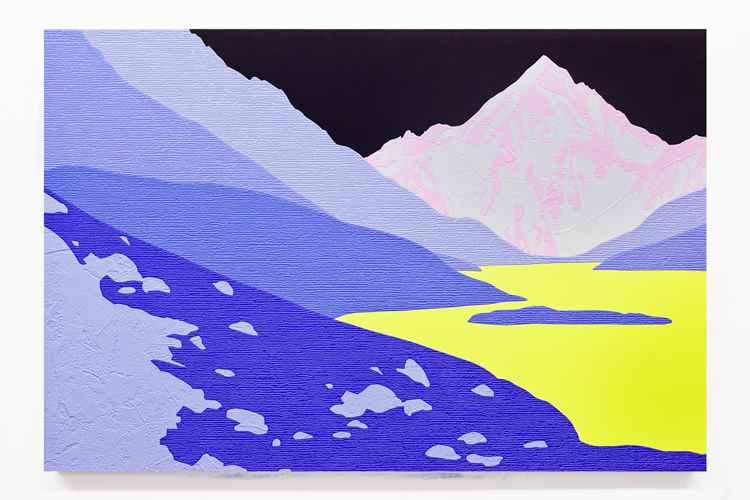