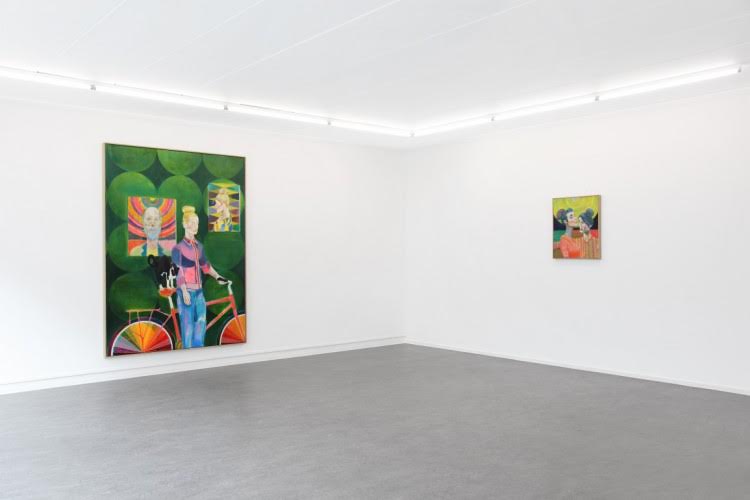 Let’s say that Ryan Mosley paints people who live in a different world. Or perhaps they live in a different time, or times. Neither of these possibilities are quite right, though. In Mosley’s paintings, time, place, history, the characters that populate them and the spaces they inhabit are all warped, distorted, thrown out of kilter, in states of fusion, disintegration and recombination. 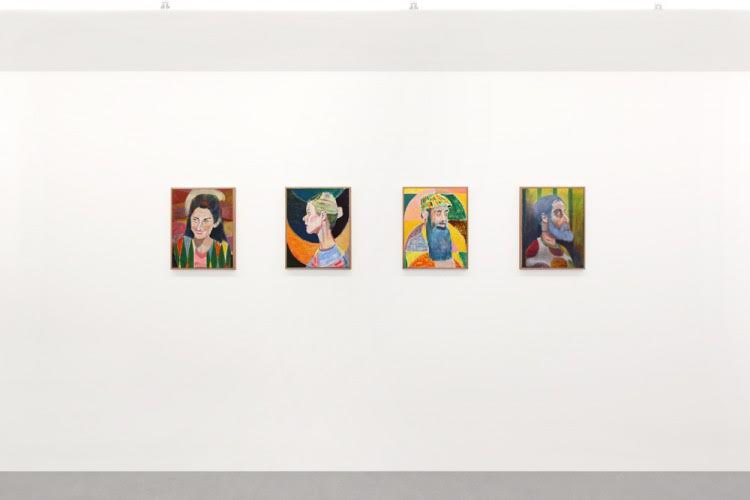 In Mosley’s recent work, in which the rigid forms of geometric abstraction are locked to a more apparently measured and realistic figuration. Historical time, here, is the time of the twentieth century, of modernist abstraction. But this abstraction leaks back into the real world – onto the sweaters of Mosley’s male portrait subjects, onto the blouses and dresses and tops of his female subjects, onto rugs and bedspreads and wallpapers.

The figures he portrays in various ways merge or correspond with their backgrounds; the contours of their heads, jawlines, beards and hair and cheekbones flattening into a field of interlocking shapes. It is as if, in some hard-to-fathom way, the people Mosley portrays are the paintings they inhabit.

Perhaps one could describe it as a kind of reconciliation, or an act of balancing, between these different histories of painting, where the space between the familiar and the strange, between the immediacy of the canvas and the at-one-remove of the image, are allowed to converse with each other, swapping roles and identities.

These differences do not harden and resolve, since they always point to their own presence in the other. Mutability of this kind is a kind of ‘duck-rabbit’ – we understand both but cannot see the two aspects simultaneously. And it is that, perhaps, which gives Mosley’s metaphysical reversals their power; for all their apparent stasis and silence, Mosley’s paintings produce in us a sort of euphoria, as we witness figure and ground shift in and out of each other, continuously. 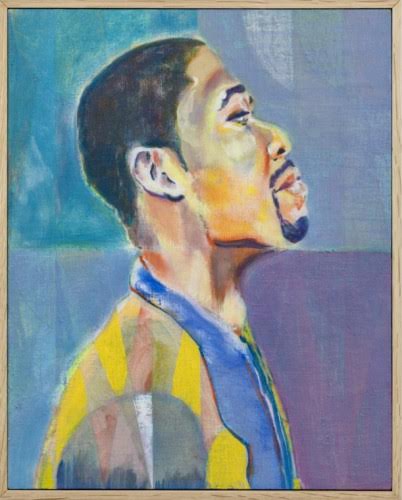 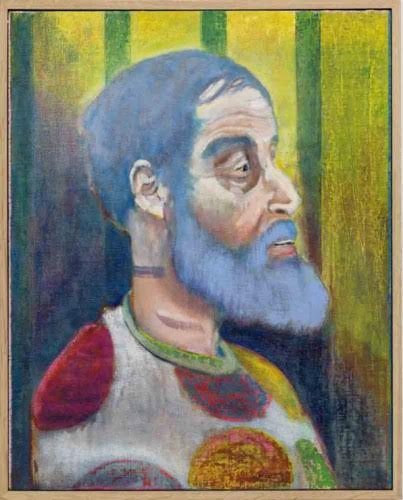 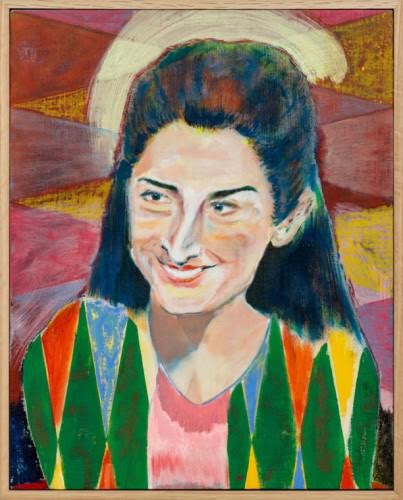 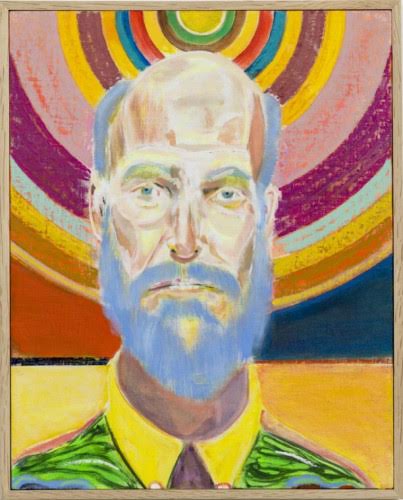 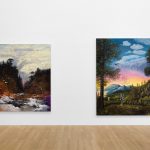