There are two ways of getting into the Palace of Westminster: book a guided tour (£18.50) or arrange to visit the latest Artangel project - FAD Magazine
Skip to content 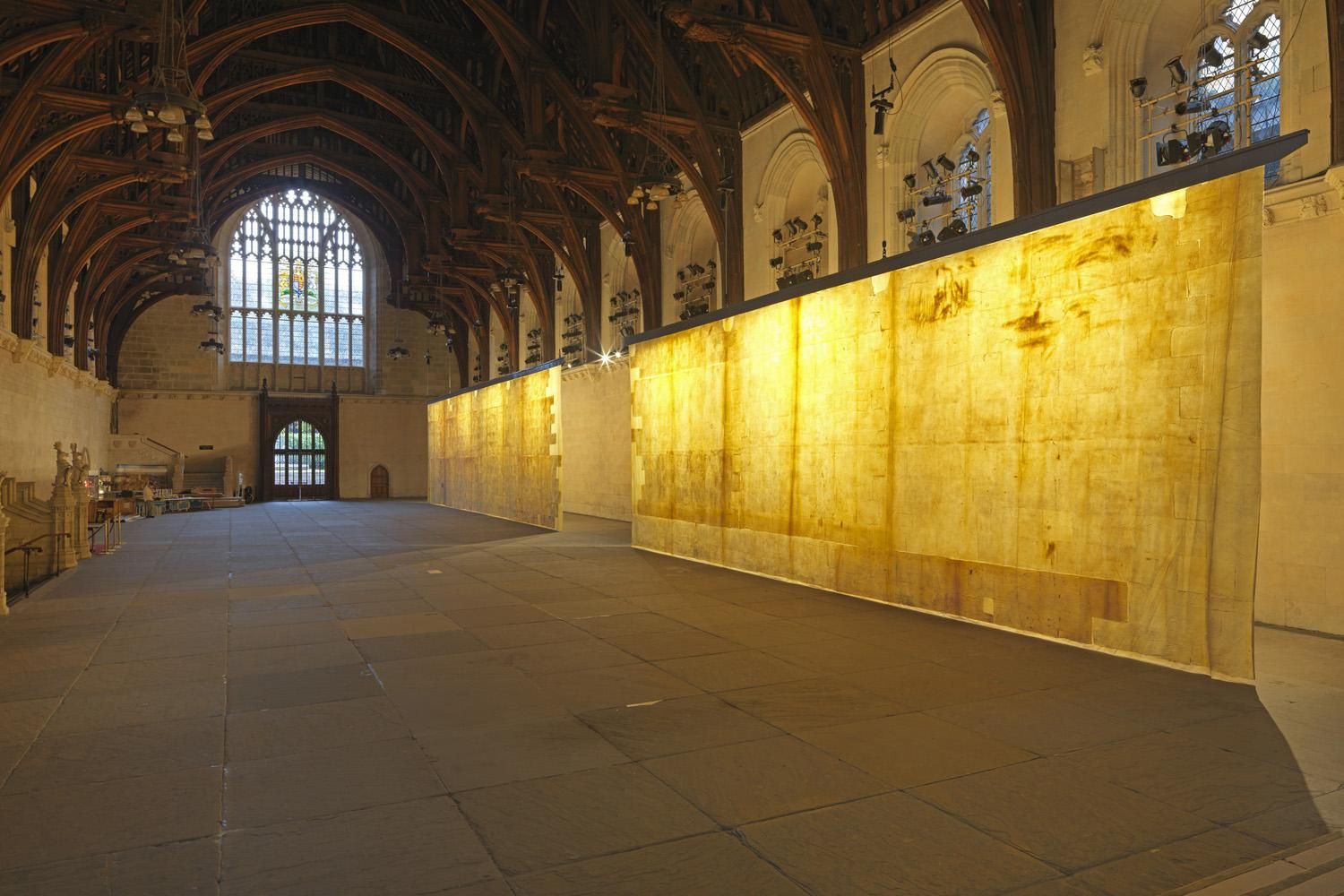 You can rely on Artangel for unusual large scale projects which are persuasively site-related. Just so, during the Parliamentary recess there are two ways of getting into the Palace of Westminster: book a guided tour (£18.50) or arrange to visit the latest Artangel project (free via www.artangel.org.uk/project/the-ethics-of-dust to 1 Sept).

The title comes from John Ruskin’s pioneering recognition of the importance of preserving historic buildings. What you see is Jorge Otero-Pailos’ display of the dirt his team have removed from the eastern wall of the thousand year old Westminster Hall. The process was to paint the limestone, section by section, with latex and peel it away together with the surface accumulations of a millennium. Mount the section on a translucent backing fabric and hang the result in front of the wall. Any one section can be viewed three times: a frontal view of the dust, a back view – the wall’s eye view, perhaps – of the dust from the back, and the now-cleaned wall itself (as top to bottom below). The effect is a fascinating palimpsest not unlike a vast (54 x 6m) abstract painting by, say, Lawrence Carroll. That reminds me that Otero-Pailos did the same thing for the Doge’s Palace at the 53rd Venice Biennial in 2009, whereas Carroll represented the Vatican in 2013. Anyway, you can speculate on whether the parliamentary soot comes from, say, the torches at the trail of Guy Fawkes in 1606, though I didn’t find this a much more personalasing connection than the claim that we all contain atoms which were there. 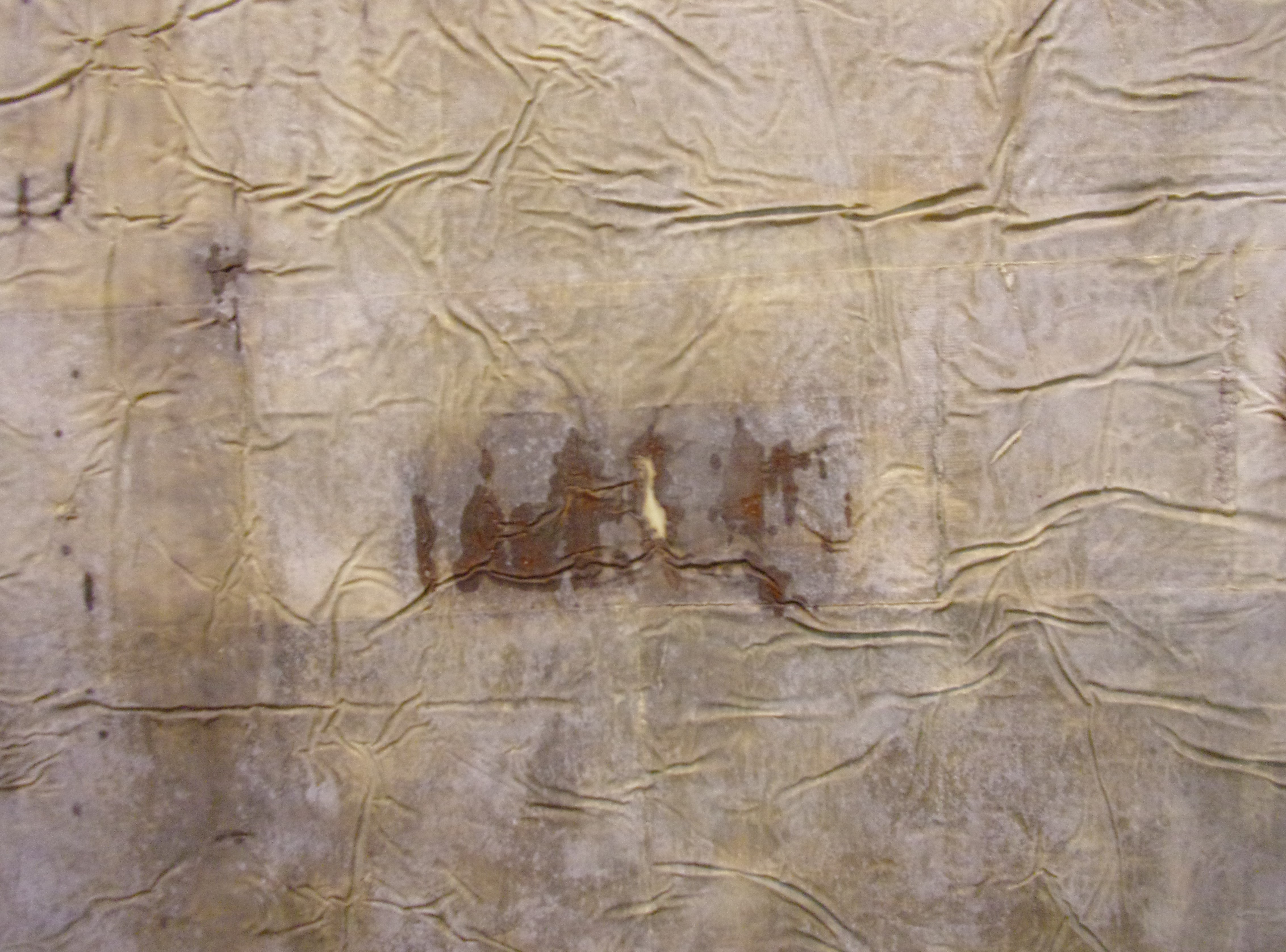 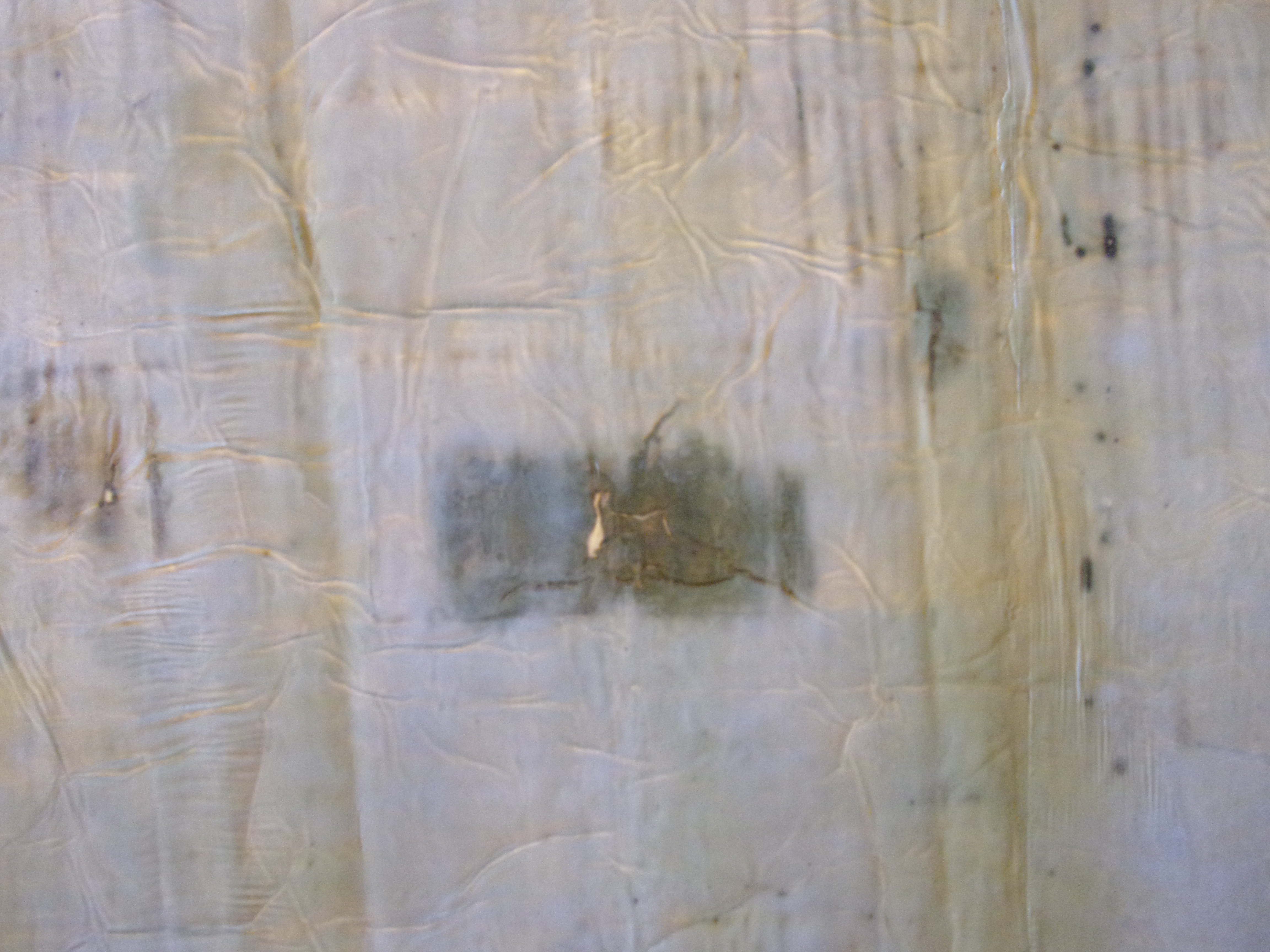 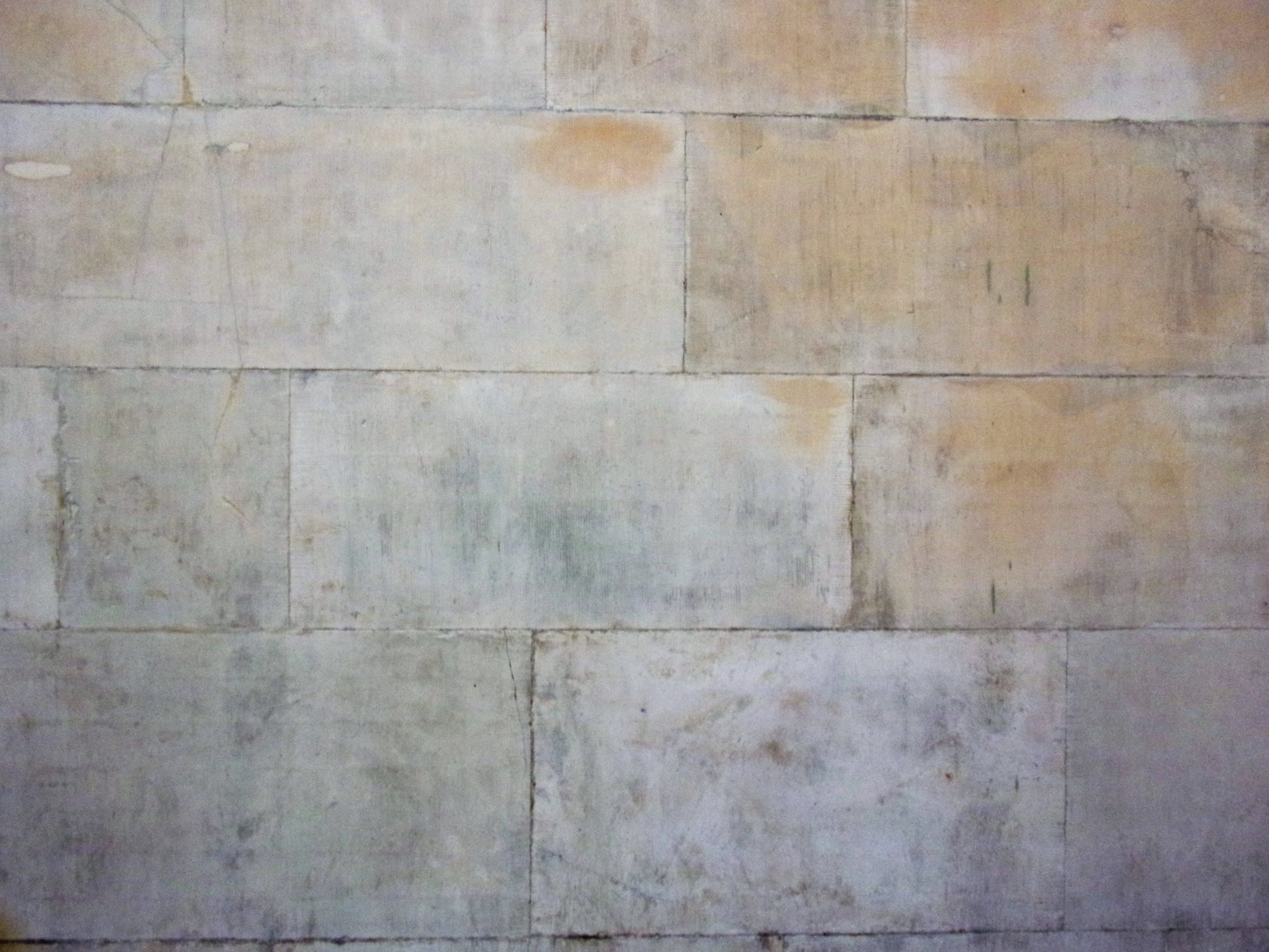