‘Could Your Child Have Done That?’ Paul’s ART STUFF ON A TRAIN #175 - FAD Magazine
Skip to content 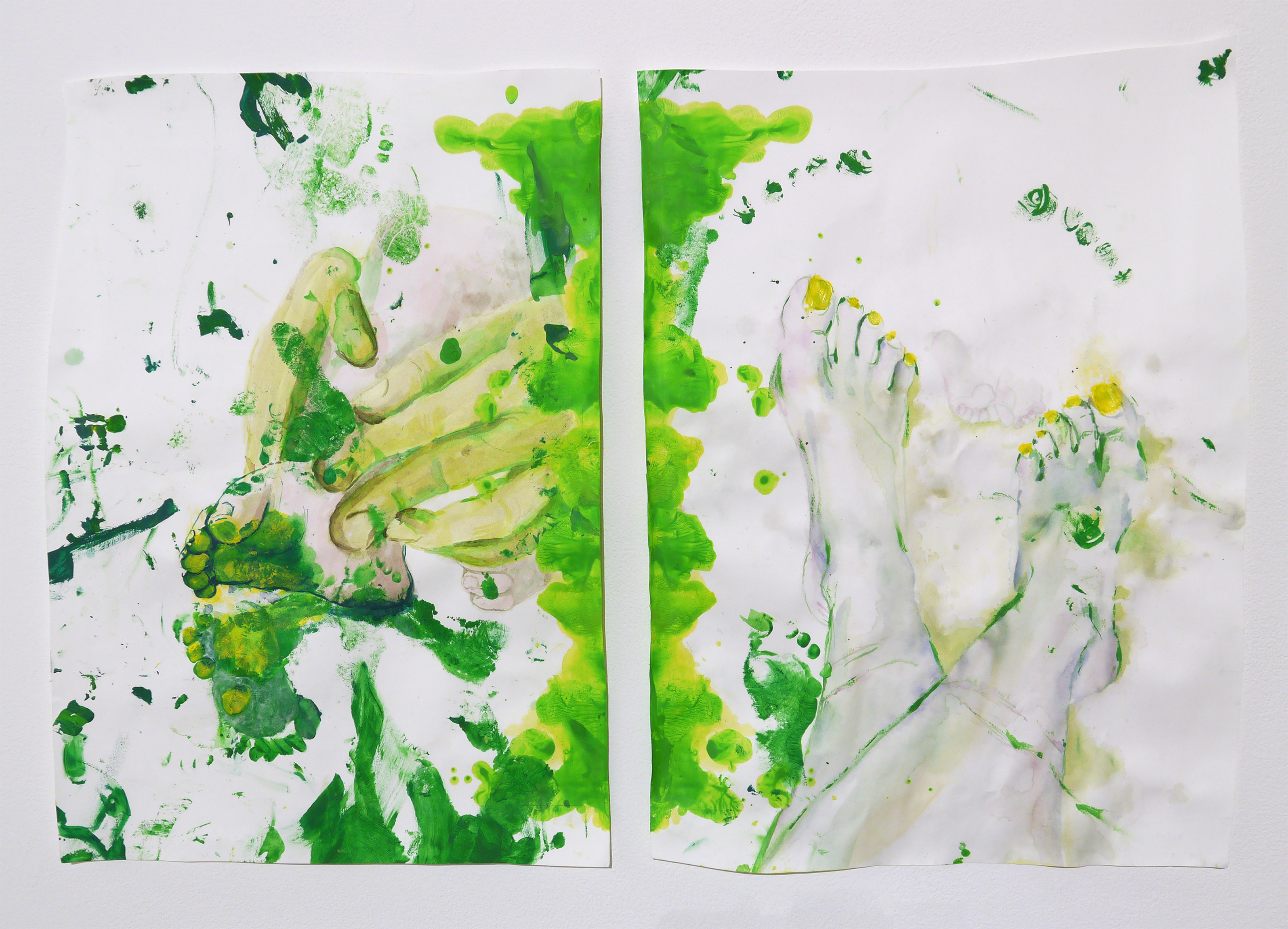 The Serpentine has a notably ancient combination currently in Alex Katz (89) and Etal Adnan (91), but at the other end of the age range, two interesting shows are not so much a case of the cliché-critique ‘my child could have done that!’ as the parental pride of ‘my child did that!’. At the Blyth Gallery in Kensington (to 26 Sept in the motherhood-inspired show ‘In Infancy’, with Sarah Gillham), Mindy Lee collaborates with her two year old son. Thus, for example, he used his feet to make the initial marks before she works around and responds to them, adding a Rorshach type print and depictions of both their feet. That process, says Lee, fetishises her son’s gestures and merges ideas of children’s butterfly paintings with psychological testing. Meanwhile, at Damien Hirst’s Newport Street Gallery in Vauxhall (to 16 Oct), Jeff Koons takes fetishising your son’s creations to another level: it was twenty years before he was satisfied with the production quality of the 27 interlocking aluminium pieces which make up his three metre high version of a mound of ‘Play-Doh’ which his two year old son Ludwig proudly showed him in 1994. Koons, notoriously, also shows explicit images of what, if not the moment of his son’s conception, were the relevant actions between him and Ludwig’s mother, the Italian porn star La Cicciolina. He went on, after their divorce, to fight a custody case over Ludwig which lasted almost as long as the making of ‘Play-Doh’… 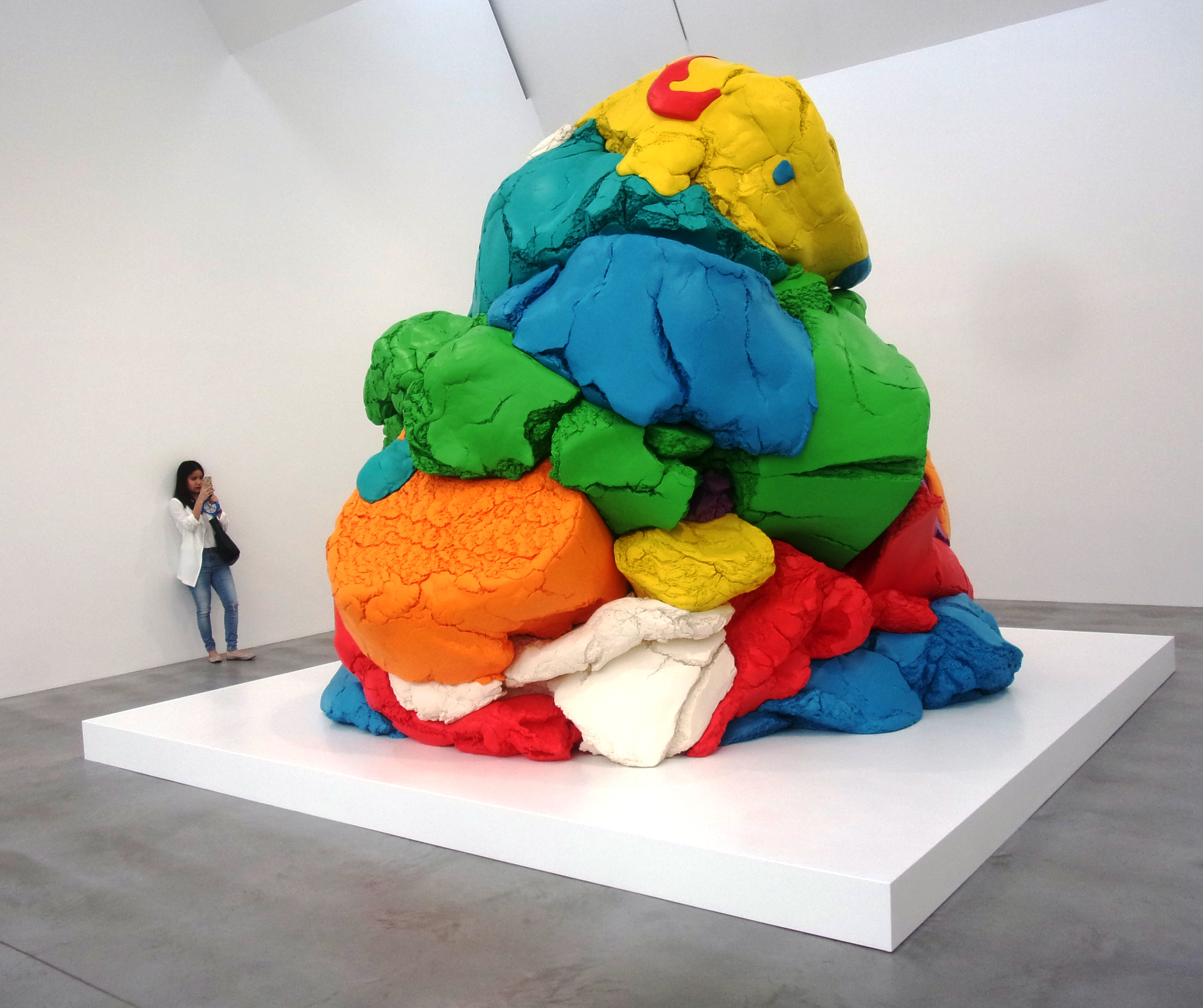