When Your Name's Not Vital: Paul’s ART STUFF ON A TRAIN #173 - FAD Magazine
Skip to content 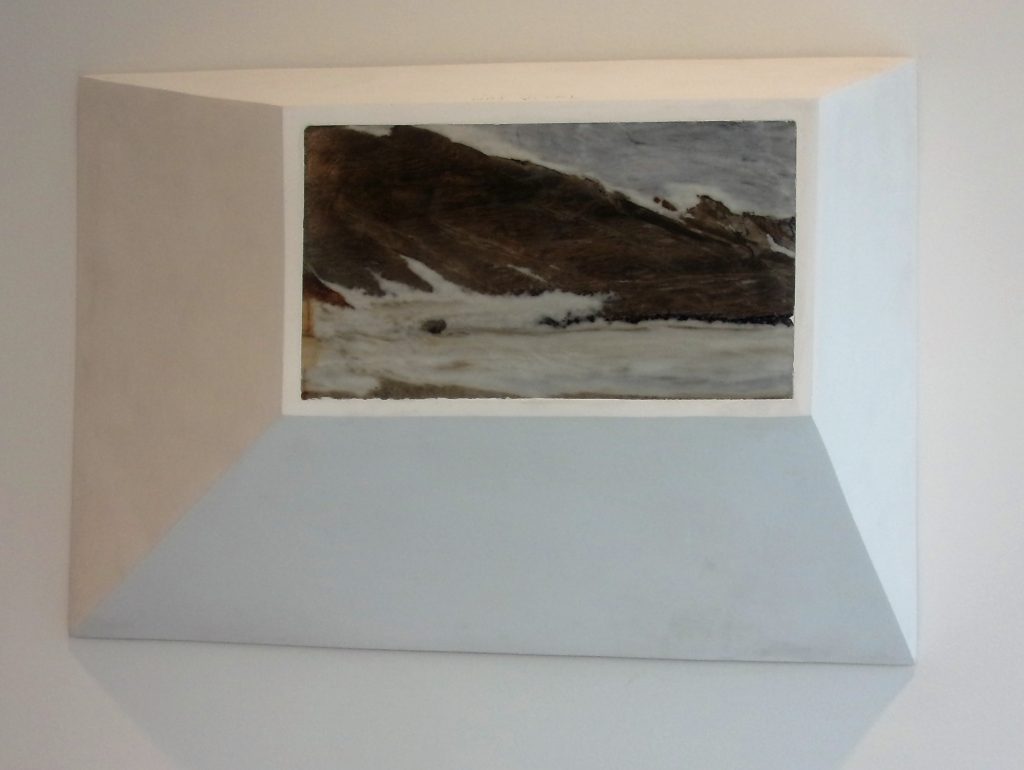 Enigmatic Swiss artist Not Vital has a major showing at Yorkshire Sculpture Park (to Jan 2017) and an attractively focussed one at Ordovas in Savile Row (to 5 Aug). His origins are Romansch-speaking Swiss, but Vital is also fluent in Switzerland’s other – and more widely spoken – official languages of French, German and Italian. In none of them, though, does his name have the curious, if memorable, negative implication it picks up in English. The nomadic Vital has a studio in Beijing, and the London show ‘Muntognas’ (Romansch for ‘Mountains’) presents Chinese marble which he slices open to reveal the Alpine landscapes of his native country, as if the whole world reminds him of home. The process of reading the veins of one geology as the image of another reminded me of Salvador Dali’s paranoiac-critical technique, in which swans prove to be elephants too, and so on. The marble, renowned for its natural striations, is from the Dali area of Yunnan Province in South-West China, and is known as ‘Dali Stone’: not vital, I suppose, but nicely appropriate. That, in turn, reminded me of the set of three Dali collages (at Zurich’s Kunstberatung) which felt like the freshest Salvadorian salvo I’ve seen in years… Here’s a Christmas tree out of butterflies and angels’ wings.

Salvador Dali: ‘The Wings’, 1958 – Watercolour, pen and ink, and collage on paper