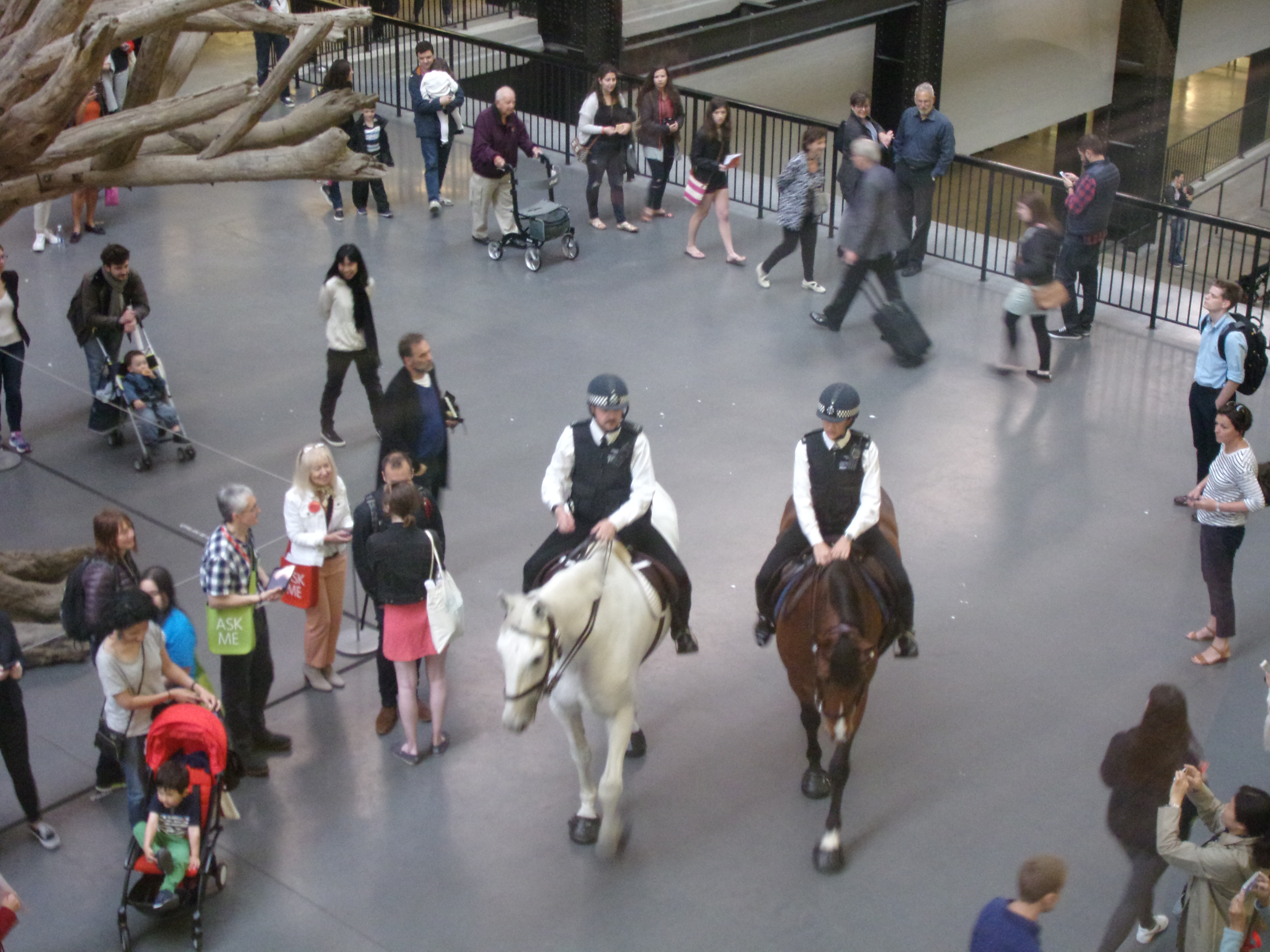 Visitors to Tate Modern last Saturday may have been struck, not just by the newly-opened Switch House expansion, but by the sight of two mounted police officers controlling the crowds on the Turbine Hall Bridge. True, the gallery was busy, but it seemed a little heavy-handed for them to ask me to move on for no greater offence than looking at Ai Wei Wei’s bolted-together tree. Of course, it was an artwork, though Tania Bruguera hopes that isn’t so obvious at first: ‘I like people not to think it’s art, so they can really enjoy it as a lived event and not as a representation of a live event… like a vignette where the audience can have a little piece of experience with power. In this case it is with the police’. Once you know it’s art you may make other links, the obvious one being to Jannis Kounellis’ Arte Povera masterpiece, ‘Untitled (12 Horses)’, 1969, which was recently re-enacted in Gavin Brown’s New York gallery. According to Jerry Salz ‘their presence in an art gallery—peaceful, delicate, humbling—is something we don’t know we need to know until we know them, and then are grateful for knowing. This is an apt metaphor for what art galleries can do.’ Maybe so, but I associate them first with my wife, who loves horses with a passion. So let this column be for her…. 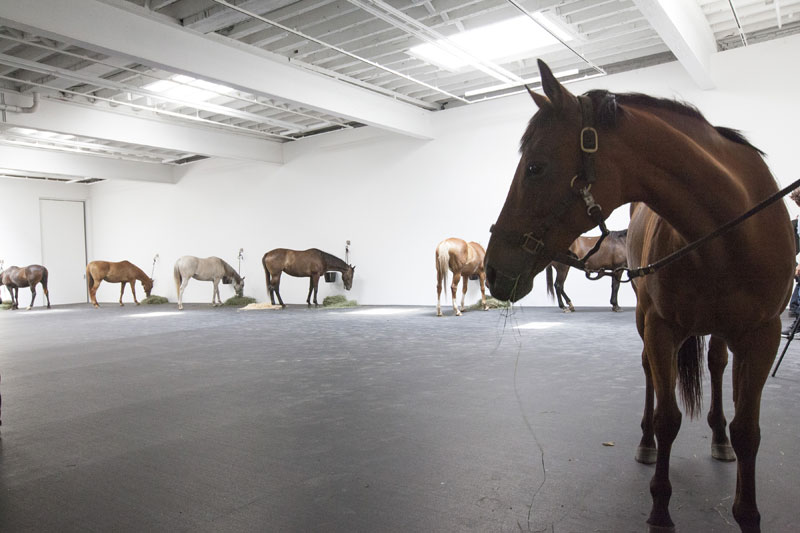 From tomorrow, Saturday 24 July, Tate Modern invites visitors of all ages to transform the floor of the Turbine Hall […]

Sophie Taeuber-Arp one of the most innovative artists & designers of the 20th-century avant-garde opens at Tate Modern.