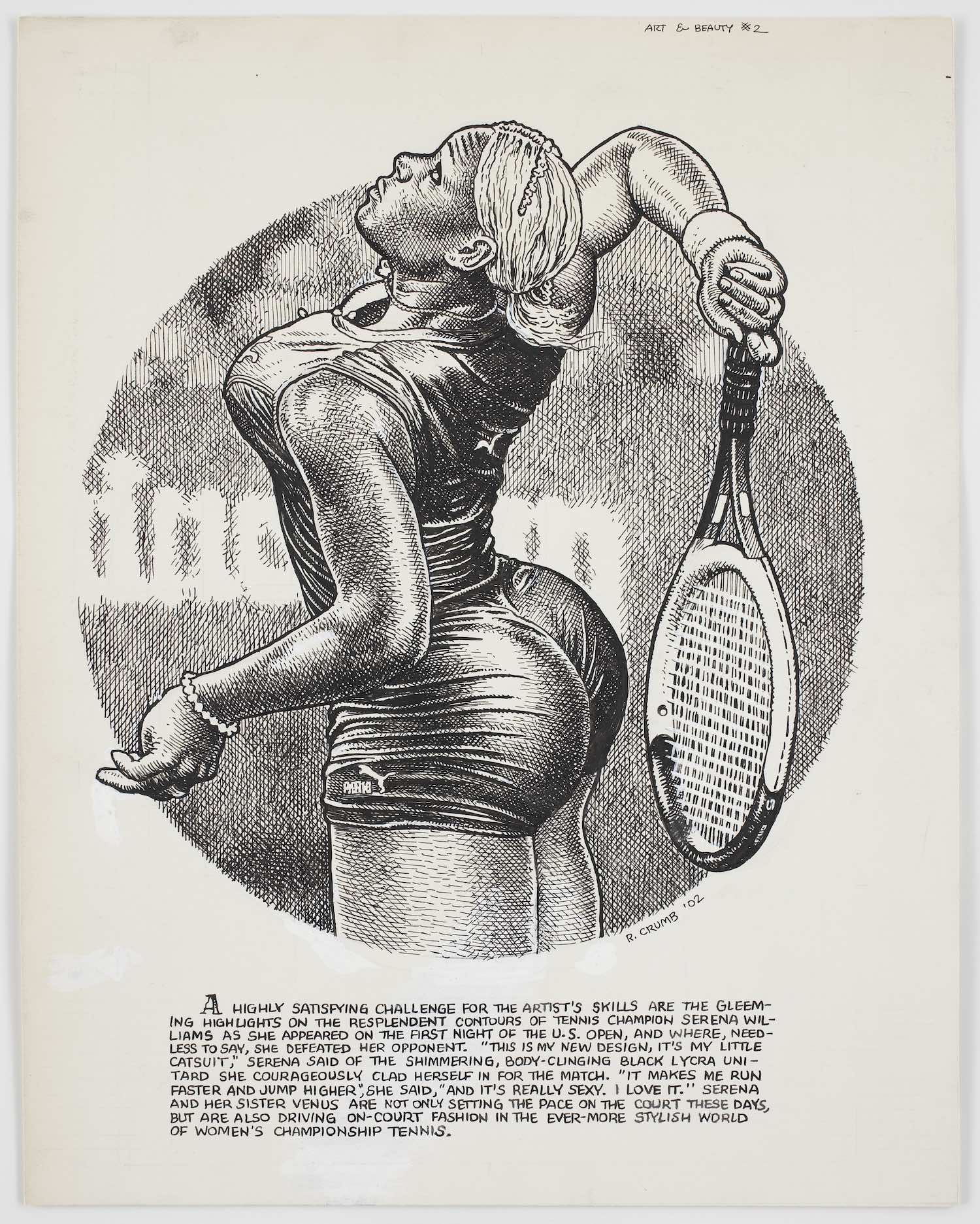 By way of curious confluence, two big names – Richard Prince and Robert Crumb – have impressively installed shows featuring depictions of women in which the artist might be seen to pursue his own fantasies. If there was nothing more to say, it wouldn’t be art, so what else is there? R. Crumb’s ‘Art & Beauty’ magazines, drawings from which are at David Zwirner to 2 June, see him transform various sources into his strapping type. As such, they play into the artistic tradition of the grotesque, paralleling for example Bruegel’s accounts of folk behaviour. Crumb also offsets the bawdy images with breathless pseudo-high-falutin’ texts which send up the artist’s own desires, academic commentaries on art, and how the media present women. The living artist known as Prince (Sadie Coles to 18 June) has a specially constructed corridor-come-shrine for a dozen big new paintings. Their grounds are blown-ups versions of 1960s cartoons in which buxom women are cast as playthings. Here, the subversion lies in how Prince references his most famous series – the joke paintings – and half-covers them with a hotchpotch anthology of his ‘own’ (largely borrowed) painting styles, in which Picasso and de Kooning loom large as classic depictors of the female nude – sort of a self-parody wrapped up in a wider parody. So is it enough? I suspect both artists are happy if the answer remains unclear, for such ambiguities and doubts can be what draw us into an engagement with, rather than a mere passive acceptance of, art. I’m not sure that’s enough either, but I am sure the not-rightness is the point. 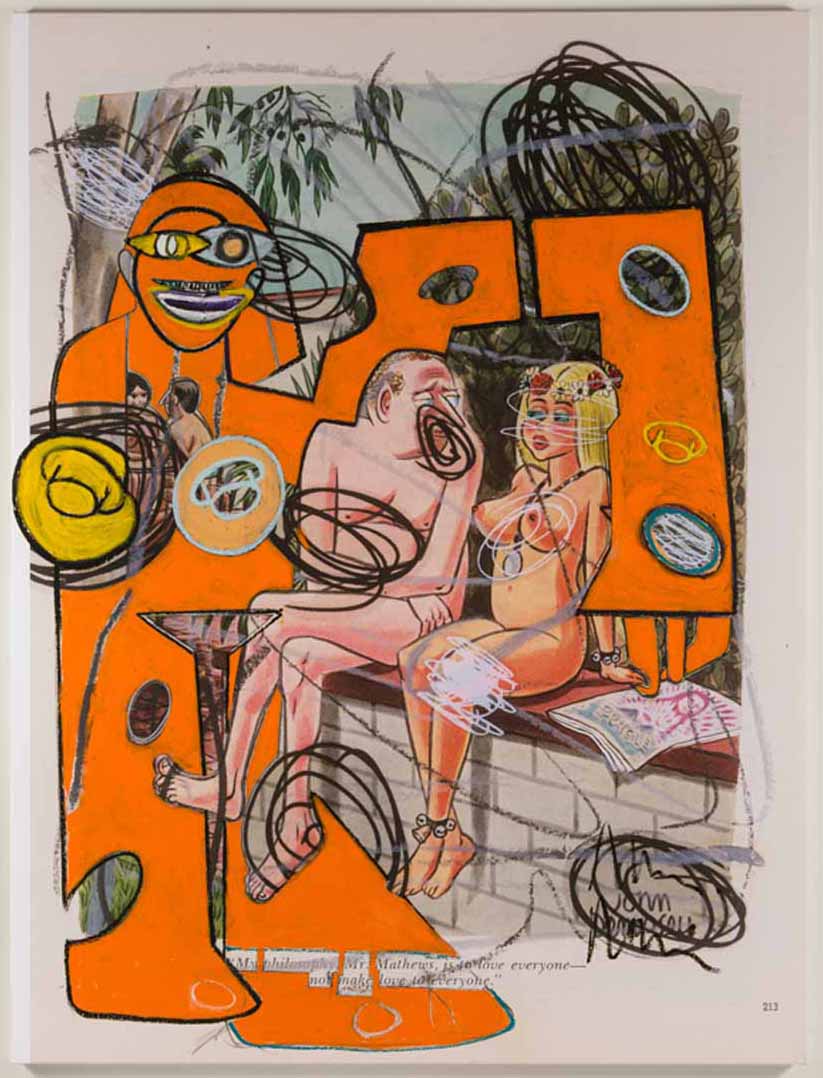